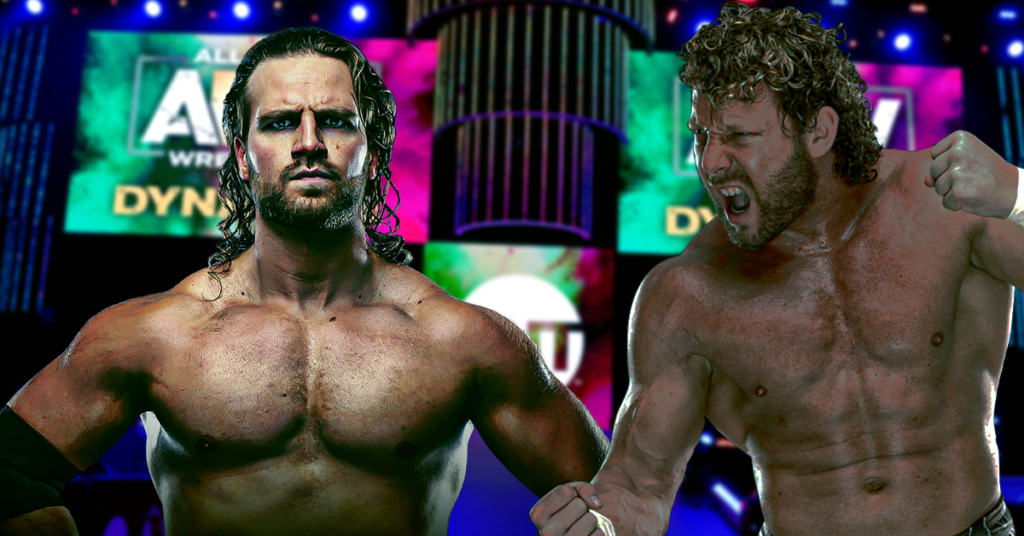 Bryan Danielson looks set to join CM Punk as the next big stars in AEW. With rumours of Adam Cole and Bray Wyatt joining All Elite wrestling, the question has to be asked. Does AEW have too many wrestlers? Is their roster too big?

The question is a tough one to answer, but I’ll do my best to give my view on the matter. With AEW Dynamite coming up to its third year on the air soon, AEW has gone from wrestling start up to the best wrestling show out there.

Does AEW have too many wrestlers?

Each episode of Dynamite feels different. Every wrestler seems to have something to do, and it’s never the same thing twice. Of course there are exceptions to the rule. The Darby Allin vs Team Taz feud did drag on a bit, and have Taz interupt Allin every week. It did get tiresome, and AEW are by no means perfect.

AEW likes to feature as much talent on its show as possible, giving the up and coming stars a chance to shine. The like of Wheeler Yuta and Danny Garcia made recent debuts and had feature matches in AEW. This was made possible by the stepping aside of top stars like Hangman Adam Page and Cody Rhodes.

AEW have managed to find the line between over and under using their talents. They aren’t afraid to give their top stars weeks, or even months, off, to regroup and get the fans excited for their return. As the old saying goes “How can they miss you if you won’t go away?”.

Cody Rhodes, one of the most popular AEW stars, has been gone for weeks after losing to Malakai Black. He’s previously spent time off after a loss to Brodie Lee as well. This both makes the men who beat him look stronger, and makes the fans want to see him back again even more. This constant rotation of stars helps to hide AEW’s large roster.

However, this doesn’t always go to plan. I would argue that AEW made a mistake in the way they have handled Hangman Adam Page in recent weeks. The Dark Order, finally on the same page with Hangman, took on the Elite at AEW Fight for the Fallen. If the Dark Order won, then Page would get a shot at Kenny Omega’s World heavyweight Championship. However, Page’s team lost, and after he was attacked the next week, he hasn’t been seen since.

Whilst the rumour going around is that Page has left due to his partner giving birth, it still seems like a missed opportunity. Adam Page was at the height of his popularity. People are dying to see the Cowboy win the AEW World Heavyweight Championship. It just seemed like the right time, but if that is the reason why he’s missing, I cannot blame AEW for missing the mark.

Page’s omission has meant the Dark Order has taken a bit of a back seat on Dynamite for the time being. Luckily, AEW’s tag team division has really showcased it’s immense depth in recent weeks. This has given AEW tag teams more time to have the spotlight on them on AEW Dynamite.

2.0, newly signed after their WWE release, have formed a trio with Danny Garcia. They are embroiled in feuds with Darby Allin, Sting, Jon Moxley, Eddie Kingston and CM Punk at the moment, and going from strength to strength. The likes of Private Party, Butcher and the Blade, Proud and Powerful and the Best Men are getting more TV time than ever. AEW has managed to rotate tag teams in and out of contention on their TV shows, making every match feel different.

One thing AEW has done incredibly well compared to WWE is the rematches that take place on their shows. Reddit user miber3 compiled a list of the times both WWE and AEW had matches that had taken place multiple times on TV or PPV in 2021.

The results were staggering. Only 16 matches in AEW in 2021 have been rematches. Only one pairing (Cody Rhodes and QT Marshall) has faced each other three times, and one of them was an “Exhibition match” which didn’t count toward the ranking.

All the matches on the list had rematches that were part of the story, and usually upped the ante every time the rematch took place. For instance, the Pinnacle vs The Inner Circle took place twice in AEW. However, both matches were incredibly varied. One was the Blood & Guts match inside the double ringed cage. The other was the second ever Stadium Stampede, which happened inside the Jacksonville Jaguar’s stadium.

In comparison, WWE in the same time period had a staggering 160 rematches on their shows. The most being Apollo Crews vs Big E, which took place 6 times. AEW have managed to use their large roster to make sure that every match is unique, sans 16 matches this year. That calculation was made over matches on AEW Dynamite/Rampage and Raw/Smackdown. On average, WWE has had 3 hours more TV time than AEW before Rampage’s debut. Despite having 60% more TV time, they have had 10 times the amount of rematches than AEW, showing how AEW manages to utilise it’s larger roster better.

Currently, AEW has 73 men signed on permanent contracts to it’s men’s division. In addition, it they have 23 women signed to the promotion. While this may seem like a lot, lets look at the latest episode of Dynamite. According to BleacherReport, 35 wrestlers made an appearance, in a promo or match segment, this past week. This this is almost half of the active roster, and missed out some key names.

Big stars like Cody Rhodes, ‘Hangman’ Adam Page, Malakai Black and Jon Moxley all had no part in the show. However, the show still felt like a complete show, and didn’t feel like it was lacking in big stars. AEW has managed to spread out it’s stars, and made almost every wrestler feel like they could be the main event.