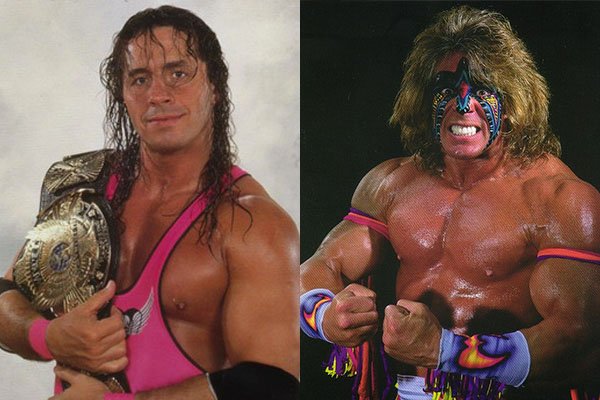 WWE Hall of Famer Bret Hart is not one to shy away from calling out people he feels deserves it. From Shawn Michaels to Vince Mcmahon to Bill Goldberg, if Bret has a problem with you, you know. Especially if Bret Hart thinks you’re a piece of shit, like the Ultimate Warrior.

In my book “Hitman”, Hart recalls a time when then WWF champion Ultimate Warrior (real name Jim Helwig) had a meeting with a dying make-a-wish child that went array.

“There was not a hair left on his head. Not even his Warrior face paint could mask his sad eyes.” Bret said about the young child who came to see the WWF champion. “Sickly pale and barely breathing through a ventilator tube. The boy wore a purple Warrior T-shirt and green and orange tassels tied around his biceps to honour his hero.”

“His mother and father and an older brother and sister were with him. Patiently waiting for the promised encounter with The Ultimate Warrior. I bent over to say hello, as did all the other wrestlers on the way into the dressing room. It was odd, but there was Warrior actually sitting with us. He usually kept to himself in his private dressing room.”

“By the time the third match started, a WWF public relations rep poked his head in and politely asked Warrior if he was ready to meet the dying boy. Warrior grunted, “In a fuckin’ minute. I’m busy.”

The fact that the Ultimate Warrior would stoop so low according to Bret Hart as to blow off a dying child speaks volumes. With his anti gay views and general horrible personaliy, however, it is not surprising.

“I thought to myself, Busy doing what, talking to a bunch of guys you can’t stand anyway? As the night wore on the family waited just outside the dressing room door, the boy hanging on to his dying wish to meet his hero. As I was returning to the dressing room after my match, I was relieved to see that they weren’t there any more; I assumed that the kid’s wish had come true.”