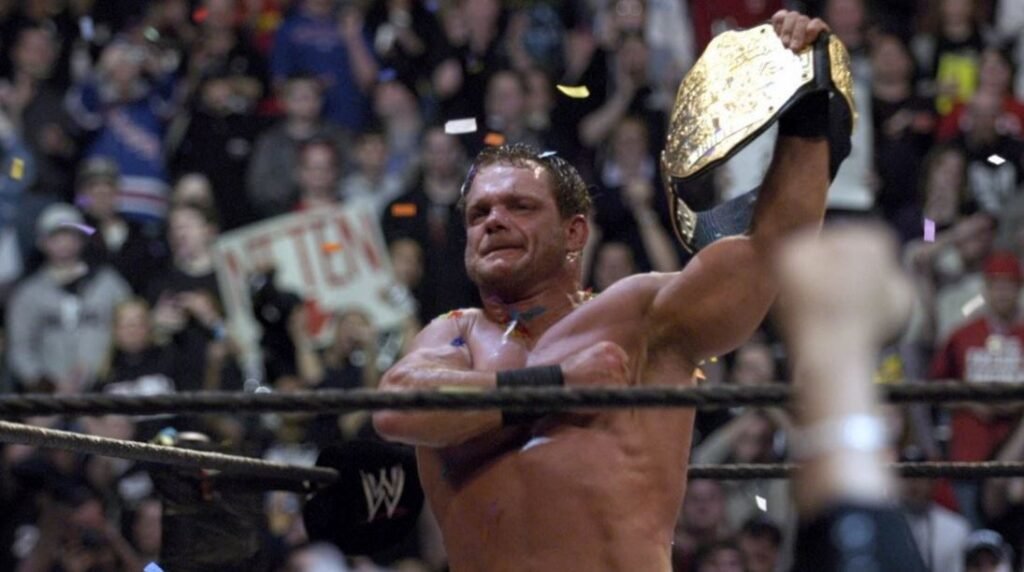 Chris Benoit was drafted to ECW during the 2007 WWE draft after Wrestlemania 23, making him one of the top names of the brand instantly. He was a former World Heavyweight Champion in WWE and rightly considered to be one of the finest wrestlers in the world.

The Championship had been vacated after previous champion Bobby Lashley had been drafted from ECW to Raw. He was forced to drop the championship by Vince McMahon, who he had been feuding with since Wrestlemania 23, as the pair traded the belt back and forth.

The tournament featured 4 of ECW’s top stars. In the opening rounds, Chris Benoit defeated Elijah Burke, whilst AEW star CM Punk defeated Marcus Cor Von. Both men moved forward to the final match at Vengeance 2007 for the ECW Championship, although the match vs Elijah Burke

Was Chris Benoit supposed to be the ECW Champion?

CM Punk vs Chris Benoit was the advertised match for the event, although that match never took place. Chris Benoit did not show up the house shows prior to PPV, citing illness in his family. However he gave no explanation as to why he missed Vengeance 2007, instead just not turning up with no warning.

CM Punk vs Johnny Nitro replaced the match, despite Nitro not being part of the initial tournament. He would defeat CM Punk in a shock victory and reclaim his first and only ECW Championship. However, CM Punk would beat him for the Championship some weeks later.

Meanwhile, the next night Chris Benoit was found dead in his home, along with his wife and son. The “Vince McMahon is dead” angle was immediately cancelled, along with the planned Vince McMahon funeral for Raw that night. Instead, Vince McMahon announced a tribute show for Benoit, who had wrestled in WWE for nearly a decade.

It would later come out that Chris Benoit had killed himself after murdering his wife and son. It was one of the most heinous acts of a wrestler ever, and it caused his legacy in WWE to be scrubbed from the record books.

The name Chris Benoit has not been mentioned on WWE TV since the ECW episode after his death. Vince McMahon appeared on TV before the broadcast to announce that WWE would never air any mention of “Mr Benoit’s” name on WWE TV and that the nights program was dedicated to anyone who was affected by his actions.

While Chris Benoit’s ECW Championship reign never happened due to his death, both CM Punk and Johnny Nitro enjoyed great runs with the championship and further careers in WWE. CM Punk now wrestlers for AEW, whilst John Morrison was released by WWE in November 2021. He currently wrestles as Johnny Superstar and Johnny Caballero on the independent scene.

Would you have liked to see a Chris Benoit ECW Championship run? Let us know in the comments or click below to read more