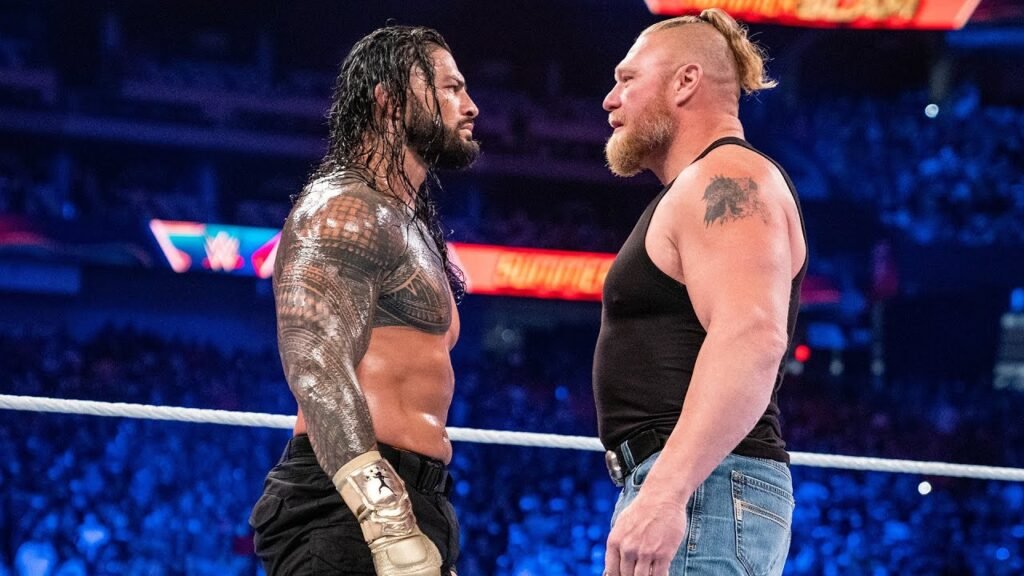 Roman Reigns and Brock Lesnar have wrestled each other 8 times in WWE, including singles matches, triple threat matches and Fatal 4 Way Matches. They have main evented Wrestlemania 3 times against each other, we both men winning 1 match each (Seth Rollins cashed in his Money in the Bank contract to add himself, and win, their first match at Wrestlemania 31).

The series of matches has drawn the ire of the fans, who are in desperate need to see anyone other than the two men in Championship matches in WWE. Both men have had more than one year long World title reigns in WWE, with the duo considered two of the best WWE wrestlers of all time.

How many times has Roman Reigns beat Brock Lesnar?

Lesnar would go on a winning streak against Reigns next, however. He pinned The Big Dog in a Fatal 4 way match for the Universal Championship, also involving Braun Strowman and Samoa Joe, at Summerslam 2016. Brock Lesnar would also defeat Roman Reigns in the Wrestlemania 34 main event and at the WWE Greatest Royal Rumble 2018, defending his Universal Championship both times.

Some facts about Roman Reigns beating Brock Lesnar include:

Did you know how many times Roman Reigns beat Brock Lesnar? Let us know in the comments or click below to read more