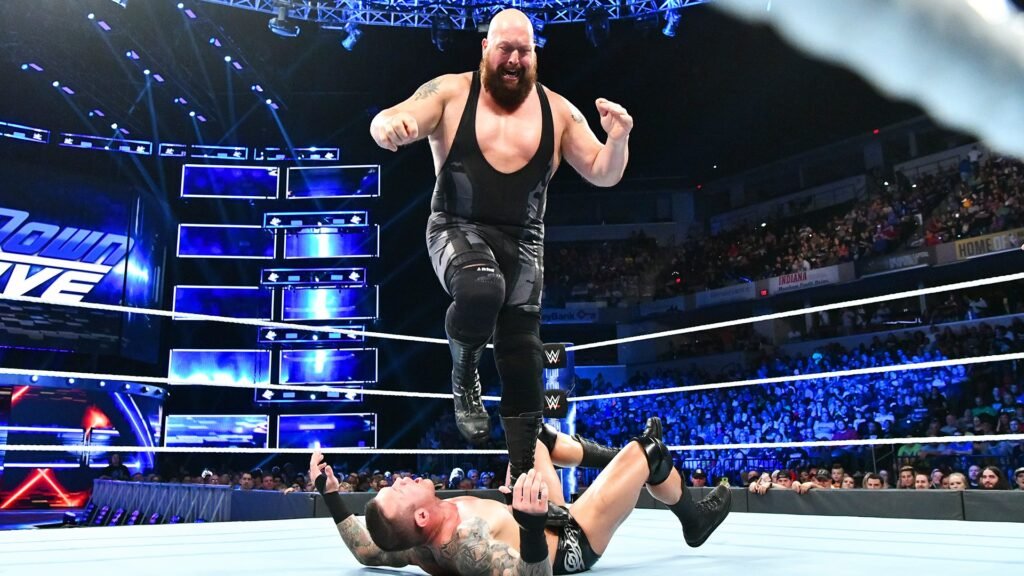 Few men can boast a career so legendary and so Hall of Fame worthy than The Big Show. Now known as Paul Wight in AEW, The Big Show is one of the largest wrestlers of all time and one of the greatest giants to ever grace the sport.

He stands toe-to-toe with Andre the Giant (once billed as Big Show’s father) in the list of top big men and in the twilight of his career is beginning to be appreciate for the talent that he was.

His career started as well as anyone could ever imagine. In Big Show’s first match he defeated Hulk Hogan for the WCW Championship, becoming a world champion upon his debut in wrestling. Not just in WCW, in wrestling.

He was green as anything and nowhere close to the worker he later became, but his large size and incredible aura left fans stunned and afraid of the monstrous giant.

Standing at 7 feet tall, Big Show is known as “The World’s Largest Athlete”. This moniker has helped shape his character in WWE over the last 20 years and has catapulted him to stardom.

Along with hard work and a surprisingly good promo for such a big man, he has won the WWE, World Heavyweight and ECW Championships in WWE, being the only man to hold all three.

This alone would be enough to crown him as a member of the WWE Hall of Fame, but Big Show has done so much more that he deserves to go in as a headline act.

He has had numerous entertaining feuds over the past 20 years, including against the likes of John Cena, Daniel Bryan, Roman Reigns, Triple H, Steve Austin, The Rock and many, many more.

Few men have had such an incredible career as The Big Show. Now in his twilight years, he wrestles occasionally for All Elite Wrestling (AEW) as well as working on commentary on AEW Dark: Elevation. His wrestling days seem numbered, but one question still goes begging;

Is Big Show in the WWE Hall of Fame?

Is Big Show in the WWE Hall of Fame?

The Big Show is currently not in the Hall of Fame. He is definitely destined to be inducted once he retires from wrestling, based on his incredibly successful and varied career. He has won championships in WWE, WCW and ECW, main evented Wrestlemania, wrestled all the top stars in the world and even competed in a Sumo Match at Wrestlemania (no, really)

Despite his size being the one thing you notice about the Big Show, his WWE Hall of Fame career has proven he is so much more. He can do comedy (he has starred in movies and his own TV Show “The Big Show Show”) he can serious, he can do angry, he can do emotional.

He squash anyone like a bug under his thumb, and he can make anyone like a star by taking a single bump. He is the ultimate company man, doing whatever was asked of him and never complaining. Even is that thing was dressing like a giant baby, live on TV, and dancing around like a moron.

He is one of the most unselfish wrestlers around. You will never hear stories about the Big Show refusing to do a job, even to somebody half his size like Floyd Mayweather at Wrestlemania 23. He is the consummate professional who added something to every segment he was in, even at the end of his career when the fans failed to appreciate the WWE legend as they should.

When he does finally get in, likely after his AEW contract expires, The Big Show will go into the WWE Hall of Fame as a first ballot, main event level Hall of Famer.

Did you know that the Big Show wasn’t in the WWE Hall of Fame? Let us know in the comments and click below to read more