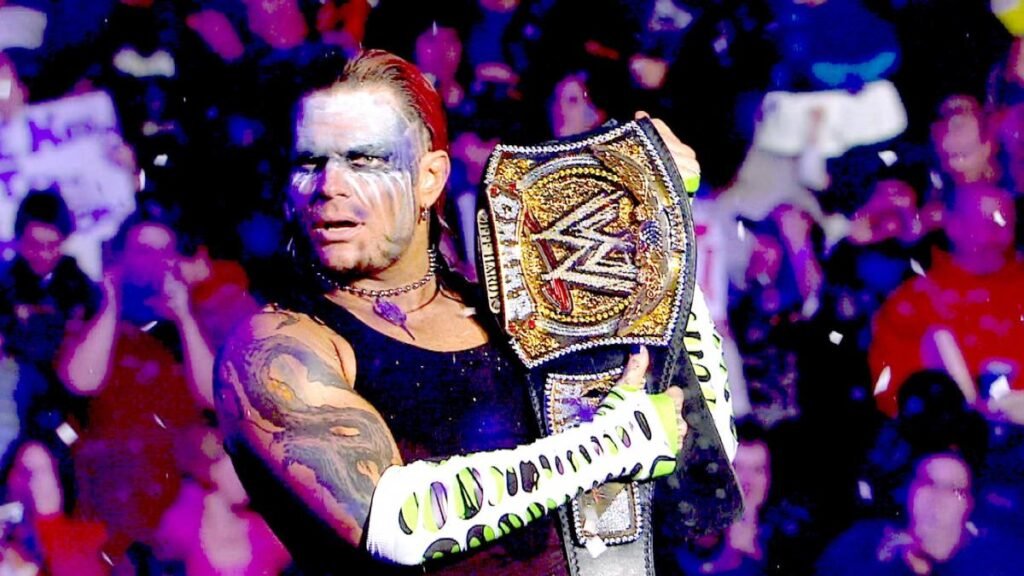 Jeff Hardy recently walked out on WWE and was fired for his actions, and looks set to debut in AEW soon. A Hardy Boyz vs Young Bucks match seems likely, but that’s not the only reason the Charismatic Enigma was in the news this week.

Jeff Hardy recently rejected the WWE’s offer to return to the company, and the chance to be inducted into the WWE Hall of Fame. However details have recently emerged as to the reason Hardy turned down a spot in the hall of fame, as revealed by his brother Matt Hardy on his Twitch stream.

On the livestream, Matt Hardy once again reiterated that the drug test Jeff Hardy took prior to being fired by WWE was clean. WWE reportedly fired Hardy after he refused to go to rehab, while the test being negative showed how short-sighted and untrustworthy WWE were.

However that still was not the reason why Jeff turned down the WWE Hall of Fame.

Why isn’t Jeff Hardy in the Hall of Fame?

Why isn’t Jeff Hardy in the WWE Hall of Fame this year? Well, according to his brother Matt Hardy, the former WWE Champion only wanted to be inducted alongside his brother as part of the legendary Hardy Boyz tag team.

“Jeff asked [WWE], ‘So you want to induct me into the Hall of Fame?’ And he said, ‘Well let me ask you, I know you guys have spoken with AEW. Is this going to be the Hardy Boyz? Is this myself and my brother Matt?’”

“Matt said, “He definitely stood up for the team of the Hardy Boyz.”

Jeff Hardy was a sure thing to be inducted into the WWE Hall of Fame. As a singles wrestler, he won both the WWE and World Heavyweight Championship and had a number of incredible moments and matches in the WWE.

The Hardy Boyz, the team comprised of brothers Matt and Jeff Hardy, were one of WWE’s most popular tag teams of all time. The duo won multiple tag team championships, and tagged together for over 20 years in a number of promotions.

Fans are already salivating over another Young Bucks vs Hardy Boyz match,, so lets hope that we get to see that dream match inside an AEW ring.

Check out our article on the 10 best matches of Jeff Hardy’s Career so far.