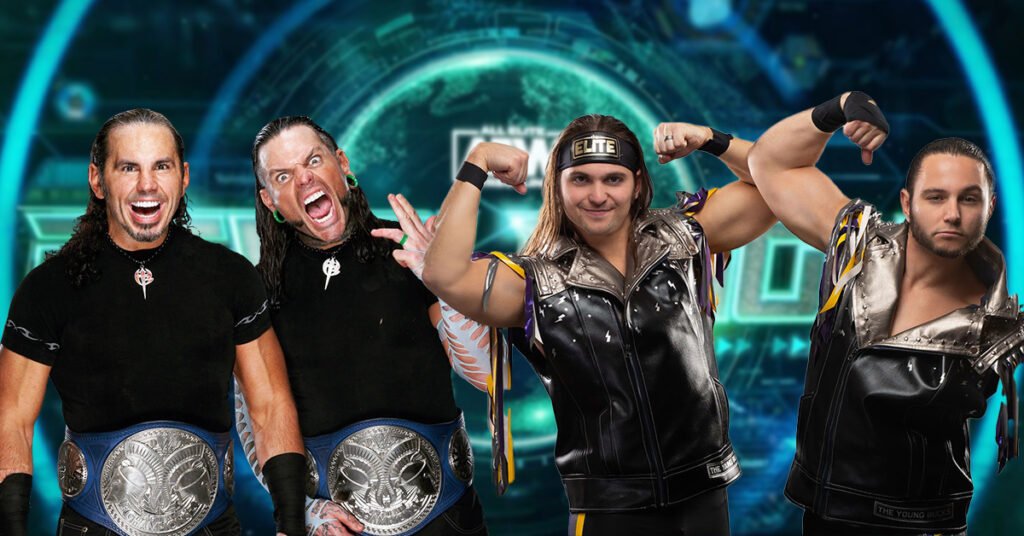 The dream rematch of The Young Bucks vs The Hardy Boyz could be soon a reality, with the two teams looking set to face off in AEW.

Jeff Hardy was released by WWE in December after a house show incident, Hardy has been heavily teasing a Hardy Boyz reunion, and with brother Matt Hardy already signed to AEW, it seems likely that the match could be on AEW Dynamite or even AEW Revolution 2022.

Jeff Hardy has spoken at length recently about his desire to reunite with his brother for one last tag team run. The pair returned to WWE at Wrestlemania 34 as a surprise tag team, winning the WWE Tag Team Championships in their first night.

However, their return was lacklustre. Eventually both men were released, most recently Jeff Hardy after he refused to go to rehab after a house show incident. It later came out that he was neither drunk nor on drugs, and that WWE acted prematurely on firing him. They later offered him a new deal and a spot in the Hall of Fame, which the Charismatic Enigma refused.

The Young Bucks, fellow brothers Nick and Matt Jackson, also fanned the flames of speculation recently on twitter. On a video showing highlights of one of their previous matches with The Hardy Boyz, they commented with a drooling face, leaving fans to speculate that they were excited for a potential rematch.

In addition, they changed their bio once again this week, this time explicitly referencing the recently released Jeff Hardy. Referencing a mistaken pronunciation by former WWE announcer Mike Adamle, they wrote “Bring Us Jeff Harvey”.

You can watch the first ever encounter between the two sets of brothers down below, or click the “Next Article” button to read more of our professional wrestling pieces.