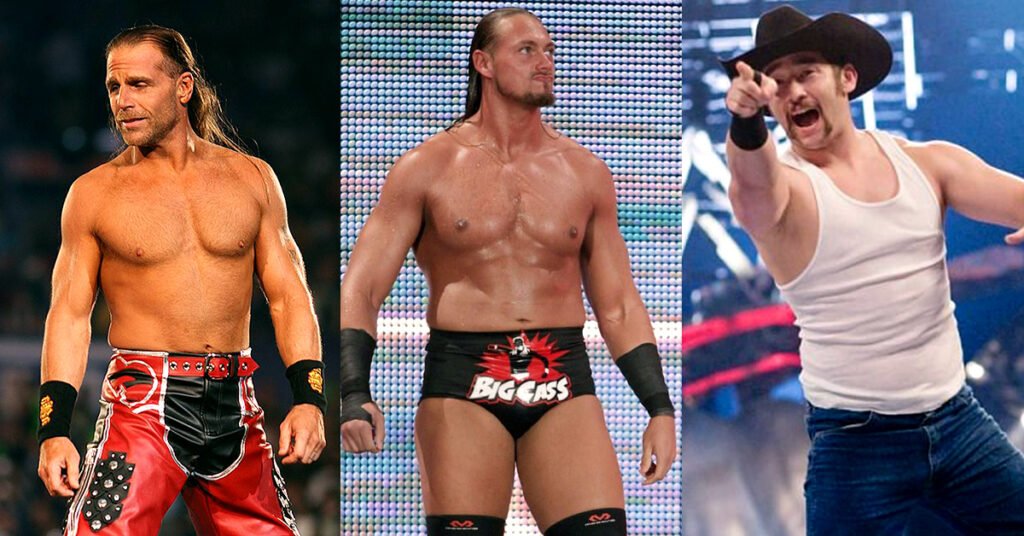 There have been many great tag teams in WWE. However, some of the best tag teams have never won the WWE Tag Team Championships.

The likes of the Road Warriors, the Brothers of Destruction and the New Day can all claim to the be the best of all time. They each have had incredible world title reigns, and are some of WWE finest tag teams.

However, there are some great WWE tag teams who should have won the tag team championship, but never did.

Here are five of the best teams that never tasted tag team gold. If you have any suggestions as other teams who never won the titles, leave a comment in the comment section, or tweet us at @atletifo

Teams that never won the Tag Team Championships in WWE

Jimmy Wang Yang was a Japanese-American Cowboy who was a fixture of Smackdown in the mid 2000s. He was partnered by Shannon Moore, a tattooed cruiserweight who looked frankly ridiculous.

The pair were a great high flying tag team, who were one of the most exciting teams on Smackdown. Jimmy Wang Yang’s incredible Moonsault finisher was one of the highlights of wrestling every week.

The pair faced of with multiple tag team champions, but never managed to win the big one. They beat WWE Tag Team Champions the Miz & John Morrison in a non-title match, but lost the subsequent title bout.

Jimmy Wang Yang was suspended shortly after, and eventually released in 2010. He now runs a party bus in Ohio.

While Breezango did win the tag team championship in NXT, they never won the WWE Tag Team Championships. That had an opportunity against the Uso’s in 2016, but did not manage to win the title.

The duo were one of the most over teams on Smackdown live after the 2016 draft. They had a incredibly entertaining segment called “Fashion Files”, which depicted the pair as detectives solving mysteries.

The segments made them some of the most over wrestlers on a golden era of Smackdown. Sadly, WWE being WWE, they moved them to the WWE website and quietly forgot about them without any closure.

I will die on the hill that Breezango were one of the best tag teams to never win the WWE Tag Team Championship.

Money. Money. Yeah. Yeah. Those four words inspired a nation of children, and turned them to a life of crime and weird dancing.

Not really, but Cryme Tyme were a really great tag team. Looking back, some have called them a racist caricature of black people, but I still loved them regardless. I always used JTG’s entrance for my own when playing Smackdown vs Raw 2008.

JTG and Shad had chances at the WWE tag team championships, but never managed to win them. The pair came closest against the team of Chris Jericho and Big Show, but fell just short.

Due to backstage heat, the pair never became champions in WWE. JTG was released in 2013, while Shad sadly passed away last year saving his daughter from drowning.

The fact Enzo and Big Cass didn’t win any tag team titles is disgusting. WWE haven’t dropped the ball this hard on a team in a long long time.

Fans got to watch the team form, grow and become the most popular tag team in WWE before their very eyes. They were the biggest stars in NXT, with the fans deafeningly shouting their entrance catchphrase along with them.

Enzo & Big Cass went to the main roster and were equally as possible. They were set to win the WWE tag team titles at Wrestlemania 33 in a three way ladder match. Unluckily for them, The Hardy Boys (Matt and Jeff Hardy) made their long awaited return, and won the titles for themselves.

Shortly after, the pair broke up and feuded with one another. Big Cass would suffer an ACL injury and eventually be released. Enzo Amore found success in the cruiserweight division, but a rape accusation caused him to be fired from WWE.

The pair have since reconciled their team on the independent scene. The door is not shut for them, so maybe one day they could be a team who wins the WWE tag team championships.

This one is one that you would not believe. I certainly didn’t when I read it. Despite being one of the best tag teams of the 1980s and 1990s in WWE, the Rockers never won the WWE Tag Team Championships. Their fast paced matches and impressive double team moves wowed fans, who had never seen workers like Marty Jannetty and Shawn Michaels.

The key word here being OFFICIALLY.

However, the top rope snapped before the first fall in this “Best 2 out of 3 falls matches. The four men did their best to work around it, and produced a fine match by all accounts.

However, due to the breaking rope, Vince McMahon decided the match was not fit to air on TV. Vince didn’t want the lasting memory of the Rockers title win to be that of a snapped top rope ruining the show.

Thus, he reversed the decision, cancelled the match and decided to give them the belts some time later.

Sadly, that time never came. A year later, Shawn Michaels would turn on Marty Jannetty, throwing him headfirst through a barbershop window and turning heel. Michaels would go on to be WWE Champion and in the Hall of fame, whilst Jannetty would not amount to much in the WWE.

Despite the phantom title win, the Rockers remain the best of the teams that never won the tag team championships.

I hope you enjoyed reading our list of teams that never won the WWE tag team championships. Check out some of our other articles below: