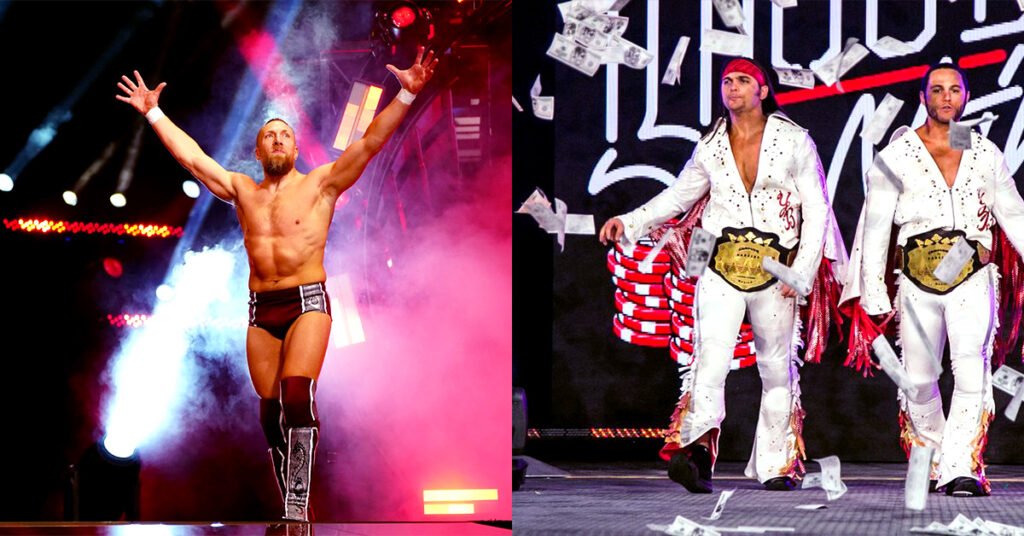 In their hit book “Killing the Business”, the Young Bucks talk about a match they had in PWG. They faced Bryan Danielson and Roderick Strong, two of the biggest names on the independents.

The Young Bucks were still high flying, babyface tag team. Very much in the mould of the Hardy Boys, or the Rockers before them. Nick and Matt Jackson had long felt they needed to turn heel, and the fans agreed.

The fans booed the pair as they made their way into the arena, and did not stop there. All through the match, despite them being the good guys, the Young Bucks received lots of boos.

Wanting to change that, Bryan Danielson and Roderick Strong had an idea that didn’t quite go to plan…

“For the last match of the evening we were booked against Roderick Strong and Bryan Danielson. Both were average-sized guys but heavy-hitting technical wrestlers, most known for their amazing matches at ROH.

Bryan Danielson was then the most popular independent wrestler on the planet, and by far the most respected. The plan was for us to beat them next in the finals and continue a winning streak that we had going for quite some time. Bryan and Roderick just watched the crowd turn on us completely but had a plan to try to fix it.”

“This is going to sound strange, but we’re really going to have to give you guys a beating tonight to make this work,” Bryan said. The idea was, if we could suffer enough damage, we could get the crowd to sympathize with us and get them back on our side.

Too stubborn, Roderick and Bryan were convinced they could still flip the crowd, so they continued to give us a beating. The crowd continued to cheer. Finally, feeling taken advantage of, Matt and I began to defend ourselves, and suddenly the match felt like a real fight.

But the more we fought back, the harder they hit us back. And the harder they hit us, the louder the bloodthirsty fans got. All our chests were purple and blistering. And while Bryan continued to deliver multiple stiff elbow strikes to my head, I yelled, “Okay! That’s enough!” I didn’t want to look like a punk, and I respected the hell out of Bryan, but I simply couldn’t take any more.”

Bryan Danielson and The Young Bucks

To read the Young Bucks book “Killing the Business”, click our Amazon Affiliate link to purchase it on Amazon.