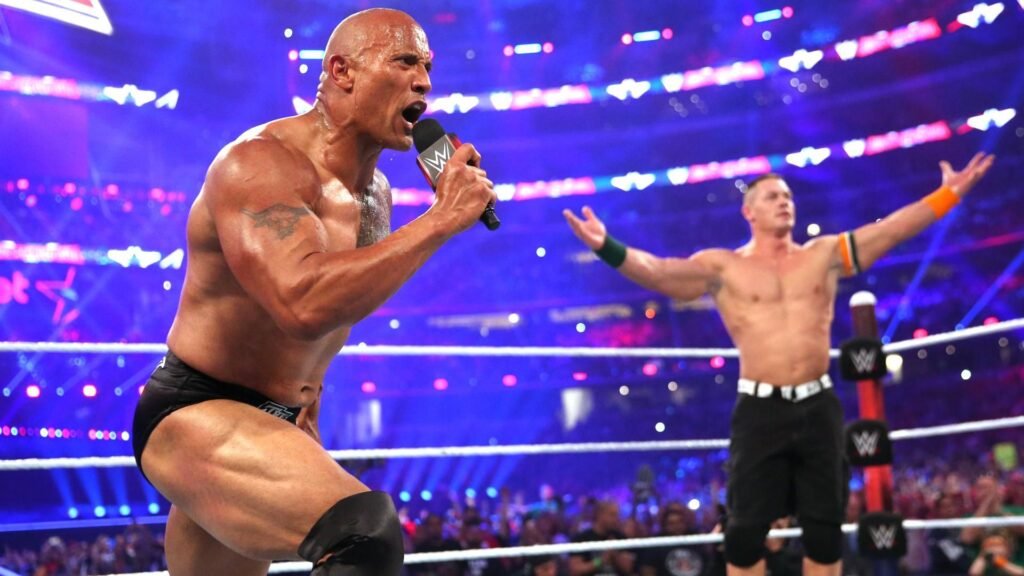 The Rock is one of the greatest of all time, and has wrestled in some of the biggest matches ever. Main event programs with Steve Austin, Hulk Hogan and Triple H have elevated him into the biggest star in wrestling history and a future WWE Hall of Famer.

Many people remember his match with John Cena at Wrestlemania 29 as The Rock’s last match. However, you may be shocked to hear he has had one more match in that time, against an opponent you never would have guessed…

The Rock’s last match was against Erick Rowan at Wrestlemania 32. The Hollywood star was the host of Wrestlemania that year, coming to the ring to reveal the record attendance for that years event. He was then interrupted by The Wyatt Family, who surrounded the ring and purported to attack the Rock.

However, The Rock then removed his tracksuit to reveal he was wearing his wrestling gear underneath. It was then decided that The Rock would face Erick Rowan in a match, rather than Bray Wyatt or Braun Strowman who came out with Big Red.

The bell rang for The Rock’s last match, and he immediately hit Erick Rowan with the Rock Bottom, his finishing move. He then pinned Rowan, getting the three count and winning the match. The match was the shortest in Wrestlemania history, lasting just six seconds from bell to bell.

The Wyatt trio then began to attack The Rock, who was outnumbered and destined to be beaten down due to the numbers disadvantage. Luckily, his old rival John Cena’s music hit, and the 16 time world champion made a surprise return to WWE from injury.

John Cena sprinted down to the ring to the aid of his Wrestlemania 28 & 29 opponent, fighting off the Wyatt Family and standing side by side with The Great One.

So far, this was The Rock’s last match in WWE. Whether he will wrestle again is unknown, although there have been rumours of a Wrestlemania 39 main event of The Rock vs Roman Reigns. A final match against his cousin on the biggest stage possible is the perfect way for a legend like The Rock’s last match.

What did you think of The Rock’s last match? Let us know in the comments or click below to read more.