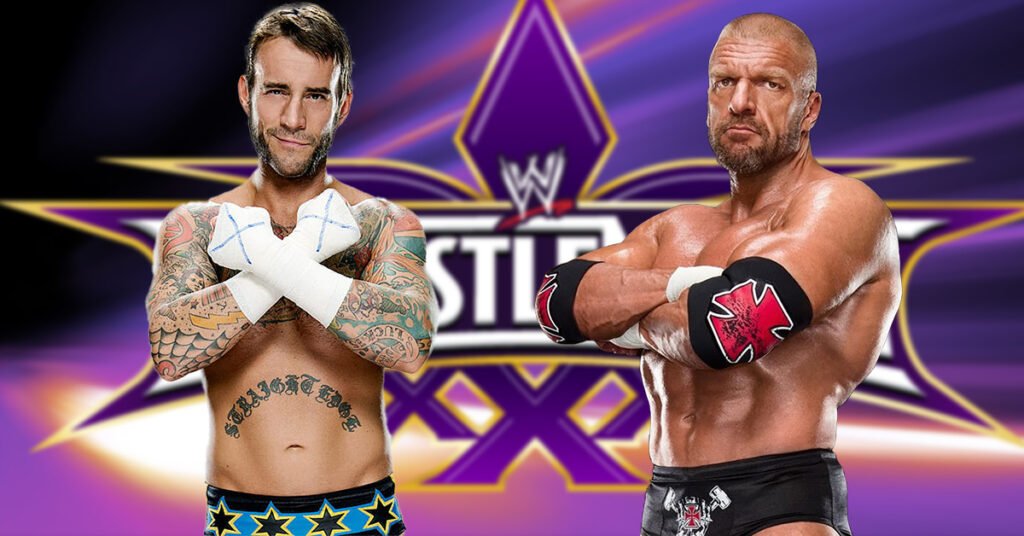 If you go back to the 2014 Royal Rumble, nobody had any clue what the plan was for Wrestlemania 30. Whilst the original plan for Wrestlemania seemed to not involve Daniel Bryan in the main event, nor The Undertaker in a marquee in match defending the Streak, WWE’s hand was forced when CM Punk walked out on the company and fans refused to let Daniel Bryan’s momentum die.

The show went ahead in April 2014 with CM Punk no longer in the company. He left the company after the 2014 Royal Rumble, citing lies, deception, incompetent doctors and bad booking as his main reasons for leaving. This left a hole in Wrestlemania 30, leading to WWE forcing a reshuffle of it’s show and changing the whole card around the compensate.

Without Punk, Wrestlemania 30 saw Daniel Bryan pull double duty. In the opener, he defeated Triple H to earn his spot in the main event of the show. There he defeated Batista and Randy Orton to finally become the WWE World Heavyweight Champion, at the culmination of a nearly year long storyline.

Meanwhile, Brock Lesnar faced the Undertaker, infamously ending the legendary undefeated streak of the Phenom. It was a match with very lacklustre build and fans could not believe their eyes when Lesnar covered a severely concussed Deadman and ended the Undertaker’s Wrestlemania winning streak.

However, the original plans for Wrestlemania 30 were very, very different. In this article I will reveal what WWE really had planned for their biggest show of the year, before CM Punk quit the company and forced their hand into finally giving Daniel Bryan the crowning achievement he so deserved.

WWE are the most stupid, most creatively void company in the world. Yes, I am still sore about the fact that they did their best to ignore Daniel Bryan’s meteoric rise to a main event star and tried to book him in a “thrice in a lifetime” Wrestlemania match against Sheamus.

Sheamus returned to the show after a long injury layoff at the 2014 Royal Rumble, to a resounding “eh” by the crowd. Now, people did like Sheamus. He was definitely fine. But want to see him in the main event? Not even slightly. Ruining Daniel Bryan’s big day by forcing him to wrestle Sheamus in a match that literally nobody wanted to see again?

It would have killed Sheamus, Daniel Bryan, Batista and Randy Orton in one fell swoop had this match taken place. Thank God for CM Punk for sacrificing seven years of his career so we didn’t have to watch Sheamus vs Daniel Bryan again.

Batista returned to WWE in 2014 and instantly won the 2014 Royal Rumble, that was clearly being earmarked for a Daniel Bryan triumph. Any sane booker would have had Bryan win the match, and given Batista another top tier opponent at Wrestlemania like Triple H, or a blockbuster clash with Brock Lesnar.

Instead, they booked one of the most boring main events in WWE history. On their day, Batista and Randy Orton are two of the greatest of all time. But putting them together in a Wrestlemania main event whilst the likes of Daniel Bryan and CM Punk fill up the midcard seems like a terrible decision.

Luckily everyone agreed and WWE eventually put Daniel Bryan in the main event, beating both men and helping us avoid watching these two plod through a 20 minute main event that no-one wanted to see.

It was heavily rumoured after Triple H and the Authority forced CM Punk to enter number 1 in the 2014 Royal Rumble and forced Kane to throw him out of the match that CM Punk vs Triple H would be one of the marquee matches for Wrestlemania 30.

Punk had last faced The Game when Triple H ruined the Summer of Punk, pinning Punk at Night of Champions 2011 to the delight of nobody. That loss was just one of many things that explained why CM Punk left WWE. Whilst it was a match against two huge WWE stars, fan could not help but feel CM Punk could be doing more, having recently lost to Undertaker, The Rock and Brock Lesnar without picking up a victory.

CM Punk revealed on the Art of Wrestling Podcast that he was set to take on Triple H at Wrestlemania 30. When Vince McMahon told him he’d be in “A Main event” against Triple H, CM Punk simply said “I don’t need to wrestle him, he needs to wrestle me”. It came when Punk was at his wits end, and the next night would walk out of WWE, not to be seen in wrestling again until his surprise debut in AEW 7 years later.

Brock Lesnar vs The Rock

Despite breaking the most legendary Streak in sports, Brock Lesnar was not even scheduled to face The Undertaker at Wrestlemania 30. It had been pencilled in since before Wrestlemania 29 that the big match at that years Wrestlemania would be a rematch of the Summerslam 2002 WWE Championship match, between Brock Lesnar and The Rock.

However, that match was thrown out after The Rock lost to John Cena at Wrestlemania 29. In that match the Rock tore his abdominal and abductor muscles and suffered a hernia whilst losing his WWE Championship, putting him on the shelf indefinitely and putting the brakes of the filming of his hit movie Hercules.

Since then it was become clear that Hollywood insurance companies do not want The Rock wrestling anymore. That and his busy schedule are the main reason that he has not wrestled a real match since and why his match vs Brock Lesnar at Wrestlemania 30 was cancelled.

Instead, Brock Lesnar faced the Undertaker in a match with a very lacklustre build. It seemed like another generic Streak win for The Undertaker, but it would be anything but…