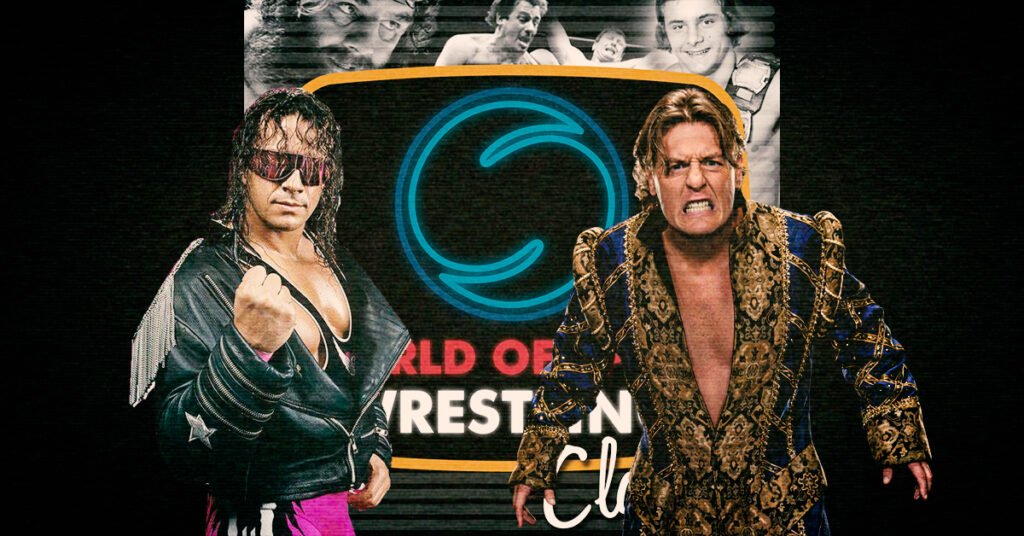 Wrestling in Great Britain was at it’s peak from the 1960s to the 1980s. World of Sport broadcast wrestling from Joint Promotions, and fans would tune in in the tens of millions to watch their favourite wrestlers competing. However, did you know that a number of former WWE Superstars and wrestlers wrestled on World of Sport?

World of Sport was the Saturday afternoon sports program which helped make wrestling a beloved sport across Great Britain. From 1955 to 1988, every Saturday at 4pm, fans would tune in in their million to watch their favourite wrestling stars.

Fans would watch in their droves to see the likes of Big Daddy and Marty Jones take on villains like Sid Cooper and Giant Haystacks. It was a sport that transcended generations, with Granny’s and children alike cheering on their heroes.

While Big Daddy vs Giant Haystacks was the biggest match in British wrestling, it did nothing to help the perception of the sport. Two lumbering super heavyweights were not indicative of British wrestling as whole.

Before them, smaller and more technical wrestling was the draw to the fans. Luckily, this became the style in America in the 1990s and beyond, meaning wrestlers who wrestled on World of Sport could become stars in their own right in the United States.

Here are a list of wrestlers who wrestled for World of Sport, who then went on to become superstars in the WWE.

WWE Wrestlers on World of Sport

Bret Hart grew up in Calgary in Canada, and worked extensively for his fathers own wrestling promotion, Stampede Wrestling. However, he would travel all over the world before settling in the WWE, where he would be one of their biggest stars.

On his way to becoming WWE champion, Bret Hart honed his craft all over the world, with the wrestler having even wrestled in Great Britain on World of Sport.

In Bret’s book, “Hitman”, he details how Davey Boy Smith, after a tour of Germany, got him work wrestling for Max Crabtree, the brother of Big Daddy.

This was in late 1981, and his first match was against King Kong Kirk. Crabtree liked the match so much that he booked Hart, then billed as “Cowboy” Brett Hart against Dynamite Kid in the latter’s hometown.

Hart had a number of matches, both televised and non-televised. He wrestled icons of the British scene, like Pat Roach, Marty Jones and Steve Logan, usually in losing efforts.

Hart’s run would last no more than a month, but he speaks on his time in England with great reverence in his aforementioned autobiography.

One of the finest wrestlers to come out of Northern Ireland, David “Fit” Finlay is a legend of wrestling. He came from humble beginnings, however.

He began his career in Northern Ireland, making his debut by sheer chance. Finlay was not set to wrestle, and had not even began his career yet, but had to fill in when a wrestler no showed at the event.

This started off his career, which he would continue in Ireland for the next four years. He moved to England in 1978, and began working for various promotions which sat under the “Joint Promotions” banner.

He began making regular appearances on World of Sport, becoming one of the most viscous villains on the show. Finlay won many championships in Joint Promotions, and had regular matches on TV with “The American Dream” Steve Adonis (not to be confused with Dusty Rhodes).

He would later move on to WCW, but would have his most successful run in WWE years later in 2006. He is currently a producer for WWE and is lauded for his work with the WWE Women’s division.

The former King of the Ring William Regal started out wrestling in a fairground in Blackpool, before rising to great heights in WCW and WWE. Regal is a former Intercontinental Champion, and has long been held in esteem as one of the finest technicians in WWE history.

However, after learning to wrestle in the fairground at Blackpool pier, Regal got a job working for Max Crabtree at Joint Promotions. Regal was 18 years old at the time, and still honing his craft as a wrestler, so you’d think it was a great place to learn.

However, that would not be the case. He was soon earmarked as the tag team partner of Big Daddy, in his endless battles with Giant Haystacks. Regal’s job was to get beaten down by Haystacks, then tag in Big Daddy to hit the three moves he did and win the match.

Despite earning decent money and gaining huge exposure, Regal handed his notice in after just three months. He cited the reason as wanting to get better. You only get better by wrestling those better than you. Wrestling Big Daddy and Giant Haystacks was not that. At all.

He left the promotion to work for Brian Dixon, another British promoter. He eventually earned himself a spot wrestling in Germany, which turned into work for both WCW and the WWF.

Regal is now a trainer at NXT, and one of the most respected individuals in WWE.

One of the most innovate wrestlers of his day was the Wigan-born Dynamite kid. Real name Thomas Billington, Kid was a junior heavyweight wrestler who turned his insecurities about his size into a worth ethic that helped him strive to be the best wrestler in the world.

Dynamite Kid was one of the worlds most influential wrestlers. His work in Japan, especially against Tiger Mask, was years ahead of his time and influenced junior heavyweight wrestling for the next thirty years.

He had brilliant matches in Japan, as well as in the WWF and in Stu Hart’s Stampede Wrestling. However, he got his start in Joint Promotions working for Max Crabtree in 1975.

His intensity and technical wrestling impressed everyone who worked for the World of Sport Wrestling show. Despite he short stature, he had an explosive offence and technical prowess in the ring that few could match.

He won multiple championships just three years into his career, which earned him praise from across the pond. He was scouted and hired by Stu Hart at Stampede Wrestling in Calgary.

Bret Hart in his book spoke candidly about his first impressions of the Dynamite Kidd.

“Dynamite stood a mere five-foot-eight and was lucky if he weighed 170 pounds. He was two years younger than I was, with a pale, angular face and sandy blond hair. Out of the ring, he wore mod Brit clothes. In the land of ring giants, he suffered from small man’s complex, which would haunt him for the rest of his life.“

Dynamite Kid would eventually move to the WWF, where he would team with Davey Boy Smith as “The British Bulldogs”. He would become WWE Tag Team Champion, but back injuries would eventually cause his early retirement.

By the time he was finished in WWE, there was no World of Sport to return to. Wrestling on British TV was dead, and would not return until the show was briefly revived in 2016.