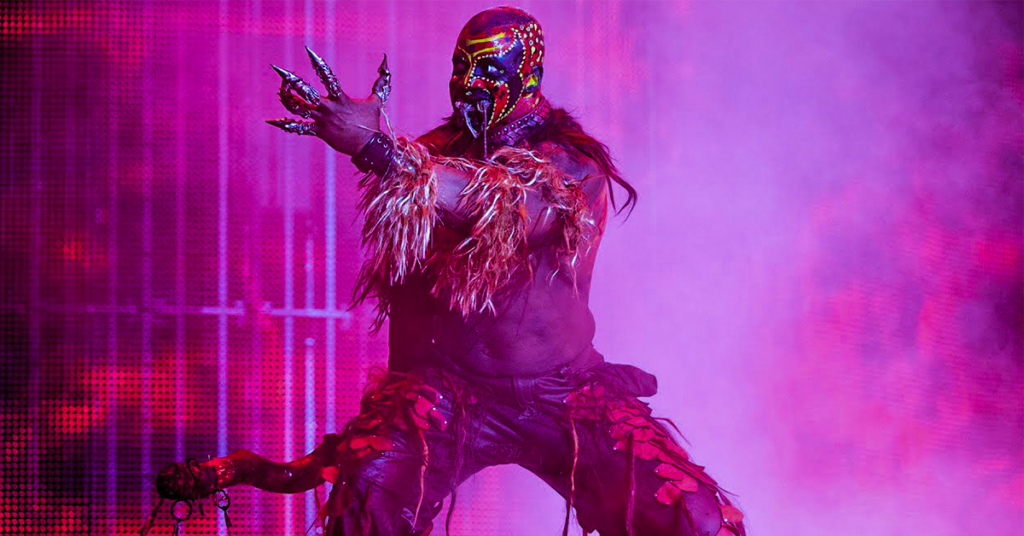 The Boogeyman is one of the most memorable wrestlers in WWE in the mid 2009. Despite his short team stay in WWE, The Boogeyman was greeted with huge cheers when he made a surprise appearance at the 2015 Royal Rumble match. He left WWE in 2009 after Vince McMahon let his contract expire, and had a handful appearances on the independent scene before his 2015 brief return to WWE. But why did the Boogeyman leave WWE in 2009? Why did WWE fire the Boogeyman in 2009? Find out what happened to the former Smackdown and ECW star right now.

Who is the Boogeyman WWE?

The Boogeyman was a character in WWE from 2005 to 2009, portrayed by Marty Wright. Wright took part in the 2004 edition of the WWE reality show Tough Enough, where aspiring wrestlers would try to win themselves a WWE contract and a shot at appearing on WWE TV.

The lie was quickly found out, and Wright was forced to reveal to the show’s producers that he was actually 40 years old. Despite passing the first day of gruelling physical try-outs, he was removed from the competition for failing to disclose his true age.

Most would have called it a day there and packed their bags and gone home. But Wright carried on working, and earned himself an invite to train with the WWE. He was invited to the company’s developmental territory, Ohio Valley Wrestling. He went to OVW to train to become a wrestler. This is where he would develop his famous Boogeyman character

Wright trained with OVW from January 2005 to June 2005. After just six months of training, he made his debut for Ohio Valley Wrestling. He interrupted a tag team match, attacking all 4 competitors. He no sold all of the wrestlers offence, before beating them down even further. His look differed to his appearances on the main roster, with his red face paint substituted for a pair of black horns protruding from his head. It gave us the first glimpse of who is the Boogeyman in WWE.

OVW Commentator Jim Cornette announced him as a “Wrestler who think’s he’s the Boogeyman”, leaning into a more reality based storyline. The Boogeyman corroborated this, after the attack announcing himself to the crowd with his immortal catchphrase “I’m the Boogeyman!”

In July 2005, vignettes began airing on Monday Night Raw hyping the debut of this terrifying Boogeyman. The vignettes were in the style of a horror movie, slowly moving in toward a door before revealing the grinning face of the Boogeyman. It didn’t give us much on who is the Boogeyman on WWE. However, it did show us he was someone to be terrified of.

These vignettes continued for weeks, but were eventually shuffled over to Smackdown where the Boogeyman would eventually debut. He suffered hyper-extended knees whilst they were airing, which delayed his debut until October that year.

He debuted on October that year, and faced off in a series of squash matches, and entered into a feud with JBL moving into 2006. JBL was the WWE Champion only the year prior, so was a huge star for the rookie to face so early in his career. JBL tried his best to put over the demonic Boogeyman, but the feud they had together was terrible.

In one segment on Smackdown, something horrible disgusting happened. JBL and his assistant, Jillian Hall, were guests on Roddy Piper’s “Piper’s Pit” talk show. Jillian as part of her character had a giant, disgusting growth on her face. The Boogeyman made his entrance as he always did, crawling menacingly toward the ring with worms in his mouth. He scared JBL out of the ring, and with one disgusting bite, tore the growth from the face of Jillian Hall. It’s a segment that has remained burned into the memories of many horrified wrestling fans.

Despite this horrendous piece of television, the match that followed it did not impress. JBL did his best to make the inexperienced Boogeyman look good, and fell to his pumphandle slam after a poor 2 minute contest. Later in the night, Rey Mysterio won the 2006 Royal Rumble match, overshadowing the debut pay-per-view bout of the monstrous superstar.

WWE and Vince McMahon were clearly high on The Boogeyman, as he began a feud with WWE Hall of Famer Booker T going into Wrestlemania 22. The feud consisted in lots of worm eating and clock smashing, mainly on The Boogeyman’s end. He took on King Booker and his wife, Queen Sharmell in a handicap match at Wrestlemania. The match clocked in at under four minutes, and after attacking his wife and eating worms, King Booker was pinned by the Boogeyman after a Boogey Bomb.

Sadly, The Boogeyman’s injury worries would continue. A week before his match with King Booker at Wrestlemania, they duo faced at a Smackdown house show. The Boogeyman tore his bicep in that match, which explains the short Wrestlemania match the pair head. The Boogeyman had surgery on the bicep after Wrestlemania. Injuries soon became a part of who the Boogeyman is in WWE, and would be a recurring theme for Marty Wright.

Before he could return from his injury, WWE released Marty Wright aka The Boogeyman from his contract on September 20, 2006. no one knows why WWE fired the Boogeyman, but the release did not stick for long. He was re-signed on the 6th October 2006, just two weeks after his initial release. It was reported that Booker T was behind the decision to get him re-signed, with him considering The Boogeyman a personal project. The Boogeyman was sent to Booker T’s wrestling school, to train his craft in the weeks between TV tapings.

He returned to TV in October 2006, attacking The Miz. He ended the Miz’s undefeated streak at Armageddon 2006, rounding off a mixed year for the rookie. Nevertheless, his performance impressed the wrestling critics. Pro Wrestling Illustrated voted him their Rookie of the Year, and award previously awarded to the likes of Ric Flair, Steve Austin and Kurt Angle. There were high hopes hoisted upon the Boogeyman after this award, but his 2007 year was extremely disappointing.

The Boogeyman began a feud with the Fighting Irishman, Finlay. To counter Finlay’s leprechaun manager, Hornswoggle, the Boogeyman revealed his own sidekick. Named Little Boogeyman, he was a dwarf-version of the monster from the bottomless pit. He took part in multiple tag team matches, and was written off TV after being beaten up by Mark Henry. He also played a midget version of Booker T, in the Mini Royal Rumble in 2008.

The Boogeyman on ECW

Soon, the mystique of his gimmick wore off, and fans saw him as just a bad wrestler. After feud with Finlay and Mark Henry, he was drafted to ECW in the 2008 draft. With the likes of Kevin Thorn, Big Daddy V and Kane on ECW, his monster gimmick should have been more well received on the extreme brand.

He spent his time on ECW in feuds with Big Daddy V and Matt Striker, but didn’t light the extreme brand on fire. With a new face paint style, his biggest match was teaming with CM Punk against ECW Champion John Morrison and Big Daddy V on Saturday Night’s Main Event.

The Boogeyman suffered an injury not long into his ECW run, suffering a torn calf muscle. He also spent time off to have urgent dental work done, and would not return to the brand until November that same year.

He began appearing in non-wrestling roles as well, which included a segment with the stars of Jackass. The Boogeyman met stars Johnny Knoxville and Chris Pontius. The segment ended with Boogeyman spitting worms into the mouth of Pontius.

He had a series of squash matches against enhancement talent on ECW upon his return, but never did anything of note. His last match for ECW was against Kane, just a month prior to Wrestlemania 25. This was also his last WWE appearance, as the next day on March 4, 2009, WWE.com announced his release from the company.

Why did WWE fire the Boogeyman?

Despite his passion and tenacity, the Boogeyman was just too old for WWE. Starting to learn such a gruelling and physical task such as wrestling is hard enough, especially at age 40. He never really progressed in the ring, relying too much on gimmicks like his worms to carry him through. You can count on one hand with no fingers the amount of memorable matches he had. WWE surrounded him with talent like JBL and Booker T, CM Punk and John Morrison and more, but he never really managed to make it click in the ring. WWE did fire the Boogeyman, and the reasons were very clear.

However, as a character, he is one of the greatest. He was so believable as this monster who ate worms that you believed he was just that – a monster. Eating worms and smashing clocks over his head shows a dedication to a character very few people have in wrestling.

Luckily for Marty Wright, he was signed to a legends contract in 2015. He has appeared multiple times in WWE since then, including a Royal Rumble appearance in 2015. He is free to appear on WWE TV whenever available, and could even luck his way into the hall of fame one day.

If you ever wondered who is the Boogeyman in WWE, this is who. Marty Wright was a man with a dream, drive and passion. He took a chance at age forty and people still remember him 15 years later. That is who the Boogeyman is in WWE.