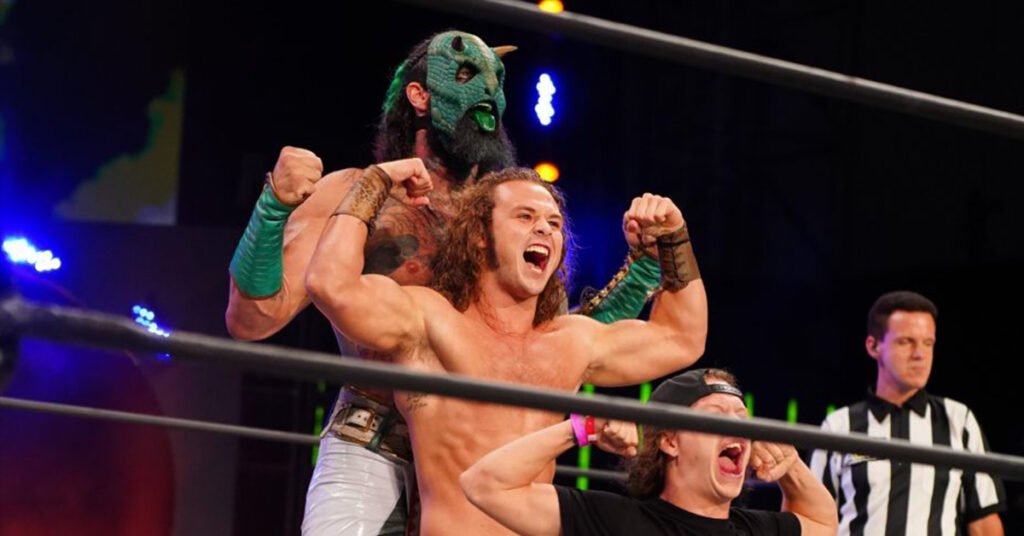 Jurassic Express member Marko Stunt looks set to be released from AEW when his contract runs out, Dave Meltzer reports. Stunt a featured member of Jurassic Express since they began in AEW in 2019. However, he has not been seen in many months on TV, being replaced in the group by former World Heavyweight Champion Christian Cage.

Stunt has received criticism for his size and believability by the likes of Jim Cornette, but has featured heavily in feuds against the likes of FTR in the past. He is also a former BTE Champion on the Youtube show “Being the Elite”. He most recently wrestled in GCW, the Joey Janela ran promotion. In his last appearance he suffered a devastating injury which has kept him out the ring ever since.

In the Wrestling Observer Newsletter, Meltzer discusses the idea that AEW may not renew Stunt’s contract once it expires. It is unknown when his current deal is up, but it is likely it is to be at some time this year. Most AEW deals were three year contracts, and he has been a part of the AEW since it began in 2019.

Marko Stunt hasn’t been on the show for a while. It was even more notable when Luchasaurus & Jungle Boy won the tag titles and he wasn’t brought in. He is still under contract and being paid and AEW is trying to be different from WWE & is not releasing people who are under contract unless it’s for disciplinary reasons. But there will be people not renewed when their deals come up if they aren’t being used. This isn’t to say he’s one of them, but his never being used while his group just won the titles says something.

Marko Stunt has been a divisive talent in AEW. Whilst some enjoy his in-ring work and persona, others see his size as a stumbling block.

One reddit user said that Marko Stung was “definitely more credible without him, I like him as the mascot but not a wrestler.”, whilst another claimed that “Marko is like Santino. His act only has so much mileage and, in my opinion, AEW has already gone the distance with him.”

Whilst he was a big part of Jurassic Express, he was absent for their Championship win this week over Lucha Brothers, in which Rey Fenix suffered a horrific arm injury. (When will Rey Fenix return from injury?)

Do you think AEW should release Marko Stunt? Where do you think he should go if AEW release him?