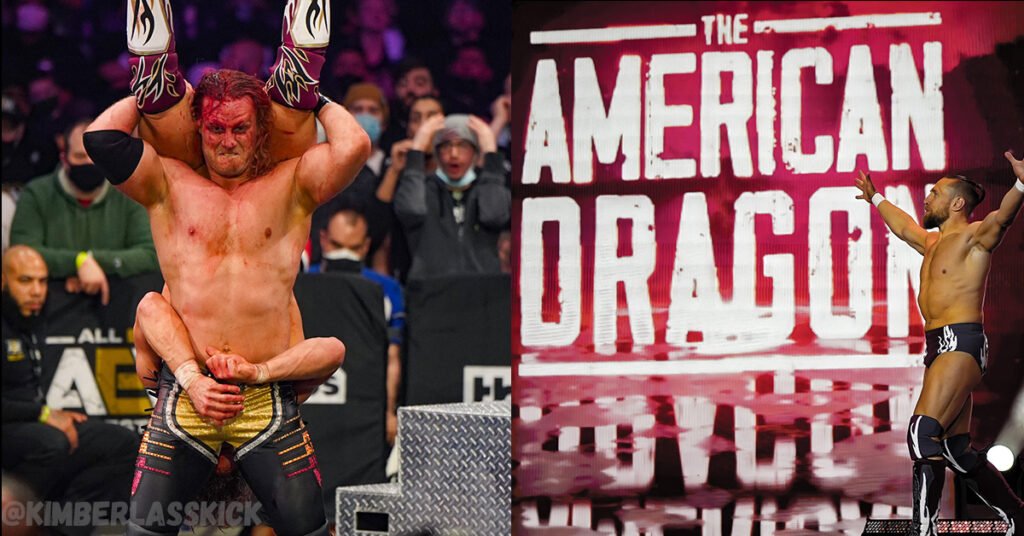 Fans too have started to take notice. Adam Page has set a new record in match ratings in recent months.

On the match rating aggregation site Cagematch.net, Adam Page has really impressed wrestling fans. His last three matches in AEW have all garnered an average rating of over 9.0 each. This is a tremendous achievement that nobody else in wrestling history has managed.

IWGP Heavyweight Champion Kazuchika Okada managed to get two in a row, with back to back Wrestle Kingdom 14 night 1 and night 2 main events. Both matches, against Kota Ibushi and Tetsuya Naito respectively, garnered a huge 9.63 rating each. However, Okada could not manage to get a third 9.0 rated match in a row.

This is the most 9.0 or above matches in the history of the site.

The matches in question were some of AEW’s biggest in their history. The first was Page’s historic championship win, taking the AEW Championship from Kenny Omega after a two year long story arch.

Despite mounting injuries to Kenny Omega, he and Page had a fantastic match that featured more emotionally charges moments than a soap opera.

It weaved excellent storytelling and brilliant in ring work to produce a piece of art that can rival any wrestling match in the world for drama. That match gained a 9.27 rating, which is shockingly only his 4th highest match. That shows what a talent Hangman Adam Page truly is.

The second match was a full month later. Bryan Danielson had defeated Miro in the AEW Eliminator Tournament finals and earned a chance to compete for Page’s AEW Championship. That match came on the 15th of December, on a special episode of AEW Dynamite.

That was AEW Dynamite: Winter is Coming. On the previous years edition, Kenny Omega had defeated Jon Moxley to win the AEW Championship. A year later and it looked likely that another title change could be on the horizon.

Danielson was undefeated in AEW. He had won every match in AEW handily, showcasing a number of different holds to finish off his opponent and make them tap out. The only match he didn’t manage to win was against Kenny Omega at AEW Grand Slam, when the pair went to a 30 minute draw in the best AEW match so far.

The Hangman match would go similar. In a historic match, the pair would go to a 60 minute time limit draw. It showcased Danielson’s incredible work ethic and cardio whilst showcasing the incredible heart of the champion Adam Page.

Whilst Danielson dominated most of the match, Adam Page looked most likely to win. He hit Bryan Danielson with his devastating finishing move, the Buckshot Lariat, toward the end of the match. However, the bell rang to signal 60 minutes was up before he had time to cover his opponent, and the match ended in a draw.

This match was Page’s highest rated singles match of all time. It was only beaten by Page & Omega vs The Young Bucks, and was rated at an astonishing 9.52 rating

The sequel to the incredible 60 minute draw took place on the New Year’s edition of AEW Dynamite. After their time limit draw, a set of three judges were set up to make sure that this match had a decision, and a true champion was crowned.

However, the match did not need them. Adam Page came right out of the gate, smashing Danielson as hard as he could with as much force as he could. Danielson tried his best to slow down the pace of the match, appealing the judges as he tried to get another draw out of the Hangman.

The match featured a huge amount of bloodshed between the two. Page smearing the blood of Danielson on his chest will be an iconic image in AEW for years to come. In the end, Page’s explosiveness was too much for the American Dragon, who was taken down a Buckshot Lariat and pinned for Hangman to retain his AEW Championship.

The match did not rate as highly as the previous bout, with still was rated an astonishing 9.43. It was the third and final match that broke the record for the most consecutive 9.0 rated matches. This solidified Adam Page as one of the best wrestlers in the world. Lets hope he can have another blockbuster match and extend that streak with more incredible matches in AEW.