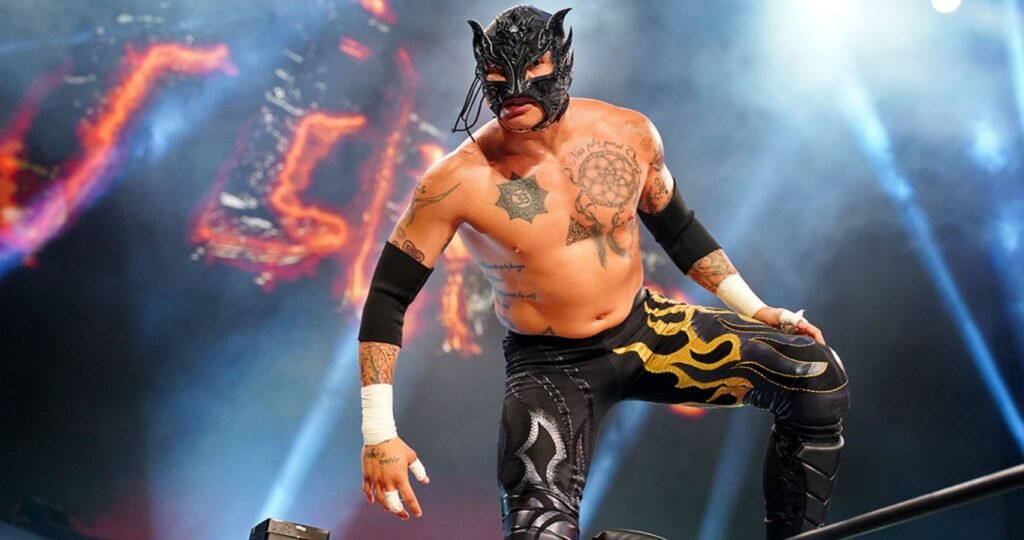 In the main event of the January 5th edition of AEW Dynamite, Rey Fenix suffered a gruesome arm injury in a match pitting the Lucha Brothers vs Jurrassic Express. Toward the end of the match, he was chokeslammed through a table by Luchasaurus. He landed awkwardly on his him, twisting it the wrong way and snapping the arm. He was in immediate pain and signalled to the doctors straight away.

Jungle Boy would pin Fenix’s brother, Penta el Cero M, to win his team the AEW Tag Team Championships. There have been theories that Lucha Brothers were planned to win the match, but changed it in the ring due to Fenix’s injury. However, these claims are unsubstantial.

When will Rey Fenix return from injury

It is currently unknown the exact date Rey Fenix will return from injury. Bryan Alverez of Figure 4 Online claimed that Rey Fenix broke him arm. However, PWInsider claimed that there was a “chance his elbow was dislocated”. The time taken to heal from a broken arm is usually 6 weeks, plus rehab time to get back into ring shape. A dislocation is different and the time off could be between weeks or multiple months on the sidelines.

In the meantime, it is likely Penta El Cero Miero will continue on as a singles wrestler. The former AEW Tag Team Champion is well versed in singles competition, having been a Impact World Champion prior to signing with AEW.

The injury is a big blow for the Lucha Brothers. They have recently started a feud with Malakai Black. The former NXT Champion has been teasing his new stable, named “House of Black”, and has been attacking the Lucha Brothers before and after their matches.

The lights went out during the main event match, signalling Black to make his entrance. However, nothing came of it, and the distraction allowed Jurassic Express to take control of the match. This ultimately helped them win the AEW Tag Team Championships in one of Jungle Boy’s best matches so far.

Jurassic Express become the second original AEW Tag Team to win the companies championships. Page & Omega, whilst both part of the Elite, were never a tag team prior to teaming up in AEW. However, if you don’t want to count them, then they are the first All Elite original’s to claim the AEW Tag Team Championship.

We will update this post when more information about Rey Fenix’s injury situation becomes available. Whilst his current return date is unknown, any more information regarding when Rey Fenix will return from injury to AEW will be posted here.

EDIT: Sean Ross Sapp of Fiteful has confirmed that Rey Fenix has NOT fractured his arm in the match against Jurassic Express, and that he spent the night in hospital getting tests on the arm.

EDIT 2: Republic of Lucha on Instagram confirmed that Rey Fenix has dislocated his shoulder and will be out for a few weeks to recover