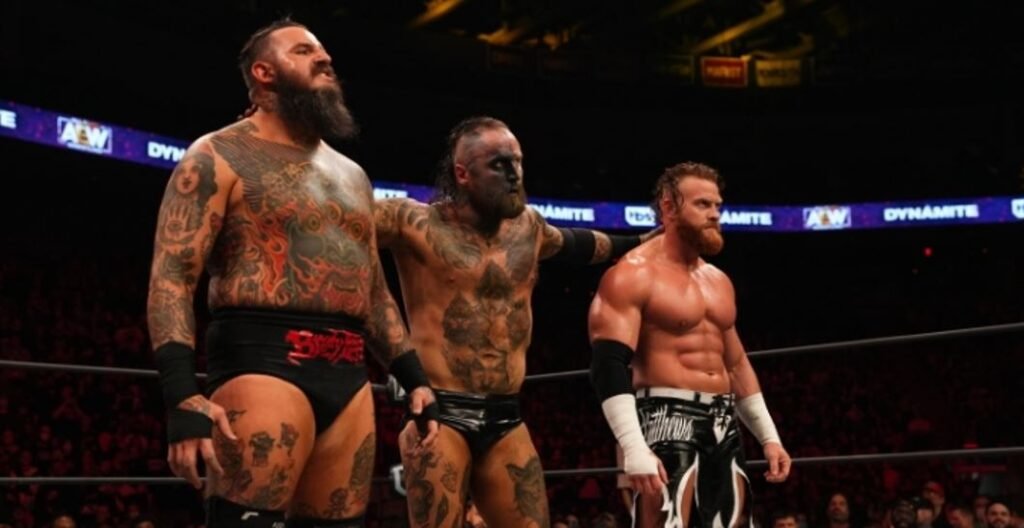 The House of Black have become one of AEW’s most frightening and disturbing factions in the promotions history. Led by the mysterious Malakai Black, the group made a huge splash with each of their respective debuts.

Also, see how Malakai Black could fit into the main event scene.

The House of Black is currently a heel faction in AEW, and have slowly started to build up their numbers since 2021, as they add more and more new members to the their ranks. They are currently comprised of three members, with a fourth member soon likely to be added.

The House of Black’s current members in AEW are:

The House of Black do look set to add more AEW talent to their ranks, however. One member who has long been rumoured to be joining the group is Varsity Blondes star Julia Hart. Hart was hit by Malakai Black’s Black Mist some months ago, and has been suffering with eye injuries ever since that has caused her wear an eye patch to cover a growing black infection in her eye, similar to the one on Malakai Black’s face.

She looks set to join up with the trio and leave the Varsity Blondes in the near future, with her heelish tendencies coming out in a recent loss to Hikaru Shida.

The House of Black look set to become one of the top factions in AEW. Malakai Black has the potential to be an AEW Champion in the future, with a feud against Adam Page exciting fans who knew the leader of the house as the incredible Alaistair Black in WWE.

He can also slot into the tag team division with Brody King, and chase the tag team championships as the Kings of the Black Throne. The pair have shown great understanding in the ring, working together to inflict as much injury as they possibly can on their opponents.

Adding Buddy Matthews to the group gives them a different dynamic, and someone who can take on the lower-end wrestlers for the group. A TNT Championship run is not out of the question for the Australian wrestler, who showed on 205 Live just how good he could be in the ring (albeit as a poor impression of Kenny Omega).

The House of Black have a huge future in AEW, and Malakai Black can use his influence to help catapult his followers into the main event scene of AEW, if he uses the full power of his black mist.

What do you think of the House of Black in AEW? Let us know in the comments or click below to read more