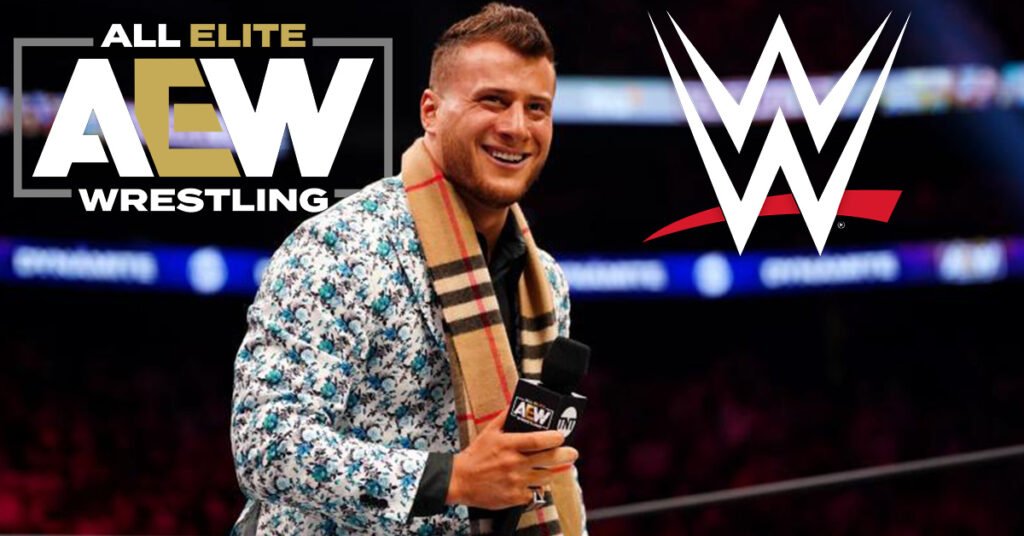 How much is the MJF AEW contract worth? Will MJF extend his AEW contract or sign for WWE when his deal expires?

MJF’s AEW contract has become a hot topic of contention, with the AEW star claiming that he is preparing to make big money in the impending bidding war between AEW and WWE.

MJF has recently been in hugely popular programs against some of AEW’s top stars. He shocked the world by being the first man in over 7 years to beat CM Punk in a wrestling match, when he defeat Punk in his own home town of Chicago.

He has grown into one of the biggest stars in AEW and their biggest homegrown star. He has outgrown the “four pillars” moniker bestowed upon himself, Darby Allin, Jungle Boy and Sammy Guevara and has established himself as the top heel in all of AEW.

MJF’s contract is set to come to an end in the near future, and everyone is wondering many things:

In this article we will explore all of those questions and more, so keep reading to find out!

How much does MJF make?

MJF reportedly signed a new AEW deal some time into his current run. His original deal with the company began before Double or Nothing 2019, where he made his debut in AEW.

MJF’s original deal with AEW was worth $200,000 per year and was reportedly a five year deal. This deal was signed in early 2019 and was set to run until around about May 2024.

However, the young stat has quickly become one of the fastest rising stars in wrestling history and has become of the best wrestlers in the world at aged 25. His in-ring skills are some of the best in AEW, while his ability of the microphone is second to none.

Due to his soaring stardom, it is likely that MJF signed a new bumper contract within the last couple of years. It is unlikely that somebody who has been working with the likes of Chris Jericho, Jon Moxley and CM Punk regularly would be earning only $200,000 per year, when in WWE stars like AJ Styles are pulling in $3,000,000 a year.

However, there are no sources online that state he has signed a new deal with AEW, so there is a chance that he is still earning his original base pay of $200,000 per year. It is expected that he will make much, much more than that when his five-year deal is over in 2024.

MJF has two years left on his AEW contracts, if reports are to be believed. AEW reported that the Long-Island native signed a five year deal with the company after his Double or Nothing 2019 debut, with the view of him become a long-term prospect with the company.

However he outshine all those around him and soon ascended to superstardom. Whilst he was original brought in as a future star of the company, he quickly rose into the main event scene which far outpaced his rise in earnings on his AEW contract.

He faced Jon Moxley in a pay-per-view main event at Double or Nothing 2020, when he unsuccessfully challenged for the AEW Championship in a brilliant match that solidified himself as a main event star. His promos leading up to the match were some of the best in AEW history and showed the world that MJF had the best AEW promos of all time.

Will MJF Re-sign with AEW?

It is unknown whether or not MJF will re-sign with AEW once his contract expires in mid-2024.

MJF himself has spoken on TV and in interviews about a potential “bidding war” between AEW and WWE for the young star once his contract expires. He is expected to multiply his wages many times over.

WWE is reportedly high on the AEW star, with rumours of a big money contract off flying around. MJF will expect a wage similar to that of AJ Styles if he signs, who recently signed a new deal raising his salary to $3 million per year.

Tony Khan was asked about a bidding war for MJF when his contract expires in 2024, and he surprisingly said he welcomed the bidding war from WWE.

In an interview with CBS Sports, Tony Khan discussed MJF and what will happen in 2024 when his five year deal from 2019 expires and he is free to sign with other wrestling companies.

“I think that’s great. I encourage that. I think they should keep talking about him because he’s a wrestler that’s a big part of AEW and is signed here for a few more years.”

“So I think please keep giving us that buzz because he’s been getting great ratings for his segments and those have also been featuring CM Punk pretty regularly as they continue to interact”.

“They’ve had a war of words and now there’ll be on opposite sides of this huge trios match where you got Sting [and] Darby Allin teaming with CM Punk against MJF and FTR. I think that’s great. You know, [WWE] had some wrestlers I really wanted to sign there and I signed him, Bryan Danielson and Adam [Cole] and Ruby Soho.”

Do you think MJF will stay with AEW when his contract expires in 2024? Or do you think he’ll sign for big money with WWE in 2024? Let us know in the comments or click below to read more