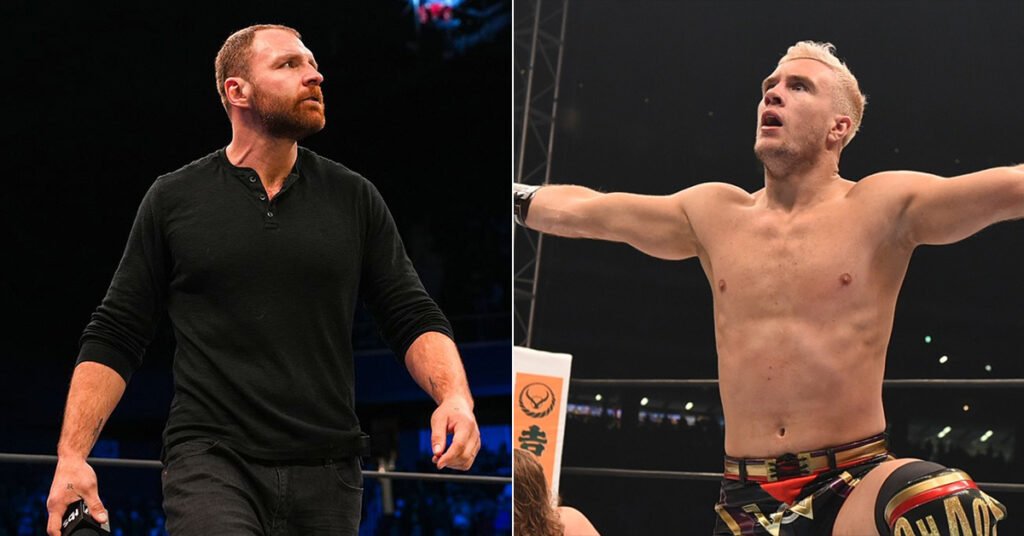 Will Ospreay vs Jon Moxley is a dream match for wrestling fans across the globe. However, it could become a reality after Will Ospreay called out the former WWE Champion during Sunday’s RevPro Live In London 58 event.

The former IWGP World Heavyweight Champion called out Jon Moxley before the main event of the show. The match featured Ospreay’s ‘United Empire’ stablemates Aussie Open, but before that the Airial Assassin had some choice words for the former AEW Champion.

Will Ospreay calls out Jon Moxley

“Let me just say this – If Moxley wants to say he wants to wrestle the best wrestlers NJPW has going, then mention Okada, mention Tanahashi, mention Shingo. But you better but some f*cking respect on my name you f*cking p*ssy.”

“Do something about it”

Following Mark Davis and Kyle Fletcher’s (Aussie Open) win, Gabriel Kidd made his way to the ring to challenge Will Ospreay to a RevPro Undisputed British Heavyweight Title match. Kidd is a former WCPW star and currently trains in the New Japan Dojo in Japan.

Jon Moxley vs Will Ospreay

A match between Jon Moxley and Will Ospreay would be a brilliant match. Both men have mastered their current characters, and are both incredible in ring talents.

Their clashing styles would also make for an interesting bout. Moxley is the quintessential brawler-type while Ospreay mixes high flying moves with a fast paced hard hitting style that took him to the top of NJPW.

If the match between the pair did take place, it would have to be in a AEW or NJPW ring. The match could take place at NJPW Strong’s upcoming Windy City Riot event from Chicago in April. Jon Moxley has already confirmed he will return to New Japan at the show, whilst Ospreay is a regular on the show.

With Jay White being the latest name to step through the proverbial “Forbidden Door”, there is a good chance that fellow US-based Will Ospreay could make his own appearance in AEW. AEW have recently made a huge amount of signings and have had appearances from many NJPW stars like Minoru Suzuki and Tomohiro Ishii. This shows their willingness to work with NJPW and opens the door for a potential Jon Moxley vs Will Ospreay matches in the future.

UPDATE: The match has been confirmed as taking place at NJPW Windy City Riot on April 16 2022.

A Jon Moxley vs Will Ospreay match would be amazing, but would not be possible if we see a Jon Moxley WWE return any time soon. Click Next Article to read more or comment below on if you’d like to see Mox and Ospreay square off in AEW or NJPW