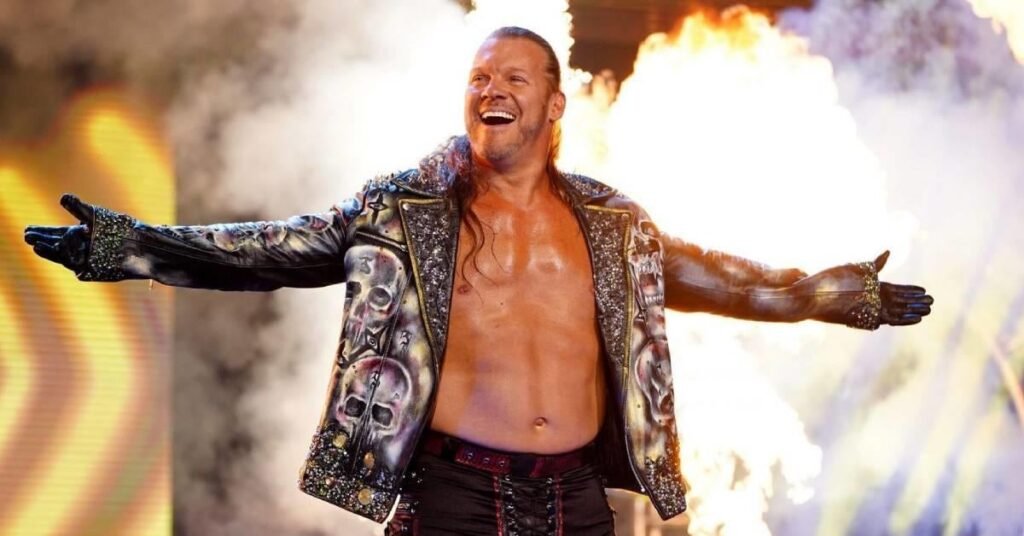 This week on AEW Dynamite Chris Jericho teamed up with his Inner Circle AEW teammates Santana & Ortiz to take on the team of 2.0 and Daniel Garcia. Jericho has said that his goal in AEW was to put over young talent like Daniel Garcia, and he proved that during his AEW Championship reign and beyond.

Jericho shocked the world in 2018 when he wrestled Kenny Omega at Wrestle Kingdom 12. He hadn’t wrestled anywhere except WWE for nearly 20 years and fans were sure he’d work for Vince McMahon for life. He was risking his legacy and a hall of fame spot by leaving, but Chris Jericho bet on himself being a main event talent when Vince McMahon thought he was no longer capable.

Jericho proved Vince wrong with some excellent NJPW matches which caught the eye of Tony Khan and the Elite. Jericho became one of the first talents signed to AEW and quickly became a main event star for WWE’s main competitors. He was the first man to hold the AEW Championship and is arguably one of the greatest AEW Champion’s of all time.

But like everyone eventually does (except CM Punk), the WWE return is almost inevitable. Vince McMahon is famous for being able to forget even the most awful of grudges when he sees the chance to make money. If Jeff Jarrett and the Ultimate Warrior could come back then their is no reason that Chris Jericho could return to WWE.

Or isn’t there? Let’s look at if Chris Jericho will return to WWE or stay with AEW.

Will Chris Jericho come back to WWE?

Chris Jericho himself ha stated that there is no chance of him returning to WWE. Jericho is often asked about whether he will return to WWE, especially as he looks to be coming to the end of the three year deal he signed with AEW in 2019. It is unknown whether or not he has re-signed for the promotion, but the fact that he is still featured prominently on AEW Dynamite is a good sign he will stay.

On his Youtube channel, Chris Jericho addressed the rumours of him returning to AEW. Fans asked him a number of times when he would return to WWE. This speculation went crazy when rumours of the “Forbidden Door” opening up for the 2022 Royal Rumble. However, he shot down any and all speculation.

“It’s not going to happen. I really enjoy being in AEW” Chris Jericho said. However, he did go on to add that “I loved my time in WWE. I love Vince McMahon, I learned a lot.

“I had a lot of fun, but listen, you can’t stay in the same place forever. You become stagnant if you do, and I think you need to push yourself to do something new.”

“The fact that AEW was live without a net when I first showed up and all of us have done such a great job of promoting this brand and promoting this company.”

However, Jericho is famous for lying to his fans to surprise them prior to big returns, so always take what he says with a pinch of salt. He has spoken about his love for the creative freedom he gets in AEW so I think it is likely he stays with AEW, maybe even until the end of his carer.

Is Chris Jericho in the WWE Hall of Fame

Chris Jericho is one of the biggest names currently yet to be inducted into the WWE Hall of Fame. However it is not a surprise he has yet to get the nod by Vince McMahon. WWE rarely inducts active wrestlers into the hall of fame, with only a few exceptions. Ric Flair made history as the first man to be inducted whilst an active member of the WWE roster, despite retiring just one day later at Wrestlemania 24.

Chris Jericho is sure to be inducted into the WWE Hall of Fame once his career comes to an end. The Demo God has starred in WWE since 1999 and became one of the biggest stars in wrestling during the Attitude Era and beyond. He has one of the greatest careers ever, and even boasts about beating Stone Cold Steve Austin and The Rock in the same night.