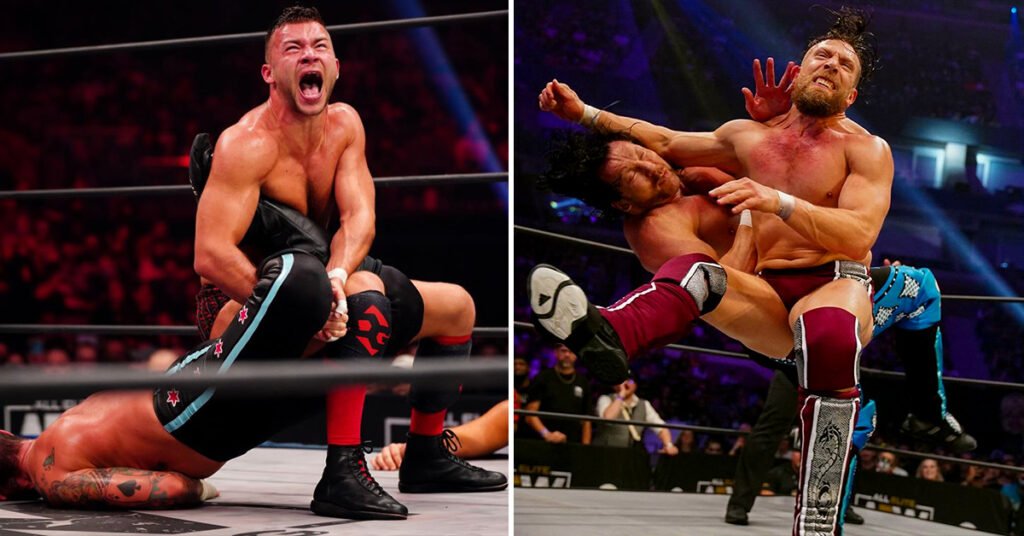 AEW has made it no secret that they are planning for the future of wrestling. Rather than just signing wrestling stars like CM Punk and Bryan Danielson, they have supplemented it by pushing a whole host of younger talent to the forefront of their television programme.

AEW have found time in their television show to build up many young wrestlers to be main event stars for the future. Talents like MJF and Darby Allin can already be seen as some of the biggest stars in the company, whilst others like Jungle Boy and Sammy Guevara are being readied for main event pushes in the years to come.

MJF and Darby Allin proved after a multi-year build that they can draw the fans in for their main event matches. Darby Allin was, at one point, one of the biggest draws in the show, and in his partnership with Sting has grown into one of wrestling’s most recognisable stars.

While there are a number of candidates for the next big up-and-comers in AEW, one that you cannot look past is a 24 year old classic grappler with a chip on his shoulder. That man is Daniel Garcia, the Red Death from Buffalo New York, and he could be the next incarnation of the American Dragon Bryan Danielson.

Daniel Garcia has been one of the fastest rising stars in AEW since his debut. He turned up on AEW Dynamite in August, not looking like the physical embodiment of a wrestler. He was 24 years old, skinny and lanky with very little meat on his bones. His red tights, with RED DEATH emblazoned on the back, were complimented by red and black kick pads that looked more like football socks.

My first impression of Garcia was “not impressed”. He was what Hulk Hogan would call a “Vanilla Midget”. He did not look impressive, based on my own preconceived notions of what a wrestler looks like.

Then he stepped into the ring, taking on Darby Allin and I immediately could tell why he was so highly rated by Tony Khan. The pair wrestled for ten minutes, with Allin the victor, but Garcia showed signs that it was not just a one off in AEW and that he was there to fight for his place in AEW.

His in ring style was great to watch. Hard hitting strikes and submission moves to wear down his opponent were the main course of the day. Garcia was reminiscent of a young Zack Sabre Jr, the New Japan star who traces his wrestling style back to his English roots. Garcia wrestling style drew parallels to wrestlers of yesteryear, particularly World of Sport stars like Johnny Saint and Marty Jones.

But one wrestler he reminded me of immediately was one of the greatest of all time. Of course that is high praise and nigh on impossible to compare to, but Daniel Garcia has shades of Bryan Danielson in his style.

His technical wrestling style evokes the work of Bryan Danielson. Danielson made his name on the independents as the premier technical wrestler, mixing brutal submissions with fast paced action and incredible real-looking hard strikers. He has been one of the worlds premier wrestlers for nearly twenty years, from his days in Ring of Honor.

As Daniel Bryan, he even main evented Wrestlemania in 2021. He lost to Roman Reigns in a triple threat match including Edge, in one of his final matches in WWE. His last match was another loss to Roman Reigns, and Bryan has said that he will be retiring once his AEW contract expires.

While Daniel Garcia is nowhere near the talent Danielson is, he has the potential to emulate the Dazzler. His technical wrestling style was partly inspired by Danielson and he shows lots of similarities to a young Bryan Danielson. At just 24 years old, Daniel Garcia has a lot of upside and huge future ahead of him, especially after having signed with AEW back in October this year.

It was even stated that Bryan Danielson wanted Daniel Garcia is his own stable, earlier this month.