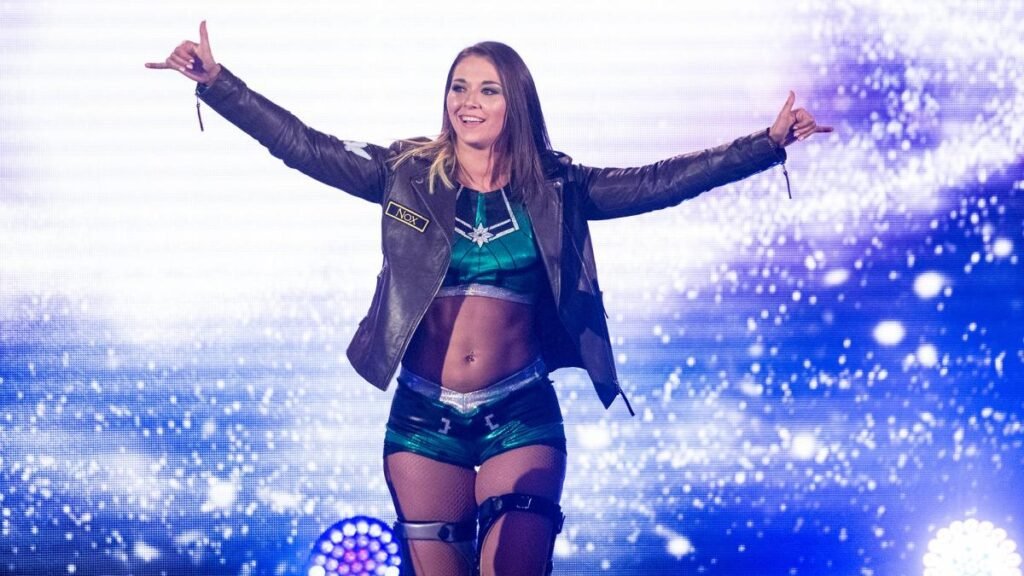 With WWE bringing all their top stars to Cardiff for WWE Clash of the Castle, one of the best Welsh wrestlers in the world will be noticeably absent from the big show in the Welsh capital.

Tegan Nox, or Nixon Newell as she is known outside of WWE, is one of top wrestlers from Wales in the world but was cruelly released by WWE last year, citing “budget cuts” as the reason.

Whilst she may be missing out on the big show in her home country in September, the future does seem bright for Tegan Nox, should she work on her injuries and get back to fitness. In future, we could Nixon Newell in AEW and have her as a feature act in one of the biggest wrestling companies in the world

Tegan Nox revealed that despite being drafted to the Monday Night Raw brand, she never actually made it to one of the shows, lest even made it backstage. She reveals that the only time she made the it to a Raw taping, she tested positive and was immediately made to drive home all alone.

After that, the Welsh star was never called back to the Raw set and was released just a few weeks later

Speaking with Chris Denker of Into the Danger Zone podcast, Tegan Nox (now Nixon Newell) opened up about her firing from WWE and how she never even got to experience an episode of WWE Monday Night Raw.

“Just had to sit at home. As soon as I got cleared from COVID, I got released pretty soon after. ‘Oh, you’re cleared from COVID, your blood tests came back fine.’ ‘Great, I can finally see if this actually goes somewhere,’ and then wasn’t taken on the road. Next call, wasn’t need. Next time, wasn’t need. Three or four weeks out, ‘you’re not needed anymore, budget cuts.’ ‘Okay, no worries’.”

Tegan Nox also talked to Denker about the reasons behind why she was fired. Whilst officially the reason was listed as “budget cuts”, the Welsh star knew the real reason why she was let go.

Nox claimed that it was because she was a “five-foot six blonde-brunette girl, covered in tattoos“, and onot the “diva-era” type wrestler WWE have started to move back towards.

“Everyone is walking on eggshells. With all the releases happening, you kind of feel, ‘it could be me next.’ I just had this feeling where I wasn’t…not welcome, but as such wanted; I don’t fit the demographic that they’re looking for.”

“I’m a five-foot six blonde-brunette girl, covered in tattoos. Watching the product now, it’s very much Diva era, going back to it, I feel. I always felt like I was on the chopping block, even if I could wrestle. I was not much of a personality or character enough for them to keep my job, which is weird.“

“If they give me a character, I take it and run with it. I was always kept as ‘the girl next door’ and I’m not the girl next door. Let me be me. I was me for six years before I got signed, let me do something like that. I always had the feeling that I’m not what they’re looking for.

“As soon as they split me and Shotzi up, I was like, ‘Yeah, I’m on the block next.’ We found out we switched brands as we were in the car going back to the hotel”

Tegan Nox’s accusation of her not being a typical WWE diva seem to have been corroborated in recent months by Athena, formerly Ember Moon in the WWE. Athena recalls being told to dress “more sexy” by WWE officials backstage and claim that her lack of “diva-style” presentation was the reason for her lack of push and eventual release.

Tegan Nox has not yet signed for any wrestling promotion, but is rumoured to be joining AEW in the near future. However, nothing has been announced as of yet.

What do yo think about the reason why Tegan Nox was fired by WWE? Let us know in the comments or click below to read more