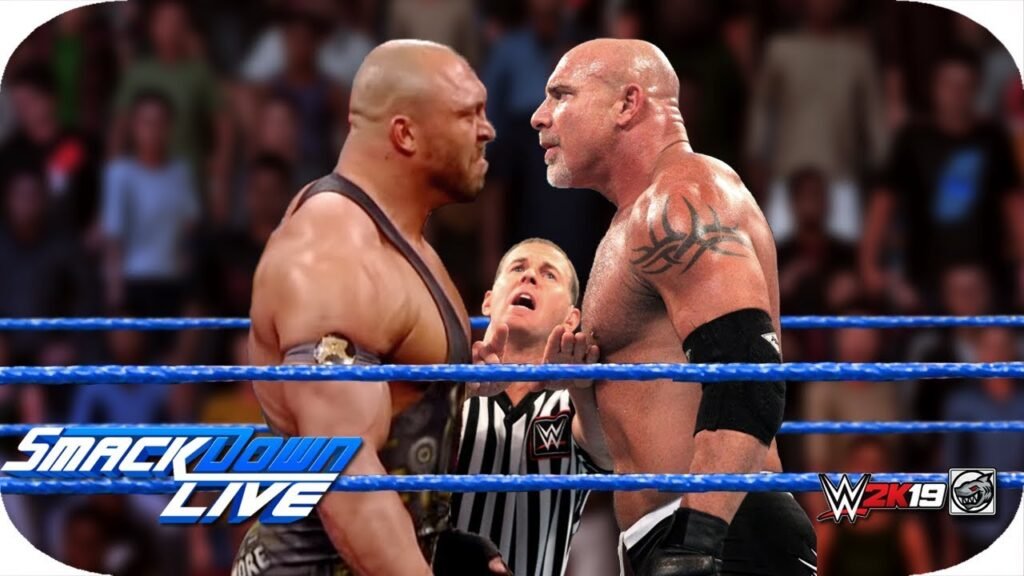 What happened to Ryback? At one point, the Big Guy was one of the top faces in WWE, challenging John Cena and CM Punk for the WWE Championship and having arenas chanting along with him “FEED ME MORE”.

But one day, the news came out. “Ryback has been released from WWE”. After years of toiling away in the undercard and overcoming injuries to become a main event player in WWE, Ryback was gone from WWE. The huge crowd cheers he got against CM Punk seemed long ago, and Ryback was no more.

Outside of a few independent matches, that was the end of Ryback’s career. He carried on with a Youtube channel and social media presence, selling protein powder and supplements among other things. It was a large fall from grace for The Big Guy who fans will always remember as the master of the Feed Me More.

Why did Ryback leave WWE?

Whilst Ryback came flying out the blocks in his WWE debut, it did not last forever. He quickly became one of the most popular men on the roster when he debuted as “Ryback” in 2012, defeating jobber after jobber in quick succession on WWE.

However WWE quickly booked themselves into a corner by having him face CM Punk at Hell in a Cell 2012. Punk was in the middle of a record setting WWE Championship reign, and was being groomed for a huge match with The Rock at the 2013 Royal Rumble.

When injury to John Cena kept him out of Hell in a Cell 2012, Ryback was drafted in to replace him. This was a bad decision, because neither men could lose the match. Ryback wasn’t ready to win the WWE Championship, but losing would kill the momentu, he had built up. Fans were cheering the Big Guy like crazy, but it simply was not his time to beat CM Punk. He lost the match, losing all the momentum he had built up. He eventually turned heel and his career stalled, never to reach the heights it once had.

Money was also one of the issues why Ryback left WWE. Ryback stated that he had a three-year deal worth a total of $1.5 million. However, he claims total taxes on that would have been $400k with another $600k in travel expenses. His big contention is that WWE should pay or reimburse their performers for travel expenses and that the money cleared doesn’t make it as worth it.

Will Ryback return to WWE?

The split between Ryback and WWE was a messy one. Both parties hold resentment to each other, and it shows. Ryback is not shy when expressing his dissatisfaction with WWE and the way they handled his career. In contract, WWE are happy to completely ignore Ryback and pretend he never existed. He is never mention on WWE TV, despite being a former Intercontinental and United States Champion and coming as runner up in the 2013 Royal Rumble.

Ryback has made it clear that he would return to WWE, but only if Vince McMahon is no longer in charge. The pair fell out hugely toward the end his run, and Ryback clearly holds a grudge that he wouldn’t let go, even for a huge multi-million dollar contract.

“I will be very open to going back to WWE if they are sold. I have always been quite frank. If Vince McMahon is out of there and there is a brand new leadership, I will then be very interested in revisiting that, because that will be beneficial for me as a brand and as a performer going back to where I am known from, where I built an audience that is already well aware of who I am.” Ryback said.

There are currently no substantial rumours about a Ryback return. A Ryback return at the 2022 Royal Rumble is not impossible, but very unlikely. He seems to have cut all ties with WWE and they seem to have no interest in bring him back into the fold.

However, if Jeff Jarrett, Bruno Sammartino and The Ultimate Warrior can return to WWE after their falling out with Vince McMahon then there is always hope for Ryback

Is Ryback signing with AEW?

As of this moment there are no known plans for AEW to sign Ryback as an active wrestler. They have recently been on a spell of signing the top independent talents in wrestling, including many former WWE talents like Adam Cole and Bryan Danielson.

There were rumours of Ryback debuting early last year that proved to be fruitless. However, even Ryback stoked the fires on that particular rumour. The rumoured Ryback AEW debut was referenced by Ryback on social media.

Ryback posted a short video on Twitter just prior to AEW Double or Nothing 2021. The video featured a still image of Ryback holding a casino slot machine, which span in his hands. This was a clear reference to the casino-themed AEW Pay per view, as well as the Casino Battle Royale which took place at the event.

Ryback would not end up debuting as the surprise debut during the match. Since then he has not referenced moving to AEW much and is less than likely to join AEW. Those odds fell even more when CM Punk debuted in AEW in August 2021. The pair famously did not get on in WWE, with CM Punk saying that Ryback was “Dumb as Fuck”