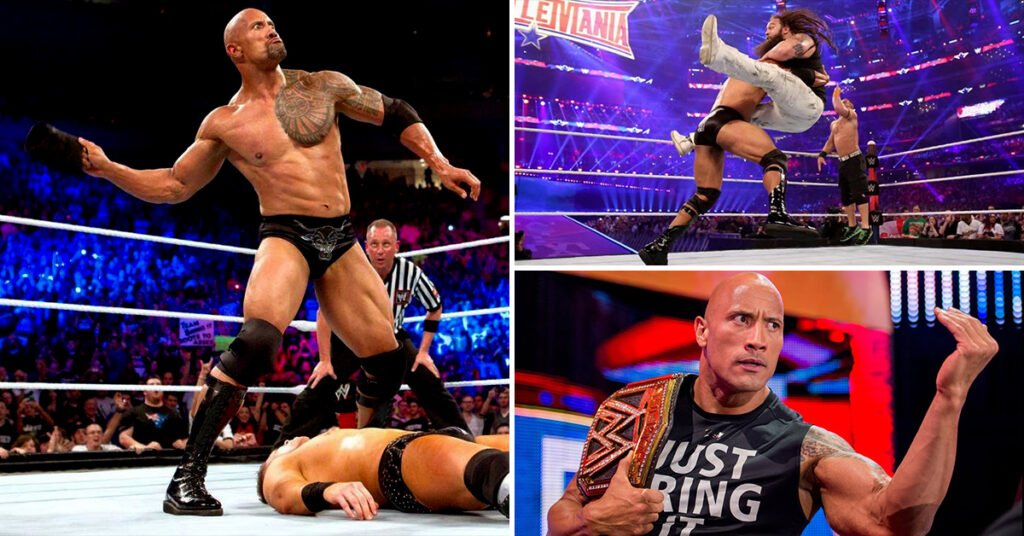 Is the rock retired

Now known worldwide as Dwayne Johnson, The Rock is one of the worlds biggest actors – both in size and in popularity. The six foot five behemoth is a throwback to the hulked up Hollywood musclemen of the 1980s, like Arnold Schwarzenegger and Sylvester Stallone.

He has appeared in a number of hit films, like Pain and Gain, Jumanji and the Fast & the Furious franchise. His movies are some of the biggest in the world and he has become one of few actors that can sell tickets to their moves in their names alone.

Can Roman Reigns beat the Rock?

However, before he moved to Hollywood, he was a star in the WWF, now WWE. First as Rocky Maivia he was fun loving, smiling good guy. He would run around the ring with a grin on his face and do his best to make the crowd cheer him.

This did not work. The crowd hated him. They booed him out the building every time he got into the ring, even chanting “Die Rocky Die” at certain points. This helped facilitate his transformation into the shit talking, eyebrow raising bad guy that was The Rock.

Once he became the Rock he quickly rose the ranks in WWE. With his slew of catchphrases and electrifying move set he became the most must see WWE superstar in history. Despite continuously insulting his opponents and the crowd, the paying audience could not help cheer the incredibly entertaining The Rock.

From then on he would become a legend in WWE. He won the WWE Championship eight times and two WCW World Heavyweight championships, as well as multiple other singles and tag team titles. Despite being one of the most successful wrestlers ever, he retired in 2004. The Rock’s last match was against Ric Flair, Batista and Ric Flair (the team known as Evolution) whilst teaming with long time friend Mick Foley.

However, the Rock would come out of retirement seven years later to have a few more matches in the WWE.

The Rock vs John Cena

That made his eventual return so much better. In early 2011, rumours swirled about who would be the guest host of Wrestlemania 27. The favourite to host the show was teen pop sensation Justin Bieber, which most wrestling fans had little to no interest of seeing.

Luckily, fans watching Monday Night Raw on February 14 2011 where treated to one of the biggest WWE returns of all time. The Rock made his first appearance live on WWE TV for the first time in 7 years, and revealed himself as being the host of the upcoming Wrestlemania.

The Rock electrified the crowd with a return which blew the roof off the arena, and made WWE immediately must see television. He began a feud with John Cena, which would see him attack the former WWE Champion and cause him to lose the main event of Wrestlemania to the Miz.

Once In A Lifetime

This began a year long build to a match build as “Once in a Lifetime” – The Rock vs John Cena.

The pair traded barbs for the best part of the year. The Rock pulling out his classic Rock catchphrases and slightly homophobic promo style, whilst Cena focused on how the Rock abandoned WWE to go to Hollywood never to return, until he did.

The first match involving the two however was actually a tag team match. The two rivals teamed together at Survivor Series 2011 to take on the team of The Miz and R-Truth. The Rock and Cena won handily, but the tension between the two just hyped the build for their eventual match at Wrestlemania.

Wrestlemania 28 was the home of one of the biggest matches in Wrestlemania history. In the Great One’s hometown of Miama, Florida, The Rock took on John Cena in the main event of the show. Billed as “Once in a lifetime”, it pitted the two biggest stars of two generations against each other.

The match was a Wrestlemania classic. The Miami crowd was firmly behind the Rock and did their best to boo John Cena out the building. The match more than lived up to the hype and the fans were in awe of watching what they thought would be the last match of The Rocks long celebrated career.

The Rock pinned John Cena after catching Cena with a Rock Bottom as he attempted his signature Five-Knuckle Shuffle. The crowd erupted as the referee lifted the hand of The Rock to end his career and sign off on his relationship with the WWE universe.

Or so they thought.

After Wrestlemania 28, it was revealed that The Rock wasn’t leaving the WWE just yet. It was common knowledge that he was going to Wrestlemania 29 for a rematch with The Champ, but how he would get there is another story.

At Raw 1000, he started a feud with CM Punk. The then-WWE Champion had held the Championship for over a year, and The Rock soon announced that they pair would square off at the 2013 Royal Rumble. The Rock faced CM Punk at the show, after a series of fantastic promos between the two. CM Punk showed off his chops on the mic with his incredible “Box with God” promo.

Despite having the help of The Shield – Roman Reigns, Seth Rollins and Dean Ambrose (Jon Moxley) – CM Punk fell to The Rock. He captured the WWE Championship for first time in nearly ten years and launched himself onto the top of WWE.

John Cena defeated The Rock at Wrestlemania 29 to win back the WWE Championship. It was his 13th World Championship, and he lifted The Rock’s hand at the end of the match. This truly signalled the end of The Rock’s WWE career with this match being the last proper match he ever had in the WWE.

But, while it was his last full-length match, it wasn’t the last time he would step into a WWE ring. His real last match took place three years later at Wrestlemania 32.

The Rock vs Erick Rowan

The Rock made an appearance at Wrestlemania 32 late on, revealing the record attendance for that night. He spent far too long making his entrance, and then using a flamethrower to burn down a sign of his own name. You’d think it was cool. It was not.

However, what would happen next would be the last match the Rock ever wrestled in. Whilst pandering to the crowd, he was interrupted by the Wyatt Family. Bray Wyatt, Erick Rowan and Braun Strowman surrounded the ring, challenging the Rock to a match. He accepted, removing his clothes to reveal he was in ring gear beneath, including elbow pads ready to throw into the crowd.

The bell rang, The Rock hit Rowan with the Rock Bottom and pinned him to win the match in five seconds. It was the shortest match in WWE history, and the last one of the Rock’s career. He was then jumped by the rest of the Wyatt family. Just before he was beaten down by the cult, John Cena’s music hit. The Rock’s former foe ran down to the ring, helping him fight off the Wyatt Family before embracing.

This was The Rocks final match in WWE. Rumours have swirled regarding a The Rock vs Roman Reigns, but it now looks unlikely to ever happen. The Rock’s WWE looks to have ended, as he becomes the biggest star in Hollywood and the new head of the XFL.

Is the Rock retired? It looks like yes, he is. In a recent interview, he revealed that he is “quietly retired” despite loving wrestling inside the squared circle for WWE.

“I miss wrestling, I love wrestling,” Johnson said, before revealing: “I quietly retired from wrestling because I was lucky enough to have just a really wonderful career and accomplish what I wanted to accomplish.” 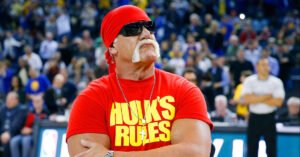