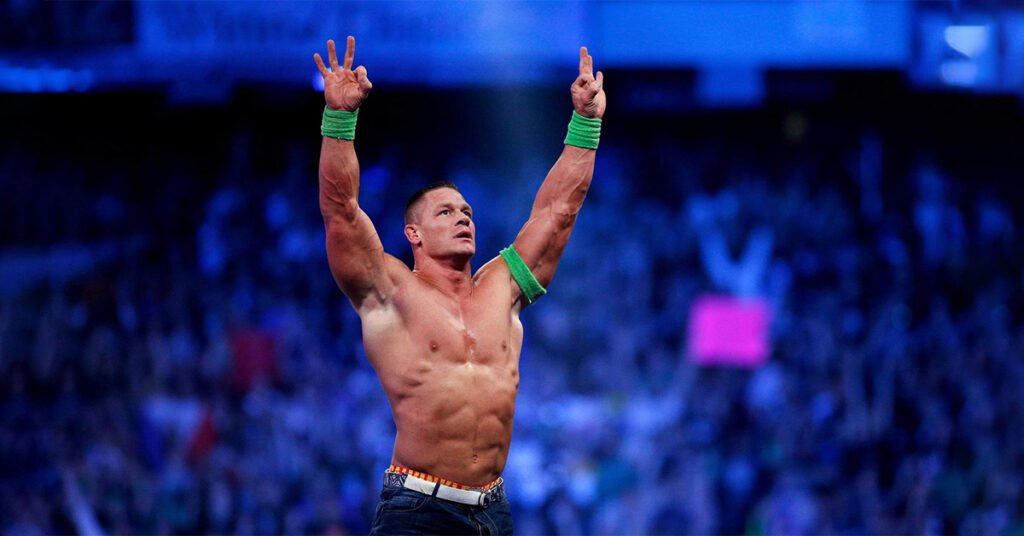 Summerslam was the last time fans saw John Cena in WWE. He lost to “the tribal chief” Roman Reigns, failing to win the Universal Championship. But will John Cena return to WWE in 2022? Is he going to wrestle any time soon?

The star attraction of the new movie “The Suicide Squad” has not been a full time wrestler since 2017. He left when he proposed to Nikki Bella at Wrestlemania 33. This was after he and Nikki beat the Miz and Maryse in a tag team match, before Cena went down on one knee and popped the question. The pair have since separated.

Will John Cena Return to WWE?

John Cena made his return to WWE until 2021, where he started a rivalry with Roman Reigns. The pair rehashed their feud from 2017, but this time over the Universal Championship. Roman Reigns beat John Cena for the second time, and Cena left once again.

In his breaks from WWE, John Cena starred in a number of Hollywood film productions. He made appearances in Daddy’s Home and it’s sequel, starring alongside Mark Wahlberg and Will Ferrell. Cena also had villainous appearances in the Transformer’s spin off “Bumblebee” and the ninth film of the Fast and the Furious franchise, “F9”.

He has made quite a name for himself in Hollywood, and is looking to transition away from wrestling and more to film. John Cena is following the footsteps of some other former WWE Champions. The Rock and Batista have both made the move to cinema, and are more well known for movies than wrestling now.

Will John Cena return to WWE?

There are currently no plans for a John Cena return to WWE. According to PWInsider, Cena left WWE after Summerslam to continue filming movies, and currently WWE have no plans to bring him back in the foreseeable future. Despite being one of the best wrestlers in WWE history he has no plans to return to the ring any time soon.

John Cena is set to star in the Matthew Vaughn written spy-thriller “Argyle”. The movie is set for release on Apple TV in the future, with Apple paying $200 million for the rights to the film. John Cena will not be available for WWE due to filming, with no word how long it will take.

While it is not known if John Cena will return to WWE for Wrestlemania, there is already talk of his potential opponent. A rumoured match with Finn Balor could be on the cards, with Balor talking about wanting to face Cena in an interview with The Mirror.

“I can’t think of a better place to face John Cena than at Wrestlemania, I’ve got a bone to pick with John, the Summerslam main event was mine, my name was printed on the contract, however, John signed it. There’s certainly an issue that needs to be settled between me and John. And if we can do that at Wrestlemania all the better.”

Finn Balor, on a potential Wrestlemania match against John Cena