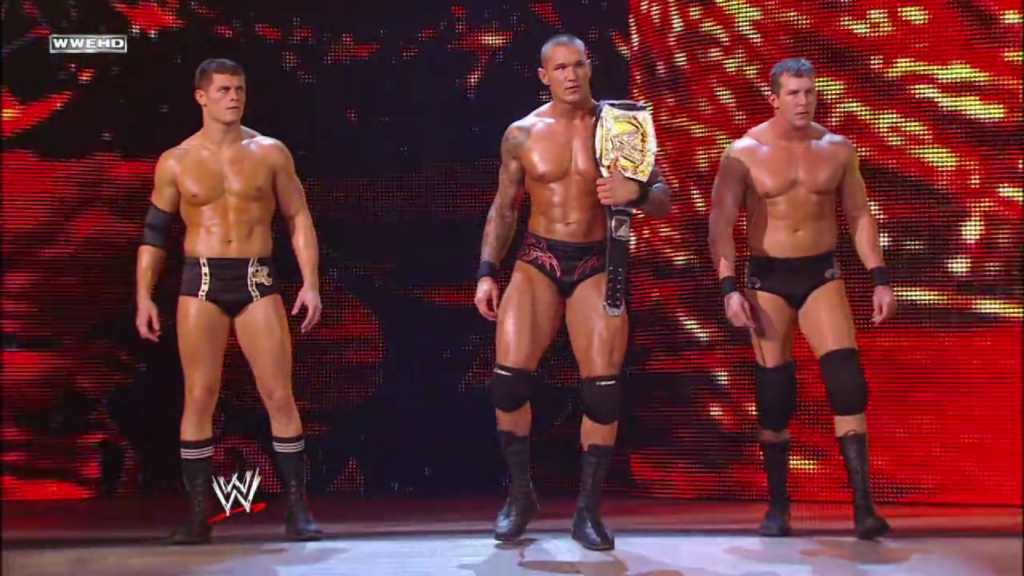 Would you like to see Legacy reunite in WWE, with Cody Rhodes and Randy Orton?

Cody Rhodes made his triumphant return to WWE at Wrestlemania 38 by defeating Seth Rollins in a surprise match at the biggest show of the year. It was the first time in 6 years we had seen Cody Rhodes inside a WWE ring and fans were excited about the prospects of seeing the former TNT Champion face other WWE stars like Kevin Owens and Roman Reigns in big money PPV matches.

With Randy Orton currently on the top of his game as one half of the WWE Tag Team Champions, there has been talk of a rumoured return for one of WWE’s most popular and influential tag teams of the late 2000s – WWE’s The Legacy.

Legacy were a tag team in WWE that lasted from 2008 to 2010. The trio in the group were WWE Champion Randy Orton and young tag team Cody Rhodes & Ted Dibiase Jr. The idea of group was Randy Orton mentoring the young duo to become top stars in WWE, whilst also using them to interfere in his matches and help him win and keep hold of the WWE Championship.

The members of Legacy in WWE were:

Ted Dibiase Jr left WWE in 2013, but with Cody Rhodes and Randy Orton back together in WWE, there are rumours of a Legacy reunion in WWE sometime in the near future. Randy Orton currently one half of the WWE Tag Team Champions with partner Matt Riddle, but fans would not be surprised to see Orton turn on Riddle and reform Legacy with his former partner, Cody Rhodes.

Cody Rhodes and Randy Orton reunited on Raw last week, teaming together to victory during the 20 year celebration of Randy Orton’s career. The pair hugged in the ring, showing the pair are still on good terms, and Cody Rhodes even posted a tribute to his Legacy team mate for his 20 years in the ring in WWE.

“I have an assortment of jovial stories about this man – but often I miss the mark on the most important aspect…Randy Orton took me under his wing; perhaps begrudgingly or not, but he did it sincerely. Up in the stands earlier in the day, in the car, in the locker room, on the apron…constantly delivering wisdom and functional advice, and it came from a place of experience and wasn’t just rhetoric. His passion for our sport is aggressive. Loud and proud. Did it his way and in the process entertained millions. Thank you. Cheers to 20 @randyorton ” – SOURCE

With the pair on such good terms, a double turn for both to reform Legacy with or without Dibiase Jr could mark the reformation of one of the greatest heel teams in WWE history.

You can click below to listen to the Legacy WWE theme song.

Would you like to see Legacy back together in WWE? Let us know in the comments or click below to read more