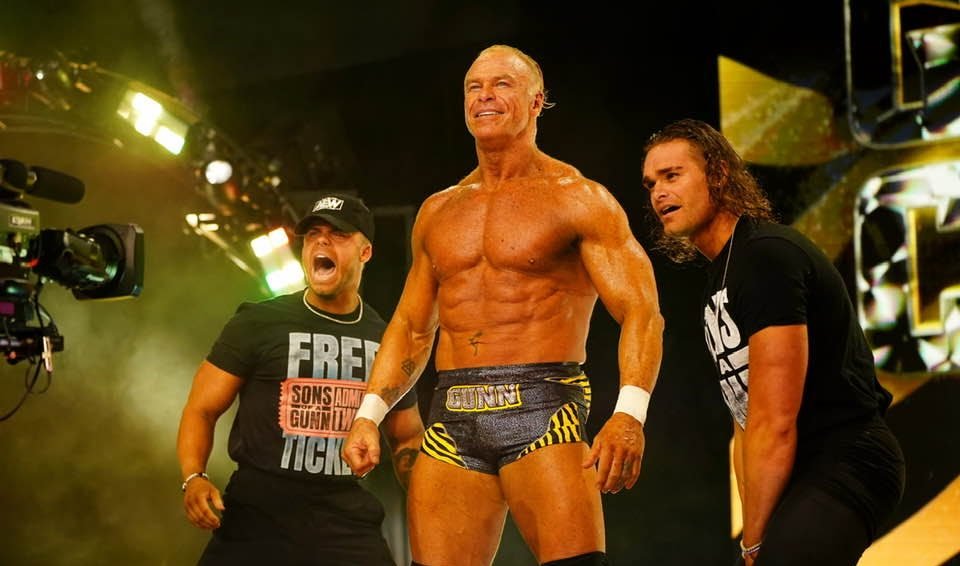 Billy Gunn has revealed what he thinks about the recent Triple H to NXT rumours, after the signing of The Game‘s long time friend William Regal to the AEW roster. Triple H recently retired from in-ring competition due to a cardiac event last September, and is reportedly still not in control of NXT, with best friend Shawn Michaels taking the reins in his absence.

In a recent interview with Wresting Inc, the 13 time Tag Team Champion was asked about whether Triple H would join Billy Gunn in AEW. Many former WWE stars including William Regal, Bryan Danielson and Adam Cole have recently joined AEW, and the interviewer was wondering whether COO of WWE Triple H would also make the jump.

Billy Gunn, however, had a very simple and disappointing reply.

The former D-Generation X member (as well as the fondly remembered Voodoo Kin Mafia in TNA) has had somewhat of a career resurgence since joining AEW in 2019. Billy Gunn made his AEW debut as a surprise entrant in the Casino Battle Royal at AEW Double or Nothing 2019, and was signed as a coach to train young, and as a part-time wrestler for the company in January 2019.

Whilst he barely wrestled at all early on in AEW, he did start teaming with his son Austin, and later his other son Colten, when they were signed to AEW in 2020 and 2021, respectively.

The trio became known as The Gunn Club, one of the fastest rising up-and-coming young tag teams in the division. With the maturity and experience of Billy Gunn nurturing the two young Gunn’s, they have grown into a formidable tag team that managed a hefty win streak and some huge matches on AEW Dynamite, including recently against the Blackpool Combat Club.

With Billy Gunn in AEW leading his sons, it is no doubt that with his experience winning Tag Team Championships the duo will be holding tag team gold sooner rather than later. With just a few years experience between Austin Gunn and Colten Gunn, the sky seems the limit for the duo who are known by Danhausen as The Ass Boys.

What do you think of Billy Gunn in AEW? Let us know in the comments or click below to read more