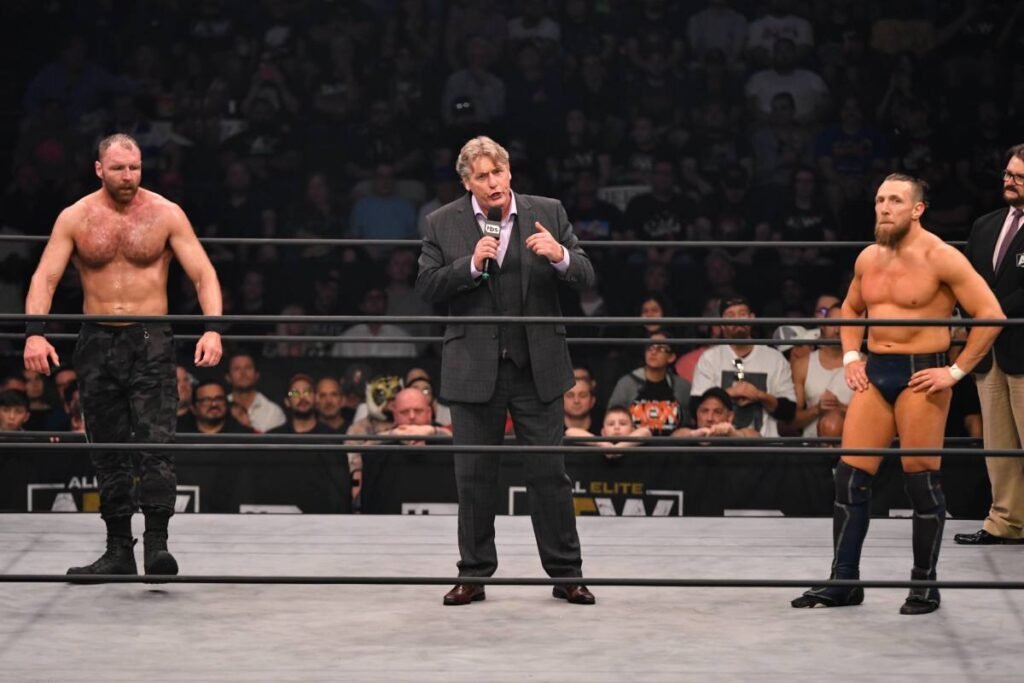 What do you think of the Blackpool Combat Club?

When Jon Moxley and Bryan Danielson stepped into the ring together at AEW Revolution 2022, few people could imagine what would happen next.

The duo fought in an incredible match where Jon Moxley picked up the shock win over The American Dragon, but it was the post-match scenes which really had people talking.

As Danielson and Moxley brawled after the match, former NXT General Manager William Regal ran from the crowd to break up the fight. Being a friend of Danielson for 20 years and battling in the ring with Moxley for 10, Regal had a close, personal connection with both the men.

He greeted them both with a hard slap to the face, ending the brawl and uniting the pair. He forced them to shake hands and walked them both to the back, and started the formation of one of AEW’s premier factions – the Blackpool Combat Club.

The group originally consisted of three men. Bryan Danielson and Jon Moxley joined forces with William Regal, after the former pair battled it out in a match at AEW Revolution 2022. The match was a brutal affair, and the post-match fighting was only quelled when William Regal, freshly fired from WWE, ran into the ring and slapped both men into submission.

On the following AEW Dynamite, William Regal cut an impassioned promo emphasising how much he respects and values to talents of Jon Moxley and Bryan Danielson. He even went so far as to call Danielson “The perfect wrestler“ and emphasised that he was the “Wrestler I should have been”.

The next week the group was named the Blackpool Combat Club, an ode to William Regal’s start in wrestling in his hometown of Blackpool, England. The trio instantly became one of the feared combinations in AEW, with Moxley’s viciousness, mixed with Danielson’s technical ability and Regal’s incredible mind for the business making them three of the most complete wrestlers in the world today.

The trio were joined by Wheeler Yuta, the young wrestlers who recently won the ROH Pure Championship, on the April 6 edition of AEW Dynamite. After an incredible battle with Jon Moxley in which blood was spilled and Wheeler kicked out of two Paradigm shifts, he was greeted by a handshake from William Regal to welcome him into the Blackpool Combat Club.

Wheeler Yuta was the first young AEW star be added to the list. However, before the formation of the group, Danielson did mention Yuta, alongside fellow up-and-coming stars Daniel Garcia and Lee Moriarty, as potential Young Lions for the pair to recruit and nurture in their own faction, a la NJPW.

Whilst Yuta’s joining into the faction was a tough one, it elevated him into a star that AEW fans have to watch weekly. The match on AEW Dynamite between Jon Moxley and Wheeler Yuta proved how Yuta is going to be a star in a very short time in AEW, despite losing to the experienced former-AEW Champion Jon Moxley.

Wheeler Yuta’s addition into the Blackpool Combat Club is a coup not just for him, but for the group. He was spinning his wheels in the Best Friends, and has the chance to learn to be a top contender under the tutelage of some of the best wrestlers to ever grace God’s green earth. Danielson and Regal mastered the European technical style, whilst Moxley is one of the best brawlers and best storytellers currently in the world of wrestling.

The Blackpool Combat Club will no doubt carry on recruiting young stars to flourish under the learning tree that is William Regal. They are the group to watch out for in world wrestling and will definitely start winning championships before too long. The AEW Tag Team Championships or TNT title could be soon to be in the hands of the Blackpool Combat Club, and we could even see Jon Moxley or Bryan Danielson as the AEW Champion before too long.

However, Chris Jericho personally chose Daniel Garcia to be a Sports Entertainer in the JAS, nixing any chance of Garcia being a part of the Blackpool Combat Club in AEW.

What do you think of Wheeler Yuta joining the Blackpool Combat Club? Let us know in the comments or click below to read more