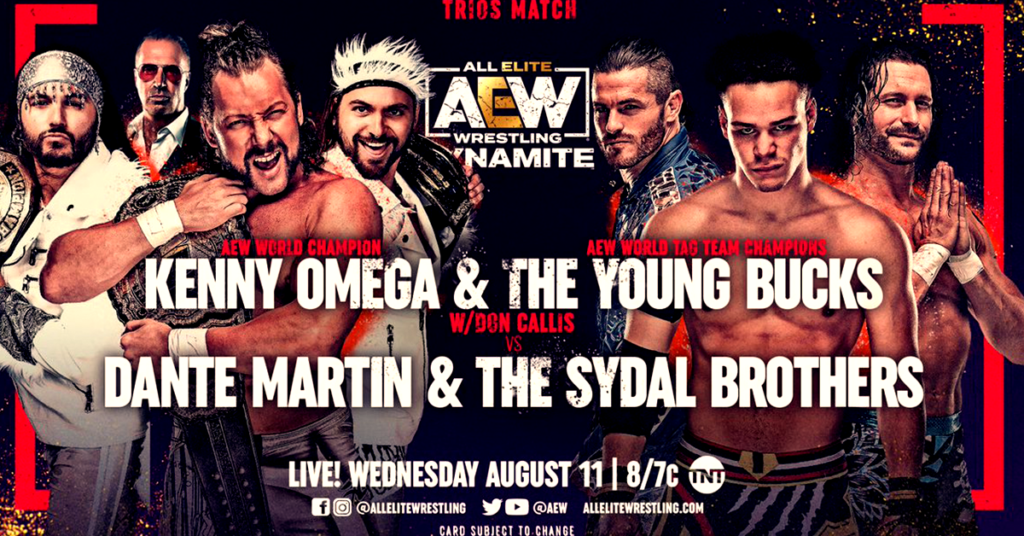 Dante Martin future star of AEW and Top Flight tag team member shocked fans on AEW Dynamite with an eye catching performance. Martin has recently been named one of the AEW breakout stars to watch for 2020.

Last night on AEW Dynamite, a trios match opened the show. Kenny Omega and the Young Bucks, who hold the AEW World and Tag Team Championships respectively, took on a lower card team who had no business facing them. It was surely nothing more than a squash match that the menacing Don Callis had set up to make his team look better. But little did they know, one man would come out of that match as a potential new star in AEW. That man is Dante Martin, and he showed Kenny Omega and co that he is the next big thing in AEW.

Dante Martin came into AEW as a part of the tag team Top Flight. The high flying duo, which also featured Darius Martin. Darius Martin suffered an ACL tear in April of 2021, and has been out of action ever since. This has left Dante to fend for himself, and as such has had little opportunity to wrestler on AEW Dynamite.

The 20 year old prospect has had matches mainly on AEW’s periphery show AEW Dark and AEW Dark: Elevation, since his partner was put out of action. The young star hasn’t had any singles matches that have caused any buzz, but that changed when he teamed up with the Sydal brothers on AEW Dynamite.

On AEW Dynamite, the Elite (Kenny Omega, Nick Jackson and Matt Jackson) took on the makeshift team of Dante Martin and the Sydal Brothers (Matt and Mike). Dante Martin last competed on AEW Dynamite when he teamed with The Varsity Blondes (Brian Pillman Jr and Griff Garrisson) against the team of Shawn Spears and FTR (Dax Harwood and Cash Wheeler). 5 months later, he was put in the ring with three of the best wrestlers in the world, and the fans in attendence did not know if he could hang with the champs.

The crowd was indifferent to Dante Martin and his partners prior to the match. Despite being the hated heels, the fans wanted to see The Elite perform. However, once that bell rang, the crowd couldn’t help but stand on their feet for the 20 year old Dante Martin.

Martin showcased incredible high flying skills that even Rey Fenix would be proud off. The way he leapt into the air defied gravity. His jumping from the top rope to the outside on the Elite had him spring boarding high into the air, with the grace of a magnificent goose that Pep Guardiola would be proud of.

Martin put himself on the map with his performance, that you can view on FITE.tv. He came across as an absolute star, especially in his closing exchanged with Kenny Omega. He countered all of Omega’s moves, but was eventually worn down and hit by the One Winged Angel. Martin countered the first attempt with an incredible escape, and his backflip out of the snap-dragon Suplex was something I’d never seen before. You can read an in depth analysis of how Omega made him a star at ProWrestlingMusings.com.

Dante Martin future star of AEW and looks set to be a mainstay in the tag division for years to come. 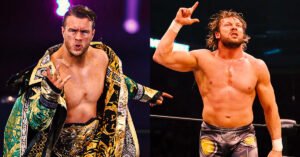 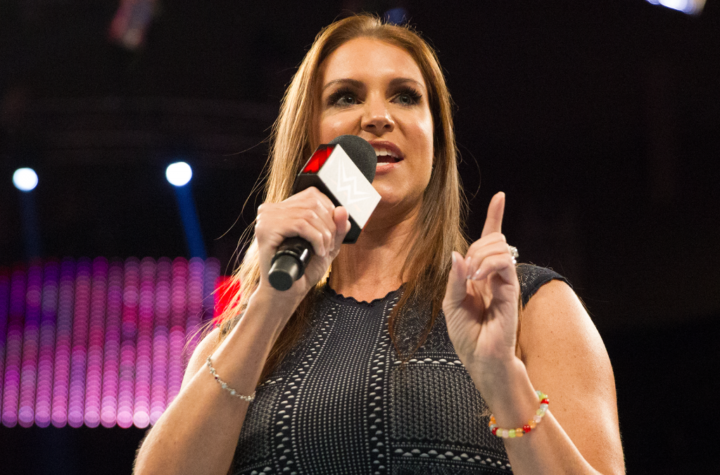 May 20, 2022 Hamish Woodward
The wrestling world was in shock today when Stephanie McMahon announced she was leaving...