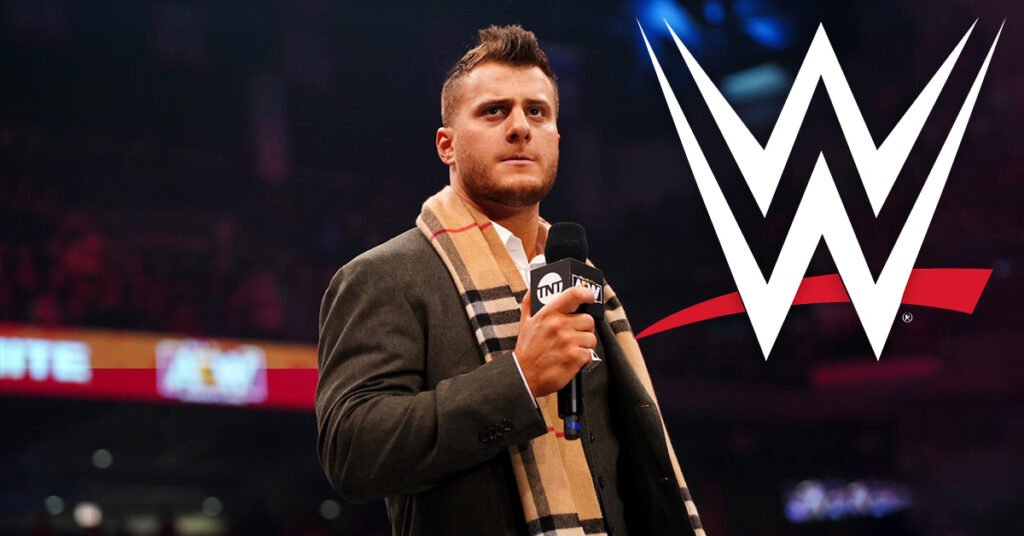 With Cody Rhodes making the leap from AEW to WWE, could be seeing an MJF WWE debut any time soon?

MJF is one of the biggest stars in AEW at the moment. He is set to take on CM Punk at AEW Revolution 2022, after defeating him not once, but twice on AEW Dynamite in Chicago. He is poised to become a future AEW Champion and a legend in AEW if he keeps up his incredible run.

But, will it be AEW where MJF writes his legend? On current speculation, an MJF WWE run could be in the books once his AEW contract runs out. A bidding war for wrestling’s most impressive young talent will surely be underway.

With MJF WWE bound, how would AEW could at losing one of the biggest homegrown stars? Would that be the final nail in the coffin for the company and an even bigger loss than the EVP himself, Cody Rhodes?

Maxwell Jacob Freidman, or MJF, has shown himself many times over to be one of the best in the world. He came into AEW as an unknown to most fans, but quickly put himself over as the loud mouthed heel who you couldn’t help but hate.

His microphone skills put him well above the rest of his peers in AEW, and over time has developed into one of the best in-ring workers in the company. Matches like MJF vs Darby Allin and MJF vs Jon Moxley are some of the best AEW matches in the companies history.

His recent work on AEW has shown him one of the best promos in the world. He cut an emotional speech about being bullied in school and how CM Punk abandoned him when he needed him most, after the 2014 Royal Rumble

Because of this, WWE has to come calling for MJF. MJF’s contract with AEW expires in 2024, and it is certain that for MJF WWE will pull out all the stops and offer the young star huge money to jump ship.

WWE recently renewed AJ Styles contract with an increase in pay, earning the former TNA Champion $3 million a year. With MJF almost 15 years his junior, WWE will surely fork out an even bigger deal for a man who could carry the company for the next 20 years.

It has been revealed that MJF did sign a contract extension some time into his AEW run. However, his current deal runs until 2024 which is when it is expected that a bidding war for the man who beat CM Punk in Chicago will begin.

During his feud with CM Punk, MJF bragged that he will be the centre of a bidding war in 2024. This added fuel to the fire of talk that he’ll jump ship to WWE when his current deal comes to an end.

Whilst all those things were said “In Character”, they still ring true for MJF. In WWE MJF would not have the creative freedom he has in AEW, but he certainly would have the pay rise to make up for it.

With a current reported salary of $200,000 a year (although I’m sure Tony Khan has given him a pay rise), MJF would surely be tempted by a move to WWE. As a child MJF WWE dream was to wrestle for the company and main event Wrestlemania, which would be a goal for adult MJF.

However, his favourite wrestler as a child was CM Punk. Punk is never going back to WWE after all the bad blood between the two that came out during the CM Punk Colt Cabana podcast, so his only shot to work with his idol is if he stays in AEW.

What does MJF say about joining WWE?

In an interview last year with Steel Chair Magazine, MJF was asked where he sees himself in three to four years time, when his AEW contract is set to expire.

“I’d say I’d be near the end of my contract. I would be the AEW World Champion, I would still be a part of the greatest faction in professional wrestling known as The Pinnacle, all of my brothers in arms would also have gold and then, at that point, the highest bidder, baby.

“Me and my boys, we’re willing to go wherever the money’s at, it’s that simple. Don’t get me wrong, AEW runs deep in me, I don’t want to leave, but I am a businessman at the end of the day, and I can’t help myself if somebody’s got an offer for me, I’m going to listen to it.”

Do I think MJF will sign for WWE? No.

MJF will likely stay in AEW and grow into one of the best of all time, if he carries on at his current rate. An MJF WWE run would water down one of the best promos on the planet, and it would be a sorry waste of talent to have him reading out some awful promo a terrible writer on RAW has written.

I hope MJF stays in AEW, although I won’t begrudge MJF WWE money that he has earned in his three short years in AEW.

Do you think MJF will sign for WWE? Would you like to see MJF stay in AEW or see an MJF WWE match? Let us know in the comments or click down below to keep reading.