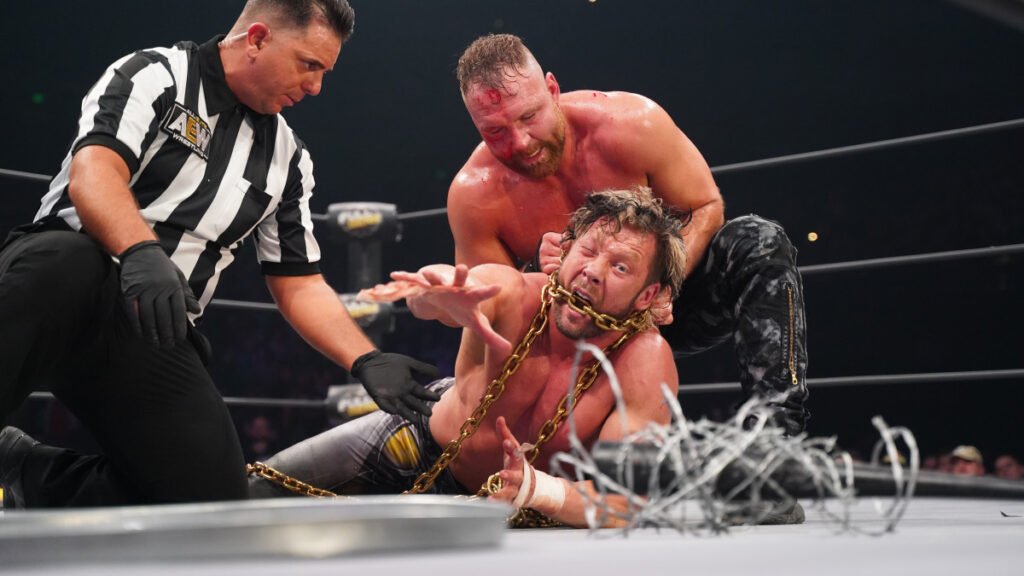 Top AEW star Jon Moxley recently return to the company after three tough months away. Moxley was due to compete against Orange Cassidy in November, but pulled out due to him seeking help with an alcohol addiction. With the full support of everyone in AEW and the wrestling world, he spent three months getting help before returning at last weeks AEW Dynamite.

On his return he cut an incredible promo about his own demons (as well as telling a fan to fuck off). It was a moving speech that resonated with many fans in the arena and at home.

Is Jon Moxley returning to WWE?

NBA legend Charles Barkley was quick to say how proud he was of Jon Moxley after his troubles with alcohol issues. Barkley lost a brother to addiction so he is familiar with how people struggle with addictions with alcohol and drugs.

On his podcast, Charles Barkley said this about Jon Moxley and revealed he is also a huge wrestling fan.

“Hey, this is serious right here. I know y’all don’t know this guy, his name is Jon Moxley. You guys know I’m a big wrestling fan. Shout out to The Rock. Hey Rock, we always gonna be close. I do all the stunt work. Y’all don’t know this, when y’all see his body, that’s me actually [Barkley joked].

So I watch a lot of wrestling, so Jon Moxley is a star on our network actually [TNT]. This is not a homer-pick. He wrestles for, you know — shout out to Chris Jericho. So Jon Moxley, he’s one of the biggest stars — yes, AEW. He left three months ago for alcohol treatment.

You know I had a younger brother who passed away so I know a lot about addiction and he just came back this week and I just want him to know — we never met. I just wanna say man, I’m really proud of him.