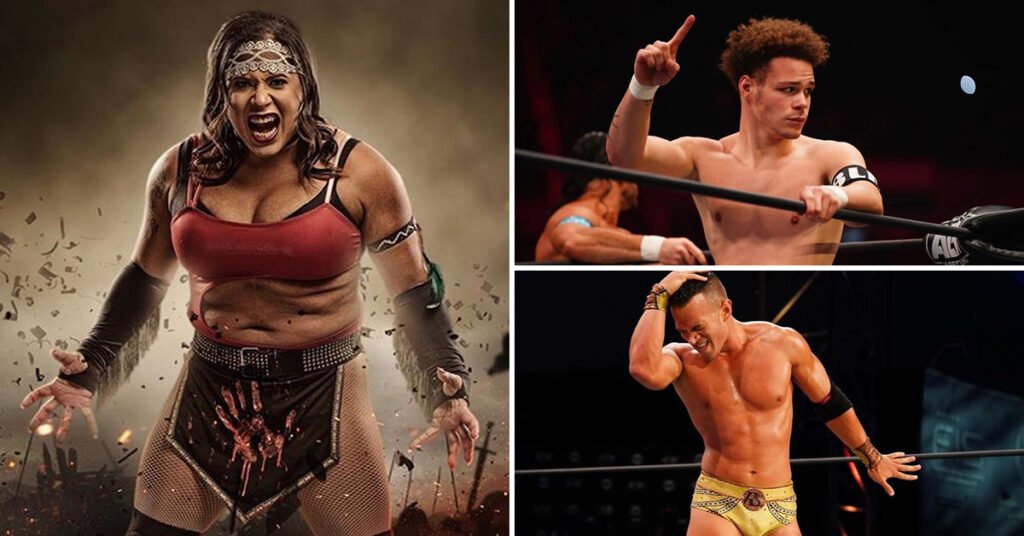 Who are all the Black Champions in the history of AEW? Who will be the first Black wrestler to hold the AEW World Championship?

With recent controversy surrounding the release of Big Swole from AEW, the perceived lack of diversity in the company has become the talk of the wrestling world in recent weeks. Tony Khan retorted to Swole’s accusations on Twitter by revealing her deal was not renewed because her “wrestling wasn’t good enough”. Multiple wrestlers have given their view and the talk of the lack of black wrestlers, wrongly or rightly, has become a huge talking point online.

With all this talk and accusations of racism, we here will take a look at all of the black champions in AEW history. Whilst AEW has clearly been big advocates for diversity and has featured champions from all walks of life, Big Swole seemed to be talking only about the black experience in AEW.

If we were looking at all the non-white champions in AEW, then there are a huge amount of wrestlers to choose from. Current AEW Tag Team Champions The Lucha Brothers are from Mexico. Half of all AEW Women’s Champions have been Japanese, and the TNT Championship recently changed hands from a Bulgarian to a Cuban American.

With Jade Cargill just days away from facing Ruby Soho for the inaugural TBS Championship, there could yet be another name added to this list. However, we will add that if and when it happens.

Here are every Black Champions in the history of AEW.

Scorpio Sky was the first Black champion in the history of AEW.

After their title win, Sky had a high profile feud with Chris Jericho on AEW Dynamite. He pinned the then-AEW Champion in a Tag Team match, earning himself a shot at the AEW Championship. He was unsuccessful in winning his first singles gold in AEW, but would continue defending his tag team titles until losing them to Adam Page & Kenny Omega on the Jericho Cruise.

Sky is currently in the tag team “Men of the Year” being managed by the foul mouthed Dan Lambert. He recently unsuccessfully challenged Sammy Guevara for the TNT Championship, before it was won by Cody Rhodes.

However, she did not stop her quest to become AEW Women’s Champion there. Nyla Rose continued working hard, racking up wins on AEW Dynamite and AEW Dark. She soon rose up the rankings and earned herself another shot at taking the championship off Riho.

She would lose the championship to Hikaru Shida later in the year, before teaming up with Vickie Guerrero as her manager. She was soon taken off TV, and was recently in the semi-finals of the TBS Tournament, losing to finalist Ruby Soho.

The third and final wrestler on this list is the current reigning and defending FTW Champion, Ricky Starks. As a member of Team Tazz, Starks has been heavily featured on AEW since his debut against Cody Rhodes in mid 2020. Since then, he joined up with Tazz, Brian Cage, Will Hobbs and Hook as part of Team Tazz.

Whilst the FTW Championship is seen as an “Unrecognised” Championship, it has been defended on AEW TV. In fact, Starks won the championship from fellow Team Tazz member Brian Cage on AEW Dynamite. The pair wrestled on Fyter Fest in 2021, with Ricky Starks picking up the victory.

Starks has recently suffered from injuries in AEW that have kept him out of the ring. He suffered a neck injury from a bad bump in a match against Adam Page, but has been kept busy on TV as a commentator on AEW Rampage. He is earmarked as a future star in AEW and will surely be a TNT Champion at the minimum in the future in AEW.

Check out our article on every Black World Champion in WWE.