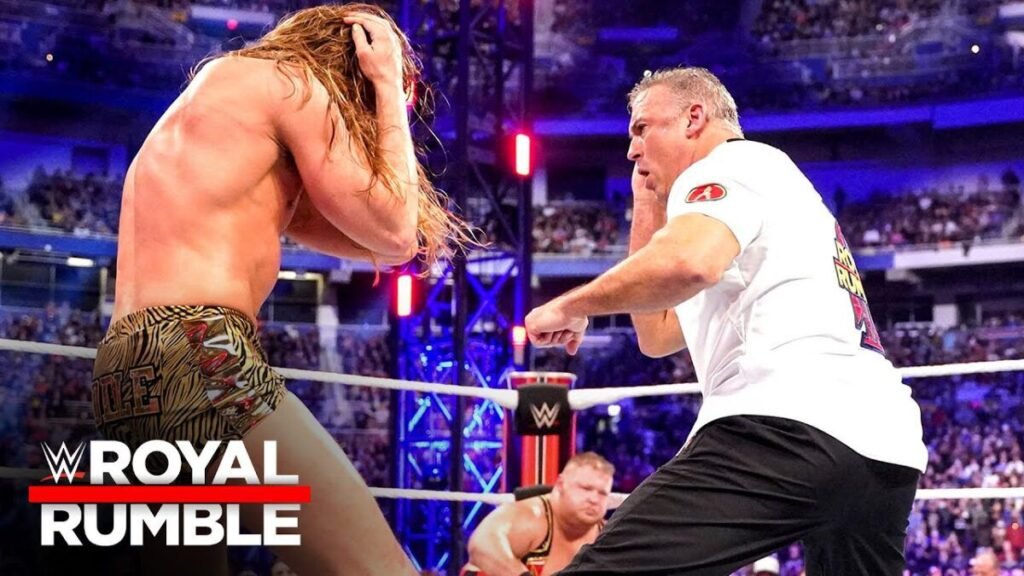 Shane McMahon returned to WWE at the 2022 Royal Rumble and the son of Vince McMahon looks set for an extended stay in WWE.

Shane McMahon last wrestled against Braun Strowman at Wrestlemania 37, but returned as a surprise entrant at the 2022 Royal Rumble. He eliminated Kevin Owens after entering at number 28, and lasted until the final four until he was eliminated by the eventual winner Brock Lesnar.

It is currently unknown who Shane McMahon will wrestle at the Elimination Chamber in Saudi Arabia or at Wrestlemania. His elimination of Kevin Owens could suggest the pair will clash, but as of now WWE have not decided who he will wrestle.

Dave Meltzer of the Wrestling Observer commented on Shane’s returning, noting that Shane “has a match on the books but it was said to have not been finalized a few days ago which is evidently why they did no angle with him (at the Rumble).

The Elimination Chamber pay-per-view is scheduled to take place in Jeddah, Saudi Arabia on Saturday, February 19. Meanwhile WWE will host Wrestlemania 38 at the AT&T Stadium in Arlington Texas. The event will be a two night spectacular which WWE is marketing as “Stupendous”. The event will take place on the 2nd of April and 3rd of April.