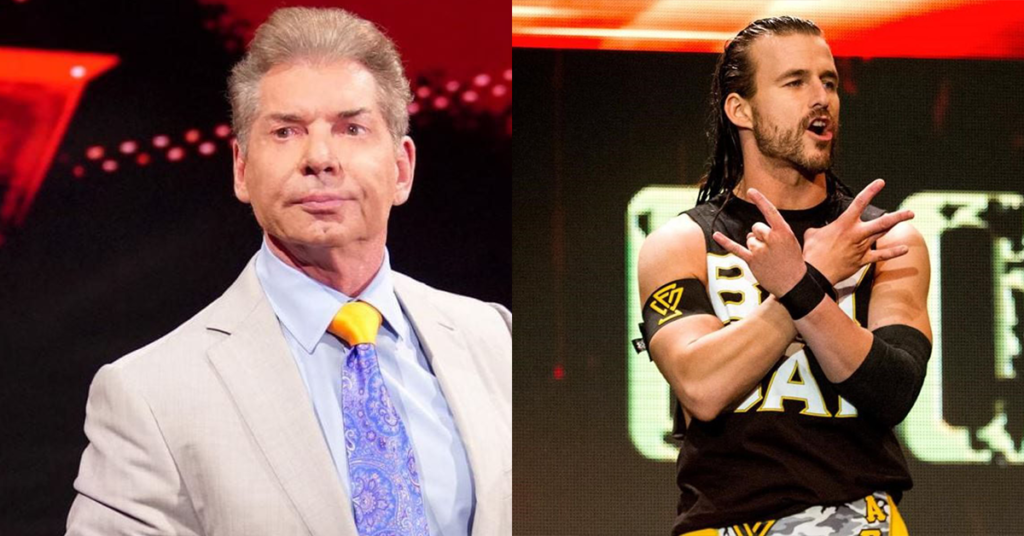 Some of the best wrestling storylines of all time have taken place in WWE. The Undertaker Wrestlemania streak. Steve Austin vs Vince McMahon. Randy Savage and Miss Elizabeth. Kane being revealed as the Undertaker’s long lost half brother. Go back 20 years and WWE was seen as the creative powerhouse in wrestling. Their stories were intricately weaved and had the audience feel compelled to watch them. Fans needed to tune in each week to see the next chapter in Austin vs the Rock or Daniel Bryan’s rise to the top. But stars like Adam Cole and Bryan Danielson have left WWE partly due to creative issues in recent years.

But WWE have gone stale. They don’t have the creative spark they once have.

And their television shows are unbearable.

WWE is floundering creatively next to their biggest rivals, All Elite Wrestling. Wrestlers are leaving WWE due to poor creative and to try something new in AEW. Bryan Danielson left WWE because he wanted to be part of what AEW is trying to build, to better the industry. If your top stars want to leave your company to “better the industry” then you must be doing something really wrong.

The height of WWE’s creative bankruptcy has been revealed just today. Adam Cole (BayBay) made his AEW debut this Sunday at All Out, amidst a huge offer from WWE to stay. A multi-million dollar offer was reportedly on the table for Cole, but he went with his friends to AEW. Reports of WWE’s plans for Adam Cole are frankly horrific and the “creative” team should be ashamed of themselves.

Vince McMahon allegedly planned to have Adam Cole called up as a manager. He wanted Cole to manage Keith Lee, who himself has been mismanaged awfully on the main roster. In a Lio Rush/Bobby Lashley type situation, Adam Cole was to hide behind his client Keith Lee, as the yapping puppy behind his WWE Superstar human.

There is no excuse for this idiocy. WWE wanted to take one of the best in ring talents in the world and put as a mouthpiece for Keith Lee. Don’t let this make you think I don’t love Keith Lee. Keith Lee should have been WWE Champion by now, he has literally everything to be the top star in WWE. I have no idea how WWE managed to mess him up but after the last few years, anything is possible.

Adam Cole was to be put as the mouthpiece for a much larger man in WWE. Clearly, as everyone thought, Vince McMahon thinks he’s just too small to main event. Billed at six foot tall but clearly smaller (asK Zack Sabre Jr) Adam Cole is on the smaller size of wrestlers. But that doesn’t mean he doesn’t have what it takes to be a star. Daniel Bryan showed that it’s not about how big you are, its about how good you are. Cole could have shown WWE that, but they wouldn’t even give him the chance.

They also wanted to give him a new name. Apparently people would confuse him with everyone’s favourite commentator, Michael Cole. Knowing WWE, they’d have stuck him with some god awful name like FapSack or Tiny Adam. Shortened later on to just Tiny. Or Fap.

The fact that WWE would think any of this is a good idea shows just how out of touch they are to their audience. Vince McMahon has been at the helm of WWE since 1982. Nearly 40 years of being constantly running this company, writing stories and getting people over. You cannot do anything to the best of your ability without rest. I don’t think Vince has truly rested his entire. Friends and colleagues have said he hates sleep, and gets by on as little sleep as he possibly can. That’s not healthy physically or mentally. He runs the WWE with an iron fist, with himself and no-one else as the head honcho. No idea makes it to TV without his approval. But how can he make good TV when he doesn’t understand what people want?

What WWE want isn’t what the fans want

Clearly WWE, for the most part, don’t understand what the fans want.

And it’s working for them, clearly. They’ve never been making as much money as they are right now, and there are rumblings of a potential sale on the horizon. Saudi Arabia are paying them around 12 trillion dollars to bring Yokozuna back from the dead to face off against the Prince’s CAW at the next event (probably). Financially they’ve never looked better and WWE should be lauded for that.

However, Monday Night Raw is an unwatchable nightmare, and WWE have failed consistently to build new stars.

A reddit user pinpoints one huge issue with WWE tv. The number of rematches is unbelievable. In 2021, WWE have had 160 matches that have taken place as rematches, compared to 16 in AEW. WWE feels like you’re watching the same show, week in week out, and looking at the stats, you are. Fans had to sit through 6 very similar bouts between Big E and Apollo Crews. Both incredible athletes, but not even Rock and Austin could face of 6 times in a couple of months and keep the fans invested.

These endless rematches and WWE’s 50/50 booking means they’ve struggled to build new stars. Only in the last couple of years, with the loss of big talents like John Cena and Dean Ambrose, have they committed to giving now stars a chance. WWE refused to let anyone be the top dog in WWE since the Shield broke up and Roman Reigns took over as “the new John Cena”.

WWE’s insistence on pushing Roman Reigns as a face shows just how out of touch with their audience they are. Fans were booing the Big Dog out of the building yet WWE still had him win the Royal Rumble in 2015. Even THE ROCK got booed by mere association with Roman Reigns. WWE saw him as the future of the company, and refused to deviate from their plan despite the fans hatred of him.

Which is also very odd, as WWE are known for their lack of long term storytelling. Vince McMahon is known for ripping up the script hours before Monday Night Raw goes on air, much to the chagrin of the writers tasked with writing the show. This means that they can’t possibly craft interesting and intriguing stories, with barely hours to write a three hour television show.

WWE has all the money in the world right now. They have never been more profitable. But no company is too big to fail. People knew WCW was doomed when they were in the prime creatively, when the NWO were on top. Bigger companies than WWE have failed, and if they can’t get new fans on board with them over the next 5, 10, 20 years, then WWE could go the way of all the companies it killed before them.