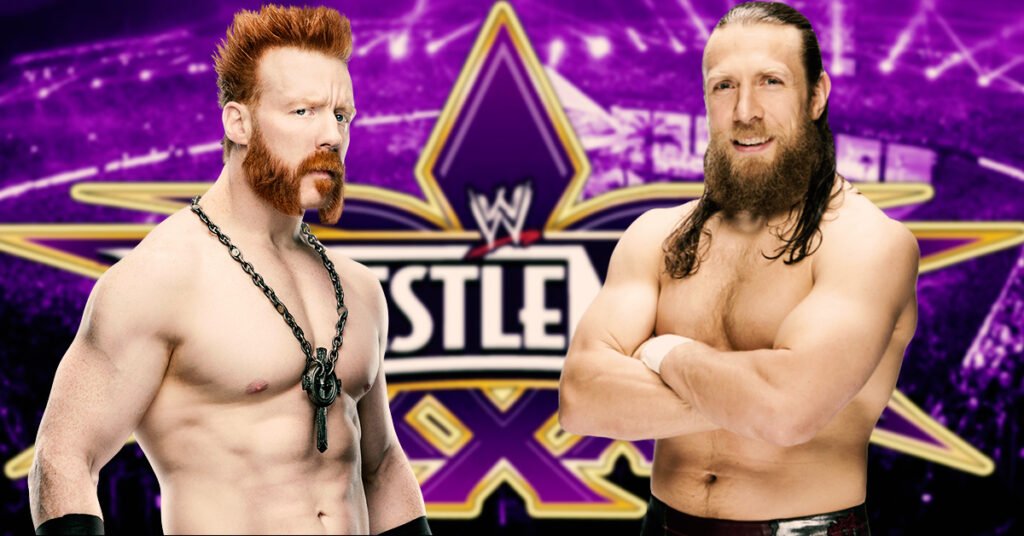 WWE has produced a myriad of dream matches over the years. John Cena vs The Rock, Bret vs Owen, Undertaker vs Shawn Michaels. There’s no limit to the incredible bouts WWE have managed. However, despite this, there have many WWE dream matches that never happened due to one reason or another. However, there are also many matches that were planned to happen but various circumstances never occurred. These never happened due to reasons such as death, terrorism and a star quitting the company.

The first match on the list of WWE matches that were meant to happen is one that was advertised to take place, but was cancelled due to a tragedy. CM Punk was the fastest rising star in WWE, and was the most popular man on the ECW roster.

Bobby Lashley vacated the ECW Championship after being drafted to Raw in 2007. Vince McMahon, who himself had won and lost the ECW title to Lashley, forced the superstar to vacate the title in a final act of vengeance.

Benoit was allegedly set to become the ECW Championship, with CM Punk revealing the pair were going to “Beat the piss out of each other” in their encounter.

However, Chris Benoit would go on to murder his wife and his son, and then himself on the weekend of the pay per view. The match would therefore be changed.

Despite the despicable actions of Chris Benoit, fans have long wondered what the match between the two would be like. Both men were supremely talented in the ring. I’m sure it would’ve been one of the best CM Punk matches of all time.

In 2005, Muhammed Hussan was one of the most hated heels in WWE. Sadly for him, he was also one of the most hated behind the scenes aswell. Hassan rubbed other wrestlers the wrong way for a variety of reasons, for reasons such as being pushed so hard so early into his career. Other wrestlers found him to be disrespectful to the older veterans, and that he had no earned his spot in the company.

One instance that came to light was during a WWE tour in Japan. As a joke toward the superstar, Kurt Angle told Muhammed Hassan to ask Eddie Guerrero to stop using his finishing move, the Camel Clutch, in the ring.

This is common in wrestling, with wrestlers wanting to protect their finishers by not having it being kicked out of in matches not featuring them. However, what Hassan did not know is that the move was invented by Eddie’s father.

However, it was not Eddie who took offence to this rub. He reportedly hugged Hassan afterwards, once the locker room found out then Hassan had hell to pay. He was forced to pay the wrestlers $2000 bar tab that night and was shunned from the locker room thereafter.

After some tasteless “terrorist” angles with Hassan, UPN forced WWE to remove Hassan from all their programming. This was due to the 7/7 bombings in London gaining mass coverage.

The network not wanting to promote terrorism on it’s programme. Hassan was actually set to beat Batista for the World Heavyweight Championship at Summerslam 2005. Sadly he was released from the company prior to the event and missed out the chance to become the youngest world champion of all time.

In 2012, Mick Foley was enjoying his retirement, but anchoring for a WWE return. He was set to face off with FCW graduate Dean Ambrose, now known as Jon Moxley, in a match at Summerslam 2012.

The match was supposed to tell the story of an angry Ambrose, blaming Mick Foley for years of abuse aspiring wrestlers on the independents put themselves through, trying to mirror his career. He even blamed Foley for the deaths of wrestlers trying to emulate his hardcore style.

However, the feud got a little but too heated for Mick Foley. Ambrose began targeting Foley in public, and autograph signings and the like, and even targeted his family on social media.

Foley tried to reach out to Ambrose regarding the issues. However, Ambrose never received the messages until it was too late and Foley was irate. He cancelled the match and refused to work with Ambrose.

The pair patches things up, however, and the feud was set to go on, but alas it never happened. Mick Foley was never cleared the wrestle again by WWE, owing to years of injuries and wear and tear.

Instead, Ambrose would become part of the Shield, with Seth Rollins and Roman Reigns. He would go on to win the WWE and AEW Championships in a long and storied career. It is the biggest cross generation match on the list of WWE matches that were meant to happen but never did.

Daniel Bryan was also between feuds, having not even been part of the 2014 Royal Rumble despite crowds BEGGING WWE TO PUSH THEIR FAVOURITE STAR IN THE WHOLE WORLD!

Daniel Bryan was at the peak of his popularity at this time. Fans were taking over WWE shows, chanting for nobody but Bryan and booing whenever he wasn’t on screen.

As far as WWE fans were concerned, Daniel Bryan needed to be louder, angrier and have access to a time machine. They would not accept just a run of the mill grudge match against some like Sheamus.

So obviously the original plan was a run of the mill grudge match against someone like Sheamus. The person most like Sheamus in the whole world. Sheamus. Fella. In the list of the WWE matches that were meant to happen , it certainly is one that was meant to happen.

Luckily for fans of The Dazzler, CM Punk walked out after the 2014 Royal Rumble, reshuffling the whole card and thrusting Bryan into the main event.

He beat Triple H in the opening match, earning his way into the main event of Wrestlemania. Here he wrestled against Batista and Randy Orton for the WWE Championship. Daniel Bryan won the match and achieved his dream of being WWE Champion.

Sadly he did not get to face Sheamus in a boring midcard match, while Orton vs Batista main events Wrestlemania. That would have gone down as one of the worst Wrestlemania matches of all time.

Two of the greatest all time in Shawn Michaels and Eddie Guerrero never faced each other in the ring. However, in a cruel twist, they were set to face off against each other mere months after Guerrero’s untimely death.

Not much is known about the bout the two were meant to have. Reports have suggested that Michaels was very high the match Guerrero. The pair were two of the best wrestlers on the roster in WWE, so the match they were going to have would surely be a classic.

Bruce Pritchard revealed that the match was going to happen at Wrestlemania 22. However, due to Guerrero’s passing, WWE moved to plan B with Shawn Michaels facing Vince McMahon instead at Wrestlemania.

That was a great hardcore match, but on the level that these two all time greats would have done. Rey Mysterio, representing Eddie’s legacy, did go on to win the World Heavyweight title at Wrestlemania. He beat Randy Orton and Kurt Angle, after winning the 2006 Royal Rumble.

This match is definitely the biggest “what if” in the list of WWE matches that were meant to happen but never did.