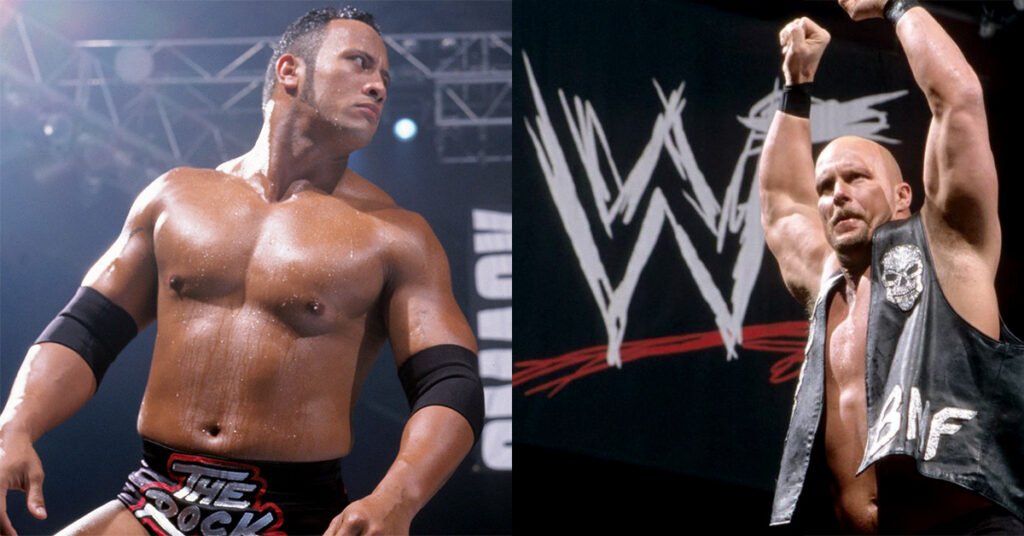 WWE, in it’s many productions including their “Monday Night Wars” series, declares that they lost fans after the attitude era due to buying up their competition. Their reasoning is that people were interested in the “war” aspect, and that the WCW fans didn’t want to watch WWE so just quit. But did WWE lose fans because they bought WCW?

That part is true. WCW fans did just stop watching. But that doesn’t mean WWE would lose any fans. How can you lose fans when those people never even watched your show? WCW fans simply quite watching wrestling, and never really came back. The viewership has dwindled significantly for WWE, where the 10 million who watched in the 90s now are a measly 2 million at most.

Here are some of the reasons why did WWE lose fans because they bought WCW, or was it other reasons?

Why WWE lost fans after WCW

He was one of the biggest draws in WWE. When he took regular breaks to film movies, and eventually left completely for Hollywood, viewers decided to stop watching. People tune into to WWE to see their favourite stars, and when one of them leaves, you’re left wanting. That adds to my next point, which is…

Wrestle X7 is seen as the end of the Attitude Era, one of the golden ages of WWE. Steve Austin led the WWE roster in a fight against WCW, by feuding with his evil boss Mr McMahon. The feud was so relatable, and Austin so good in his role, that he became the most popular wrestler in the world, maybe of all time.

However, Steve Austin shook the hand of his former foe, Vince McMahon, and turned heel at the end of Wrestlemania X7. This left WWE without their top babyface, and the most popular man in wrestling. Coupled with the Rock leaving WWE for Hollywood, and Hulk Hogan sitting out for a few years before re-joining, there was no huge star to attract fans. They didn’t want to watch a bunch of guys they didn’t know, so they simply didn’t. This was due to…

The lack of draws in the main event was a big issue for WWE post-Invasion. Most of the top WCW Talent didn’t make the jump to WWE immediately. This left just the WWE main event talent, who while popular, were a step below Austin and the Rock.

Mick Foley had already retired (not that he wouldn’t come back later, but fans didn’t know that). The Undertaker was his “Big Evil” character which did not pull the same numbers as his The Deadman Undertaker character. Rikishi was being pushed into the main event, after being part of a comedy tag team for the years prior. His run at the top was a failure and never drew the numbers they wanted. Big Show was overweight and didn’t care about his work, and was never a real main event draw. Triple H and Shawn Michaels were injured and not coming back any time soon. There was a dearth of main event talent and it showed. Kurt Angle was the only real star in the main event, with Kane just below him.

Some big failures in the mid card also had a huge effect on WWE losing fans. Chris Benoit was on the cusp of the main event before suffering a long term injury. Jeff Hardy and Eddie Guererro both had drug issues, which caused Eddie to be fired from WWE. Wrestlers like Perry Saturn and Rikishi never hit the heights expected of them. WCW’s midcard were stronger than WCW’s but they were never given the spotlight to impress in WWE.

The lack of undercard gave people even less reason to tune in. If the main event isn’t appealing to them, a lacklustre mid card certainly isn’t. It highlight just how much Steve Austin and the Rock were carrying the WWE at this time, before they started losing fans.

Diamond Dallas Page. Look no further as to how one company can completely bury a potential main eventer. DDP was one of the biggest stars in WCW, and despite his age would have been a great tranisional main event talent in WWE. Missing out on DDP vs the Rock “People’s Champ” feud is ridiculous and reeks of pettiness from Vince McMahon.

Booker T was another who came in with the invasion and was treated as an afterthought, not on the level of the WWE talent. Maybe if they’d treated the WCW talent with respect, maybe WCW fans would have stuck around. Sting even said it was the reason he didn’t join WWE, because they didn’t treat WCW wrestlers with respect. Now AEW Legends Sting has left WWE after joining AEW, and we never got to see The Undertaker vs Sting. Now we can see matches like Sting vs Darby Allin, or Sting vs CM Punk instead.

If you want to read more from us, check out Bryan Danielson vs Kenny Omega

Or, check out WWE worst names ever!