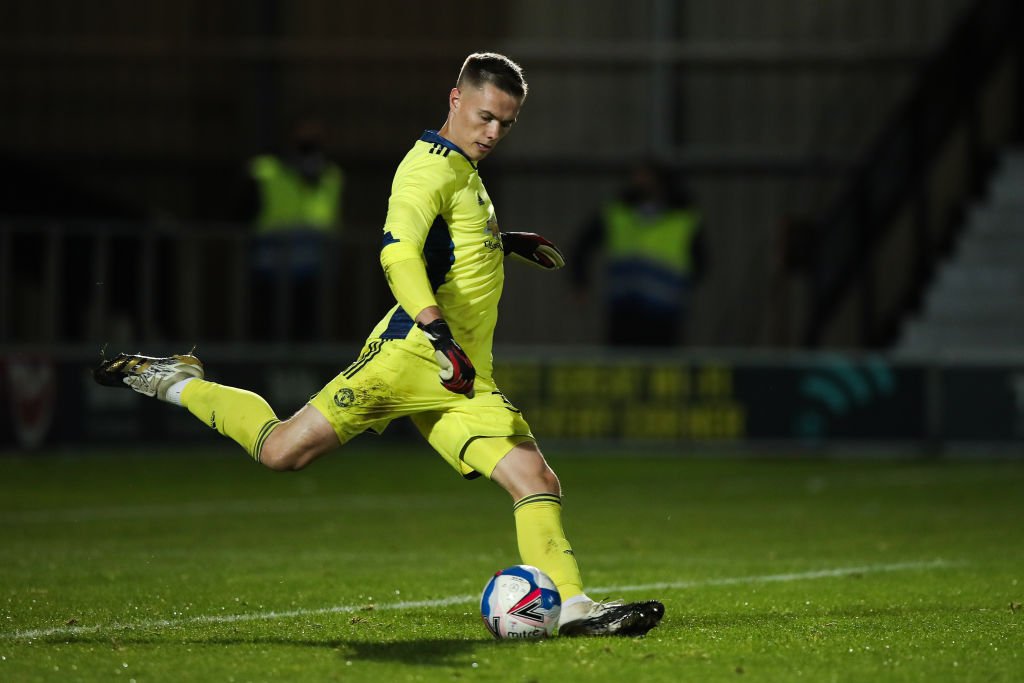 Manchester United Goalkeeper Nathan Bishop has left the club this week. He is joining League Two side Mansfield Town on loan until the end of the season.

The 21 year old shot stopper joined Manchester United from boyhood club Southend United, who he made 31 appearances for. He joined the Red Devils in 2020, at the age of 20.

The youngster has yet to make an appearance for Ole Gunner Solsjkaer’s side. But he has impressed Mansfield boss Nigel Clough enough to sign the youngster for the remainder of the 2021/22 seasons.

“Nathan is a promising young goalkeeper with good experience in League One with Southend” Clough told Manchester Evening News, “He showed a degree of maturity in that time, which will have hopefully improved further in the past 12 months.”

“He is the best we can get in this position.” He added, showing how highly he thought of Bishop during his spell at Southend. The Manchester United Goalkeeper will stay at Mansfield for the season.

Clough is the son of legendary English manager Brian Clough. He led Nottingham Forest to back to back European Cup trophies. Clough followed his fathers footsteps into management. He has managed Derby County, Burton Albion and Sheffield United before finding his current role at Mansfield Town.

Bishop would be added to the long list of Manchester United Goalkeepers sent out on loan to gain experience. Dean Henderson spent two years on loan at Sheffield United before settling in at Old Trafford, while Watford Keeper Ben Foster spent time on loan with The Hornets after joining The Red Devils.

Bishop will hope to emulate those keepers. Their loan spells away from United earned them a chance to play at Old Trafford, and earn their first caps with the England National Team.

Bishop himself is no stranger to England, having played in the Toulon Tournament for the England Under-20 team in 2019. He made his debut against Guatemala, keeping a clean sheet in a 4-0 victory.