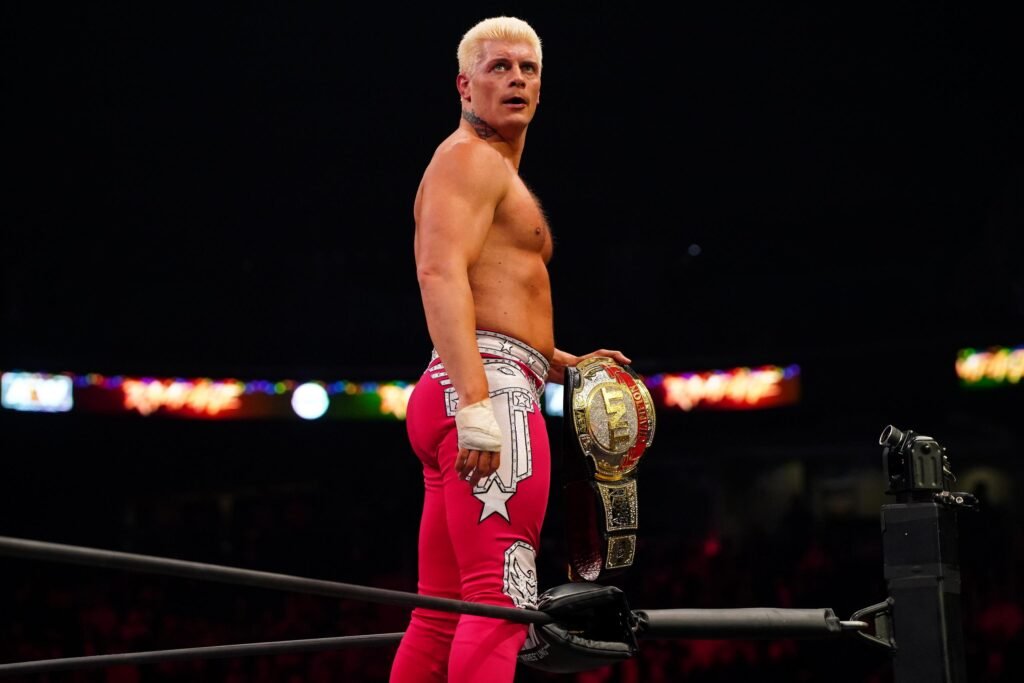 What do you rank Cody Rhodes’ last AEW match?

Cody Rhodes made his WWE return at Wrestlemania 38, in a fantastic match against Seth Rollins. The former AEW Executive-Vice President put in a match-of-the-night performance when he defeated Rollins with three Cross Rhodes and a Bionic Elbow, and homage to his late father Dusty Rhodes.

Before that, he had spent three years wrestling for the start-up promotion All Elite Wrestling. Cody Rhodes helped found AEW in 2019, and was one of the biggest stars in the early days of the company. He had some huge matches in the promotion, against the likes of Dustin Rhodes, Chris Jericho and Brodie Lee.

However, the fans began to turn on Cody Rhodes in 2021, and he refused to change his character or turn heel. This made fans despise him more, and his segments were regularly some of the least enjoyed on the show by many fans. Talk of the Codyverse, a set of storylines that had no impact on the rest of the show, did not help his image as somebody out of touch with the AEW fans.

Eventually, he would decide to leave AEW to join WWE again, for the first time since 2016. However, he would leave with a bang, with Cody Rhodes last AEW match being one of the best matches in the companies short history.

Sammy Guevara had defeated Dustin Rhodes (Cody’s brother) the week prior to become the interim TNT Champion. This was because Cody Rhodes missed the show due to COVID, and a unification ladder match was scheduled for the following week.

The match was one of the best matches in AEW history. Both men put their all on the line and pulled off some amazing looking yet incredibly dangerous spots. The highlight of the match was Sammy Guevara launching himself from the top rope, onto a ladder and then immediately hitting Cody Rhodes with a diving cutter from 15 feet in the air. The pair came crashing to the mat in spectacular fashion.

After a match that Dave Meltzer rated five stars, Sammy Guevara climbed to the top of the ladder, retrieved both belts and became the Undisputed TNT Champion.

Unbeknownst to many, this would be Cody Rhodes’ last AEW match. The former TNT Champion left AEW a month later upon the expiry of his contract, ending a three year relationship with AEW. He would then sign for WWE and make a re-debut appearance at Wrestlemania 38, defeating Seth Rollins.

What did you think of Cody Rhodes last AEW match? Let us know in the comments or click below to read more