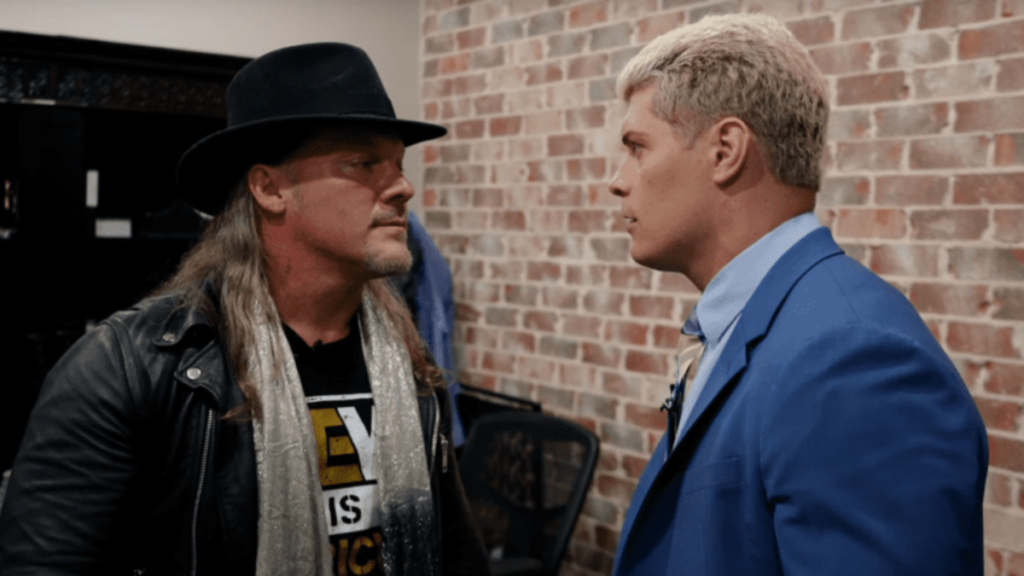 However, with Cody Rhodes now in WWE, fans are wondering whether or not Chris Jericho will return to WWE any time soon. In a recent interview with Kurt Angle on The Kurt Angle Show, Chris Jericho talked about Cody Rhodes leaving AEW and how how he felt about Rhodes being the first big name to jump from AEW to WWE.

He’s the first, but once again I go back to pat when when Vince Russo left WWE just a month or two after I got there.” Chris Jericho said to Kurt Angle, “And this is when everyone thought that Vince was kind of the head writer and it was a real shake-up. It was very surprising. ‘Russo’s on (WCW Monday) Nitro!’, ‘What? He’s supposed to be… He’s on Nitro? Oh no ,it’s not…’. And Pat (Patterson) said ‘I’ve seen them come and I’ve seen them go. As long as Vince (McMahon) is here and the guys that are here… It doesn’t matter”.

“And Cody was a pillar of our company when we started and a lot of people thought that he was the boss. He wasn’t the boss. Tony (Khan) is the boss. He’s always been the boss. I think maybe the company changed a little bit for Cody over the last few years but I was surprised.”

Cody Rhodes made his WWE return at Wrestlemania 38, using his AEW Theme music, entrance attire and look. It is a far cry from his days as Stardust in WWE and many fans, and Cody himself, hope to see a Cody Rhodes WWE Championship run some time in the near future.

What do you think of Chris Jericho on Cody Rhodes? Let us know in the comments or click below to read more