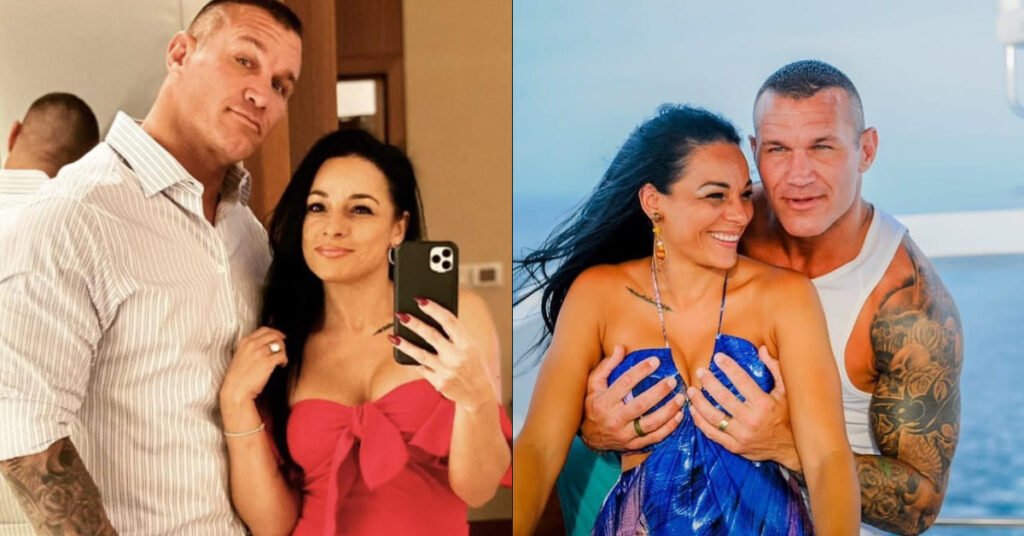 Randy Orton is married to Kim Orton (nee Kim Kessler), a WWE fan who he met during a WWE show after spotting her in the crowd. It was a WWE live event that Randy Orton met Kim, after Kim had seen him on TV while her children were watching WWE. She immediately fell for Orton, and decided that she was going to go to see WWE and meet him in person.

Kim Kessler was also a part of the Randy Orton fan club and was delighted to be able to see Randy Orton in the flesh.

Randy Orton’s wife revealed her intentions behind going to see WWE Live to meet Orton on a special episode of WWE’s Table for 3. It was a special edition of the WWE network show, featuring wives of three top WWE superstars. Kim Orton met with Giovanna Angle (Kurt Angle‘s wife) and Reby Hardy (Matt Hardy‘s wife) to discuss their husbands careers and how they dealt with being married to a WWE superstar.

“I went to a show. I knew he was gonna be there and like in my mind three years before I met him I would always say to everybody like ‘Oh God, if we ever made out that’s it, he is gonna fall in love with me. That was like my thing. I say ‘I put it in in the universe and it gave me my thing.'”

She also went on to claim that  “In my brain, way before I met Randy, he was my boyfriend.”, making it a happy coincidence that he noticed her in the crowd that night and asked her out for a date. The pair would later get engaged and be married with Orton being the stepfather to Kim Orton’s children.

However, Kim Orton is not Randy Orton’s first wife…

Randy Orton’s first wife was a woman named Samantha Speno, who dated Randy Orton during his time in WWE. The pair were married in 2007 and had one daughter together. However, allegations of infidelity ran rampant surround Randy Orton. It unknown if that was the cause, but the pair separated in 2012, around the time he met his current wife Kim Orton.

The pair would divorce in 2013, whilst Randy Orton would marry his current wife two years later in 2015.

Did you know how Randy Orton’s wife met him? Let us know in the comments or click below to read more