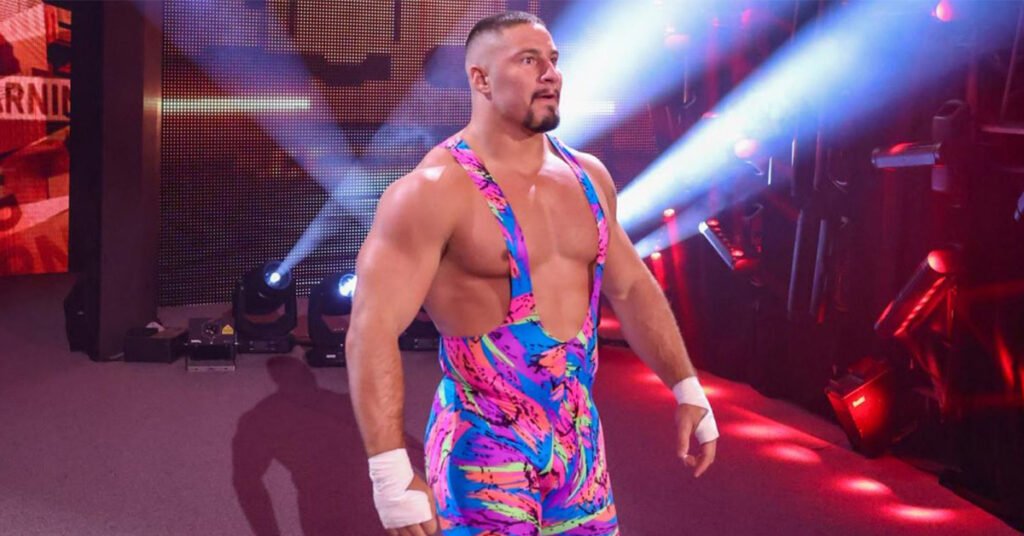 WWE has given their talent some of the worst wrestler names in history. For every great name, there is a terrible which is so bad it makes you feel bad for even watching them.

Hulk Hogan. Stone Cold Steve Austin. The Ultimate Warrior. The Undertaker. Naming a wrestler can be everything to a character, and these are all examples where WWE hit their mark perfectly. If a wrestlers name does not reflect who he, or she, is as a character, then it can turn a crowd on them in a moment. Who Stone Cold be the megastar he was if he was given the name “Chilly McFreeze”? (Yes, that was actually an idea from creative as what to call him).

Would Hulk Hogan be the icon of the 1980s if he came into WWE as “Terry Boulder”?. Would Bret Hart have been the legend that he was if he had been the “The Cowboy Bret Hart” in the WWF? I think. Having a great name is a huge aspect to a wrestlers character, which makes WWE’s recent trend of picking the worst names possible even more confusing. Some of the worst WWE wrestler names in history have come in the last few years, although there are some fantastic older ones which you just love to hate.

Here is my list of the worst WWE wrestler names in the history of WWE.

When Retribution made their WWE debut, they looked like a very topical outfit. Thought to be inspired by the recent ANTIFA riots of the time, Retribution looked to come in to WWE to change the system or burn down the place. After fire bombing the performance centre, the WWE Universe became concerned about what these radical, lets face it, terrorists were going to do next.

So, to counter this, WWE gave them all WWE contracts. Turns out they were all developmental wrestlers who had wrestled in NXT. These attacks didn’t get them fired, it got them better contracts. However, there was a downside. They all had to wear ridiculous masks and get ridiculous names.

The worst of these names is definitely Slapjack. It is the name given to Shane Thorne, who had been a finalist in the Dusty Rhodes tag team classic and one of the best tag team wrestlers in NXT the years prior. He was joined by Mace, T-Bar and Reckoning, in the quadruplet of god awful names.

I am not going to expand on this. They decided to name a WWE wrestler Lucky Cannon.

It is the worst WWE wrestle name of all time.

When your father is Rick Steiner and your uncle is Scott Steiner, you’d expect to get their last name. He was given it as first, as Bronson Rechsteiner name was changed to Rex Steiner before his NXT. Rex Steiner is a great name, so obviously Vince and co. had to change it at the last minute.

So, Tuesday night was when saw the NXT debut of Bron Breakker. It is such a significant downgrade from Rex Steiner, and also completely erases his heritage. Which would be fine, if he didn’t want to be associated with his family. But Bron Breakker came out in classic Steiner brothers attire, and made it all too obvious who his dad is. Hopefully when he gets called up to the main roster, they change his name back to Rex Steiner. Or probably just call him Bron, stick him in a wheelchair and make him talk about Ravens.

Bob Holly is a veteran wrestler who was known as one of the toughest men in wrestling. He was also known to take liberties with younger wrestlers in the ring, giving him the reputation as a bit of an arsehole. He reportedly asked WWE to make him the WWE Champion, and when asked for story ideas, he simply replied “And then I beat everyone!”

No matter how much of an arsehole and uncreative he was, Holly was a solid hand in the ring and veteran who could held the younger talent. He entered a WWE title feud with Brock Lesnar in 2004, after the Best broke his neck with a powerbomb.

But did you know he was originally a racing car driver called Thurman “Sparky” Plug. It was back in the times where WWE was terrible, and everyone had to have some kind of job outside wrestling. Like how the Undertaker was a…well, Undertaker, Sparky Plugg was a racing car driver. Who had to moonlight as a wrestler for some reason.

Chad Gable was almost an Olympian, just missing out of the 2012 London Olympics in the amatuer wrestling. He signed with WWE with much promise, and showed fantastic in ring skills in NXT. He soon developed a partnership with Jason Jordan, showing great charisma and mic skills.

WWE, however, decided that he is short haha lmao so he should be called Shorty G. You know, because of his height. Or lack thereof! Get it! He’s small!

He should’ve been Kurt Angle’s son.

Viper was the name that the now Doudrop was known by when wrestling on the independent scene. She was one of the best and fastest rising stars on the British female independent scene. When she signed for NXT UK, they changed her name from Viper to Piper Niven. It took some getting used to, but adding the second name did make more sense for her going forward.

Then she gets called up on the main roster. She is brought in as the muscle for The World Worst Wrestler Eva Marie. If that wasn’t bad enough, her name was changed from Piper Niven to Doudrop. The name itself comes from the flower, dewdrop, which is a good inspiration for a name. Wrestlers like Mandy Rose have taken inspiration from flowers and crafted a great name from them. However, just having the name Doudrop sounds ridiculous and should really be changed back to Piper Niven.

I don’t even know. A giant fat man in a nappy called Bastian Booger. For a man who was known as “The Mad Monk” Friar Ferguson, having a worse name is impressive.

I have nothing to add because what more can you can that isn’t encapsulated by simply repeating his name.

Kane is rightly regarded as one of the greatest big men in WWE history. He wrestled under the name (and sometimes mask) of Kane since the characters debut in 1997, wrestling his latest match at the 2021 Royal Rumble. His hall of fame worthy career was capped off by a hall of fame induction that same year.

However, he did not come in to WWE as Kane. He made his debut as “Mike Unabomb” as house shows in 1995, a reference to the Unabomber Ted Kaczynski. However, that name would not stick, and he would debut in June 1995 under a new moniker.

He debuted as Dr Isaac Yankem DDS, Jerry Lawler’s private dentist. Whilst AEW have proved that a dentist character can work with Dr Britt Baker DMD, Kane’s character did not work, partly due to the name. The obvious pun to the nature of a dentist’s work on yanking teeth out of customers mouths was cartoony and stupid. The need for wrestlers to have jobs as well as wrestling was a stupid decision, but having such a ridiculous pun-filled name was an awful decision. It’s very lucky he got away from the name and gimmick, or else his WWE career would be a lot shorter than it actually was.