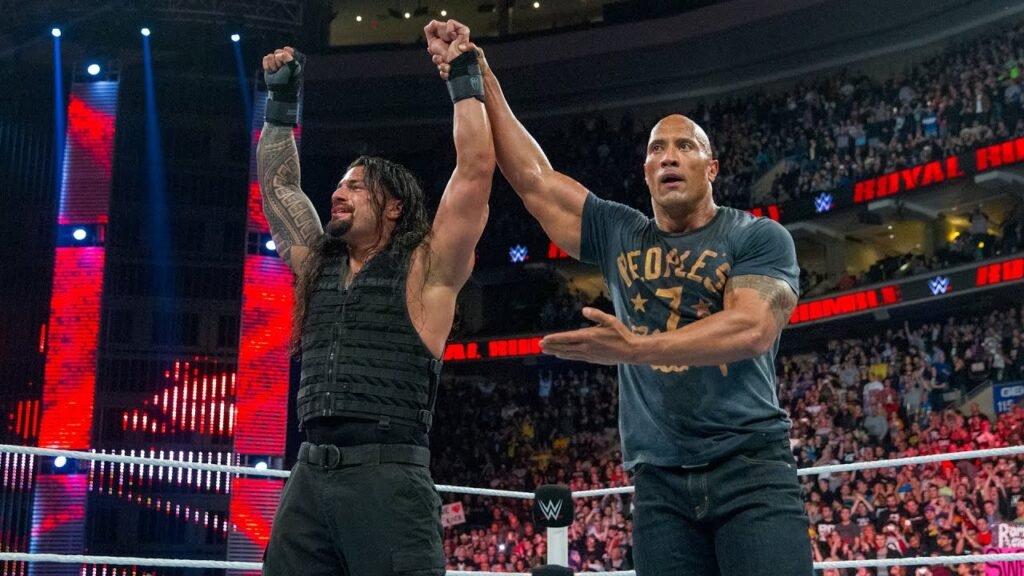 The Rock vs Roman Reigns is the plan to main event Wrestlemania 39, according to recent sources. The Rock, real name Dwayne Johnson, hasn’t wrestled since his impromptu bout against Erick Rowan at Wrestlemania 32, with his last real match being his loss to John Cena at Wrestlemania 29.

According to Dave Meltzer of the Wrestling Observer, WWE has tentative plans to promote The Rock vs Roman Reigns as the main event match of next years Wrestlemania. It will be the 39th edition of the legendary wrestling event, and will see of the biggest WWE stars clash in a huge main event of the two night spectacle.

On Wrestling Observer Radio, Dave Meltzer spoke about a potential Rock vs Reigns match, indicating that The Rock wants to do the match, but between his busy schedule and the re-launch of the XFL next year, nothing about the match is “set in stone” just yet.

“The situation with The Rock is exactly what you’d think,” Meltzer said, “The belief is Rock wants to do it. They believe that is the probable main event but they are all very aware that there are things that can get in the way and it could not happen.”

“The working idea is that match for Roman Reigns against The Rock for Los Angeles. It is absolutely not etched in stone by any means. That’s been the idea for months and months and months. That’s not a surprise but nothing has changed in the sense he hasn’t backed out and they are of the opinion that he really wants it because time is running out on him.”

“If he doesn’t do it, he gets a year older each time. Is it gonna happen? It’s out of everyone’s hands…” – SOURCE

A match between The Rock and Roman Reigns has long been theorised by WWE fans. The pair are cousins, and The Rock was called in to help Roman secure victory in the 2015 Royal Rumble match.

Roman Reigns is the biggest current star on the WWE roster, and a victory over a legend like The Rock will help cement him as one of the greatest WWE superstars of all time.

Roman Reigns vs the Rock was even teased on the latest episode of “Young Rock”, which you can see below.

Would you like to see Roman Reigns vs The Rock? Let us know in the comments or click below to read more