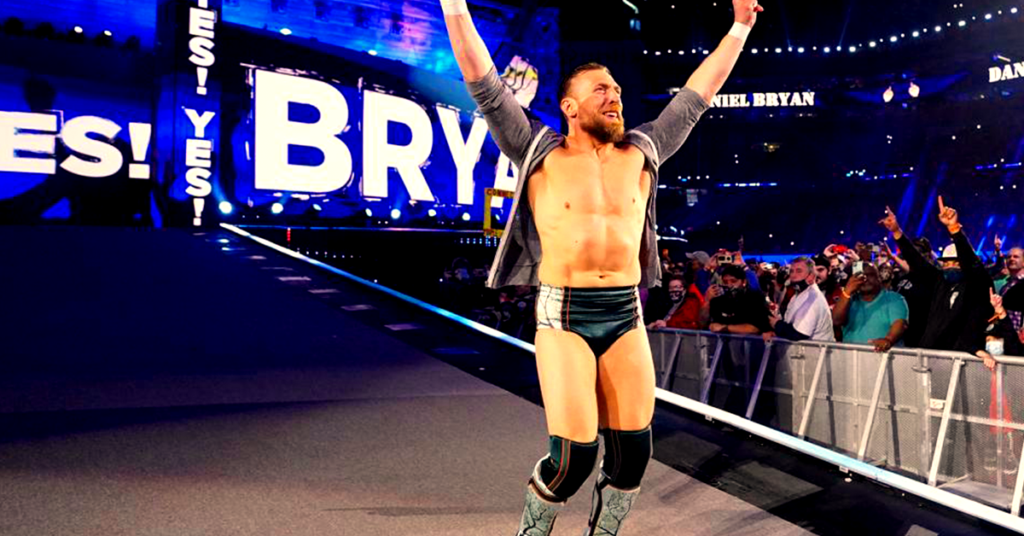 This Wednesday, Bryan Danielson, formerly known as Daniel Bryan, will make his AEW debut on AEW Dynamite. The show, entitled “AEW Grand Slam”, will feature Bryan Danielson taking on AEW Champion Kenny Omega. The match won’t be for the title, but is a dream match for all fans of wrestling, from WWE fans to NJPW to AEW fans.

However, before his bout with Omega, Danielson wrote an article thanking WWE for everything they have done for him. Danielson made clear on his AEW debut to say how much he loves WWE and how hard a decision it was to leave. So, it was a not a surprise when he published this thank you letter to WWE for the world to see prior to his debut.

You can read the full letter here, and I won’t copy and paste the whole thing. However, one part did stick and that is the part addressed to “The Big Man”. It is heavily assumed this means Vince Mcmahon, as Danielson claims he does not like to be acknowleged. Vince is famous for not wanting wrestlers to mention him in their hall of fame speeches, so this fits perfectly.

The part about Vince Mcmahon goes as follows:

Thank you to the Big Man, who I know hates to be acknowledged. I won’t say much, but thank you for the conversations, the life lessons (about both what to do and what not to do), and the best hug I’ve ever received. I wish more people could see you how I see you.

I loved my time in WWE. Needless to say, it changed my life. I met my wife, had unbelievable experiences and made great friends. Some of you, I may see again…. and I hope that I do. But these last two years have taught us not to take that for granted. So I just wanted to tell you all how much you’ve meant to me. I’m grateful that you allowed me into your lives, and that you came into mine. I’ll cherish these memories forever.

Thank you for reading — and most of all, thank you for caring. Sincerely, Bryan Danielson

While he will miss his time in WWE, exciting things are ahead for Bryan Danielson in AEW. Bryan Danielson takes on Kenny Omega at AEW Grand Slam. You can watch live on TNT in America or on Fite.tv outside the United States.

You can ead more AEW articles on Atletifo.com. Check out the Elite AEW and AEW video game legends