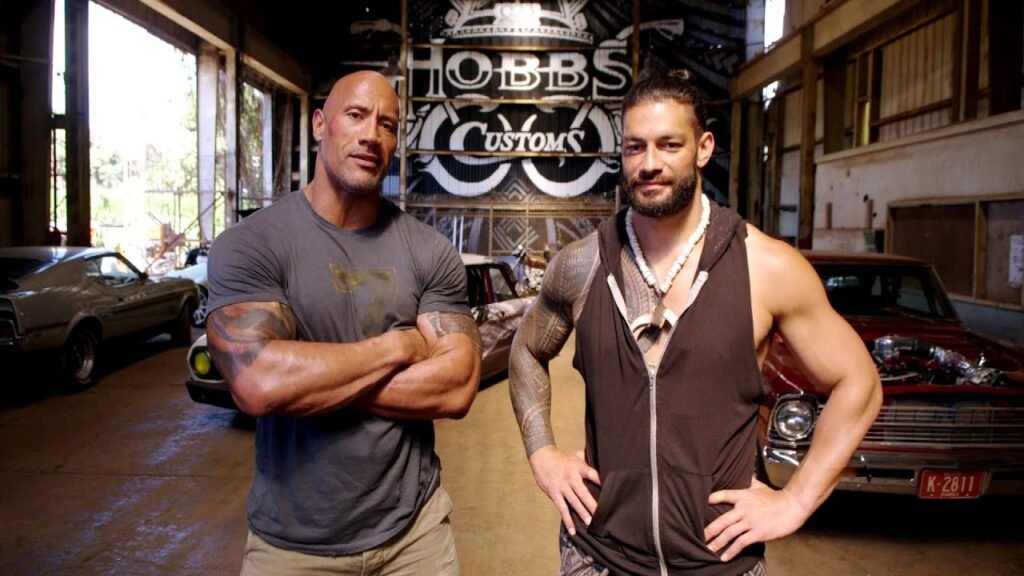 Roman Reigns Hollywood ambitions could spell disaster for WWE, despite WWE President Nick Khan expressing great enthusiasm about his foray into the world of acting.

A recent house show promo has Roman Reigns giving a cryptic speech that implies he is not long for WWE, fuelling rumours of him leaving the promotion to join up with his cousin The Rock in Hollywood. Reigns had a small role in the latest instalment of The Fast & Furious franchise “Hobbs and Shaw” and seems to have wetted his appetite for acting.

When asked recently about Roman Reigns potentially making the move to Hollywood like his cousin Dwayne “The Rock” Johnson, Nick Khan claimed that WWE have “big plans for him to cross over” and follow in the footstep of the man Roman Reigns is rumoured to face at Wrestlemania 39.

Speaking to The Town, the WWE President had a lot to say about Roman Reigns’s ambitions to make it as a Hollywood actor and how he has the entire WWE machine behind him to make it a reality in the future.

We think he’s certainly up there. We have big plans to help him cross over, which we think will be great for him and certainly great to do with him.”

While Roman Reigns looks likely to follow in The Rock’s footsteps (and to a lesser extent John Cena and Batista), Khan notes the bad advice that The Rock was given in his early years and how Reigns would not make the same mistake in distancing himself from WWE during the transition from WWE to Hollywood actor.

“I think he was given advice early on to, ‘Hey, get rid of the muscles. Don’t be a handsome leading man. Distance yourself from WWE.’ You saw the result was like the Tooth Fairy movie. He, to his credit, like Vince and like other people, has the unique ability to see things clearly. Instead of saying, ‘Hey, this Tooth Fairy thing was great! I made X number of millions of dollars on it!’ It was more, ‘This is not what I want this to be.’ It wasn’t authentic.”

Is Roman Reigns does make the transition to Hollywood then it leaves WWE in quite a bind in regards to their main event scene. Vince McMahon and company have put all their eggs in the Roman Reigns basket over the last few years.

Since his debut in 2012, few superstars have been as protected as Roman Reigns. He has won all championships available to him in this time, including winning the Royal Rumble in 2015 and coming in as runner up on multiple occasions.

It’s not just the number of championships he has won that have been the issue. He has been at the forefront of the World Championship scene for the past few years and has at times held the title hostage, dominating the program and making it all about him.

He has held the Universal Championship for going on two years at this point, demolishing all-comers with no end in sight. He became the first man to defeat Finn Balor’s The Demon (in dubious circumstances), and even pinned two men at once (WWE legends Edge and Daniel Bryan) in the main event of Wrestlemania. No-one has ever been so dominant in WWE before.

He even defeated Brock Lesnar, WWE’s most brutal and dominant wrestler over the past 10 years, in the main event of Wrestlemania 38. That win made him a double champion, as alongside defending his 600+ day reign as Universal Champion, he captured the WWE Championship to add to his roster of gold.

And therein lies the problem. Nobody has even come close to beating Roman Reigns in the past two years. Everybody from Brock Lesnar to Kevin Owens to even Goldberg has tried and failed to take down the Tribal Chief.

It’s just not fun anymore. There’s nobody left to beat. As the famous quote goes “And Alexander wept, seeing as he had no more worlds to conquer.“. The quote suits The Big Dog to a tee. Roman Reigns is leaving WWE, with nobody left to beat. Sure, he will lose to championships eventually, likely to Drew McIntyre or in a main event Roman Reigns vs Cody Rhodes match. But he has nothing left to achieve in WWE, and he has done that at the expensive of the entire WWE roster over the past decade.

Vince McMahon has booked himself into a corner by sacrificing his entire roster for a man who looks intent on leaving the company for bigger and better things. Cesaro, Finn Balor, Dean Ambrose and many more were sacrificed at the alter of Reigns and it looks certain that it was all for naught.

Do you think Roman Reigns will leave WWE for Hollywood? Let us know in the comments or click below to read more